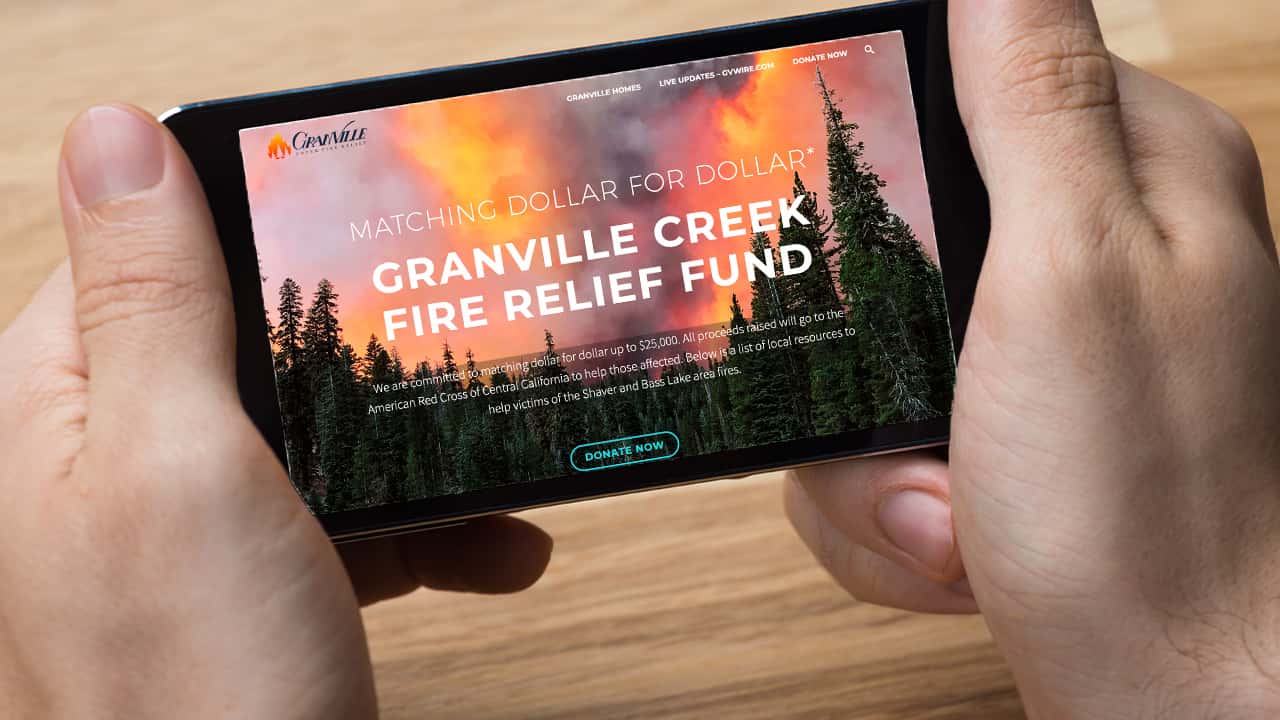 Granville Homes launched a Creek Fire relief campaign on Wednesday aiming to raise $50,000 to assist those affected by the wildfire.

The company pledged to match, dollar for dollar, the first $25,000 in contributions made through the Granville Creek Fire Relief Fund website.

The site also includes links to other local resources and organizations that are gathering supplies or providing support to fire victims.

“It is heartbreaking to see the devastation the Creek fire has brought to the mountain communities in the Sierra,” said Granville Homes President and CEO Darius Assemi.

“I have spoken with friends who were among those who lost their homes and all of their worldly possessions, and I pray for the safety of those who are still in harm’s way.” 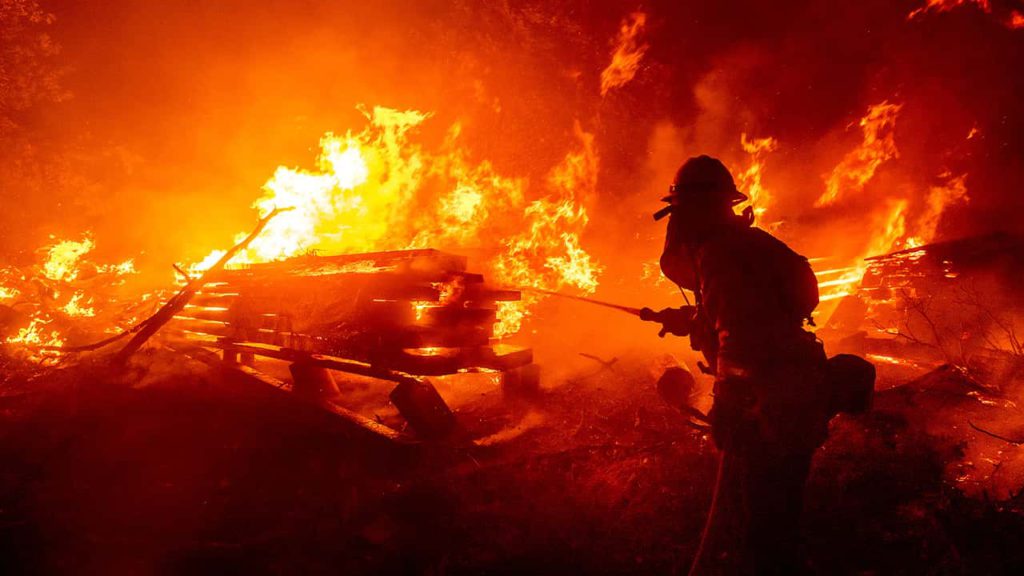 A firefighter battles the Creek Fire as it threatens homes in the Cascadel Woods neighborhood near North Fork on Monday, Sept. 7. (AP Photo/Noah Berger)

Money raised through the Granville Homes effort will go to the American Red Cross of Central California. The organization is offering support services to those displaced by the fire, which has so far burned more nearly 153,000 acres and destroyed at least 360 structures.

The Creek Fire has displaced nearly 12,000 people in Fresno and Madera counties, a Cal Fire official said. An estimated 30,000 tourists and hikers were forced to evacuate, officials said.

The displaced residents are from communities in the path of the fire, including Shaver Lake, Big Creek, Auberry, Huntington Lake, and  North Fork, among others.

“The American Red Cross is working alongside government and community partners to provide shelter, food, and comfort for people forced to leave their homes with little notice as a result of the Creek Fire…” the organization said on its website.

Darius Assemi, President and CEO of Granville Homes, is the publisher of GV Wire.