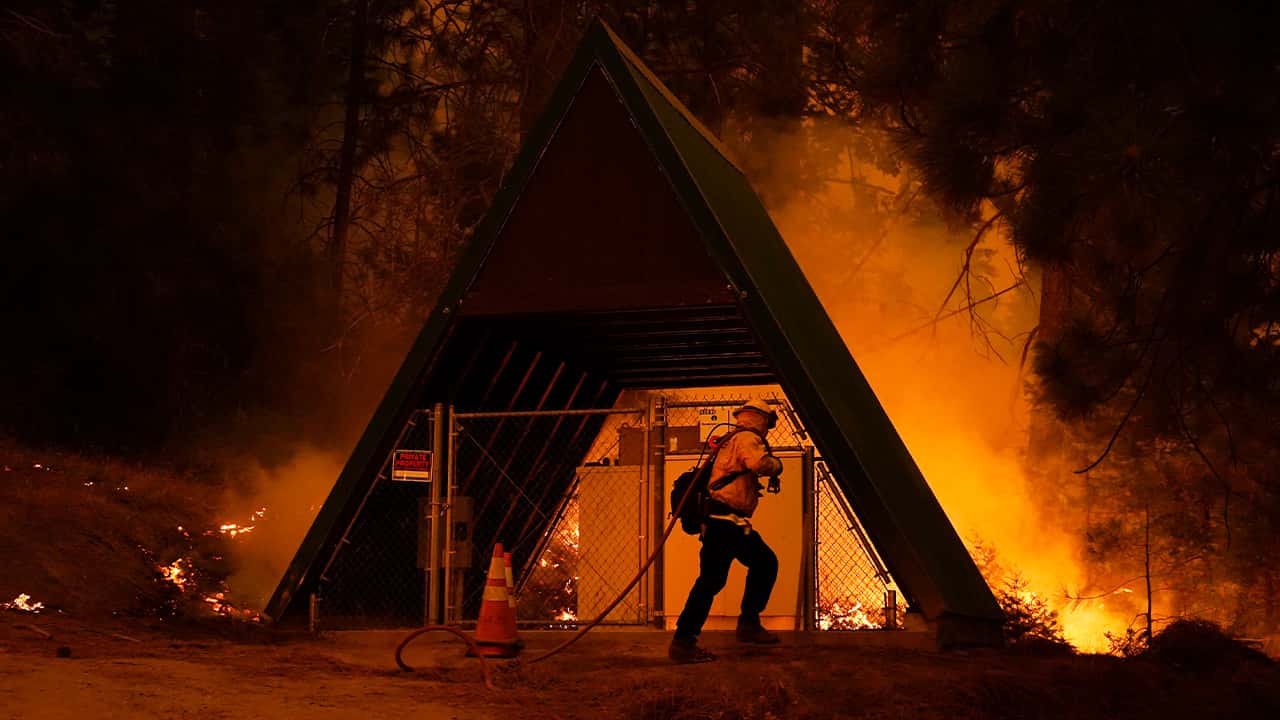 As nearly 1,000 firefighters from across the state are battling the Creek Fire, they are encountering another problem  — a fire that is creating its own weather system.

This is in addition to the hot, dry weather and an abundance of timber and underbrush.

“The other problem we are dealing with is this fire is able to create its own climate. That’s what makes it dangerous,” said Cal Fire spokesman Edwin Zuniga on Monday. “It creates a situation for very erratic winds which could potentially spread this fire in all different directions.”

The forecast at the start of the day called for easterly winds. One mission for fire personnel today was to save Shaver Lake.

The fire had already burned more than 78,000 acres throughout the mountains above Fresno and Madera counties as of Monday morning. More acres were being consumed by the wildfire Monday.

@CAL_FIRE spokesman Edwin Zuniga updates #CreekFire and the effects of the weather. pic.twitter.com/xVItoKpADu

“This front & subsequently cool air over Great Basin will also bring season’s first offshore wind event to California. It won’t be as extreme by historical standards as in Oregon, but it comes at time of unprecedented pre-existing wildfire activity & is therefore of great concern,” Swain tweeted.

Finally, a fascinating tidbit: the ultimate cause of this wild pattern across Western U.S. appears to be amplification of the Pacific jet stream by two West Pacific typhoons thousands of miles away–leading to an extreme ridge-trough pattern over the NE Pacific and Western U.S. pic.twitter.com/ExuQDrH408