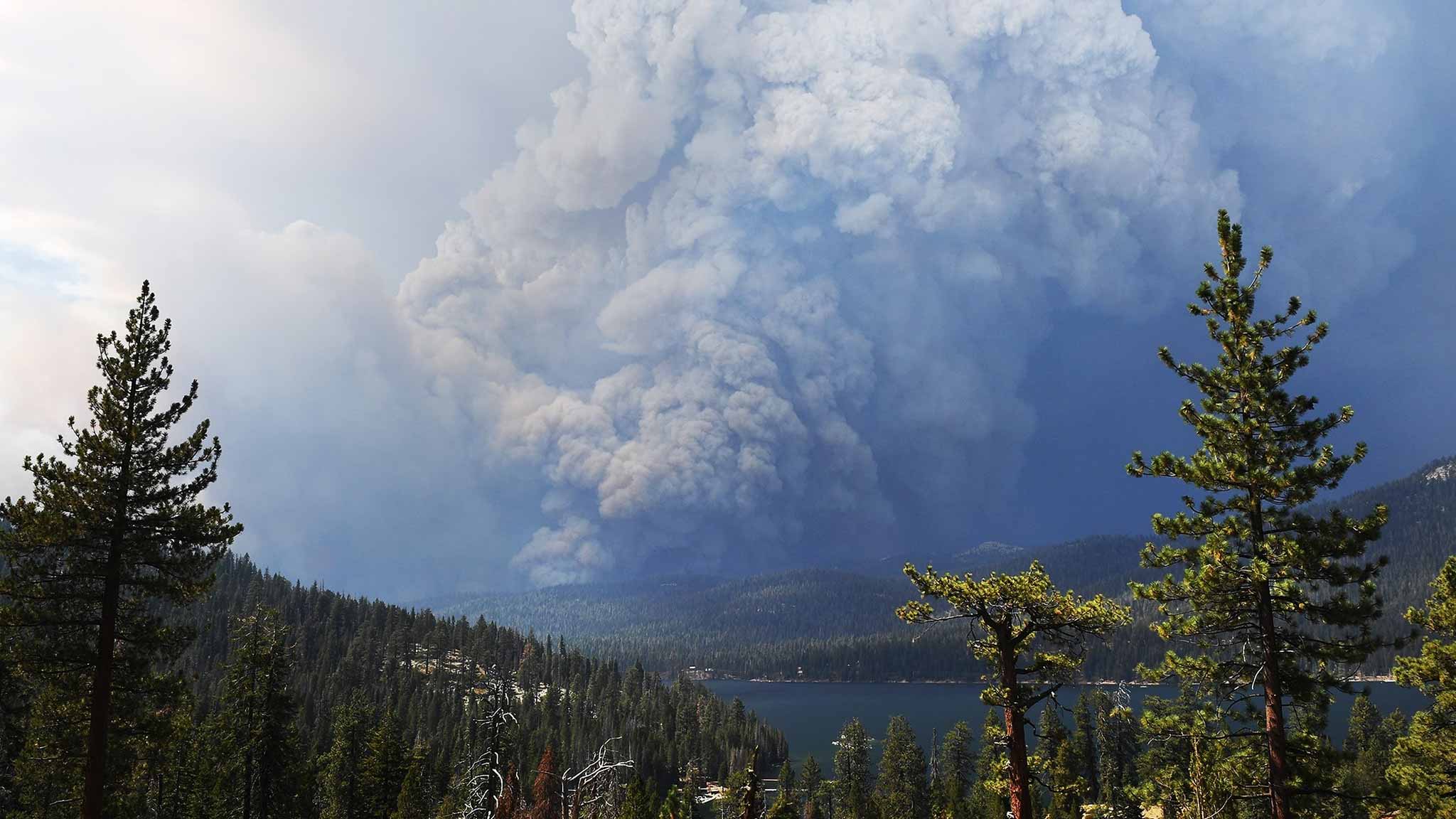 The fast-spreading Creek Fire trapped campers at Mammoth Pool reservoir above Huntington Lake on Saturday and led to a dramatic night time airlift to evacuate over 200 people to Fresno, some with serious injuries.

As the wildfire in the eastern Sierra exploded to 56 square miles on Saturday, it jumped the San Joaquin river and compromised the only road into the reservoir’s campground, national forest spokesman Dan Tune said. At least 2,000 structures were threatened in the area.

The Fresno Fire Department tweeted late Saturday night that 63 people were rescued from the campground by National Guard helicopters and that two of them were severely injured, 10 were moderately injured and 51 others had minor or no injuries.

Simply extraordinary, lifesaving work by the @CalGuard airlifting more than 200 people to safety overnight from the imminent danger of the #CreekFire The National Guard stands Always Ready, Always There to support our communities and nation in times of need. pic.twitter.com/MybDKESipJ

The Madera County Sheriff’s Department said in a tweet earlier Saturday that about 150 people were at the campground’s boat launch, and 10 of them were injured. “All are safe at this time,” the department tweeted.

Officers also were evacuating Beasore Meadows. a large ranch in the Sierra National Forest, on Saturday night, the department tweeted.

The Sacramento Bee reported that agencies were coordinating an aircraft rescue for crews to come and safely evacuate them.

Campers Told to Shelter in Place

Tune said the campers were told to shelter in place until fire crews, aided by water-dropping aircraft, could gain access to the site. Tune said he didn’t know how close the fire was burning to the campsite.

“All our resources are working to make that escape route nice and safe for them,” he said.

The lake is 35 miles northeast of Fresno and surrounded by thick pine forests. It’s a popular destination for boating and fishing. Bone-dry conditions and the hot weather fueled the flames.

“Once the fire gets going, it creates its own weather, adding wind to increase the spread,” Tune said.