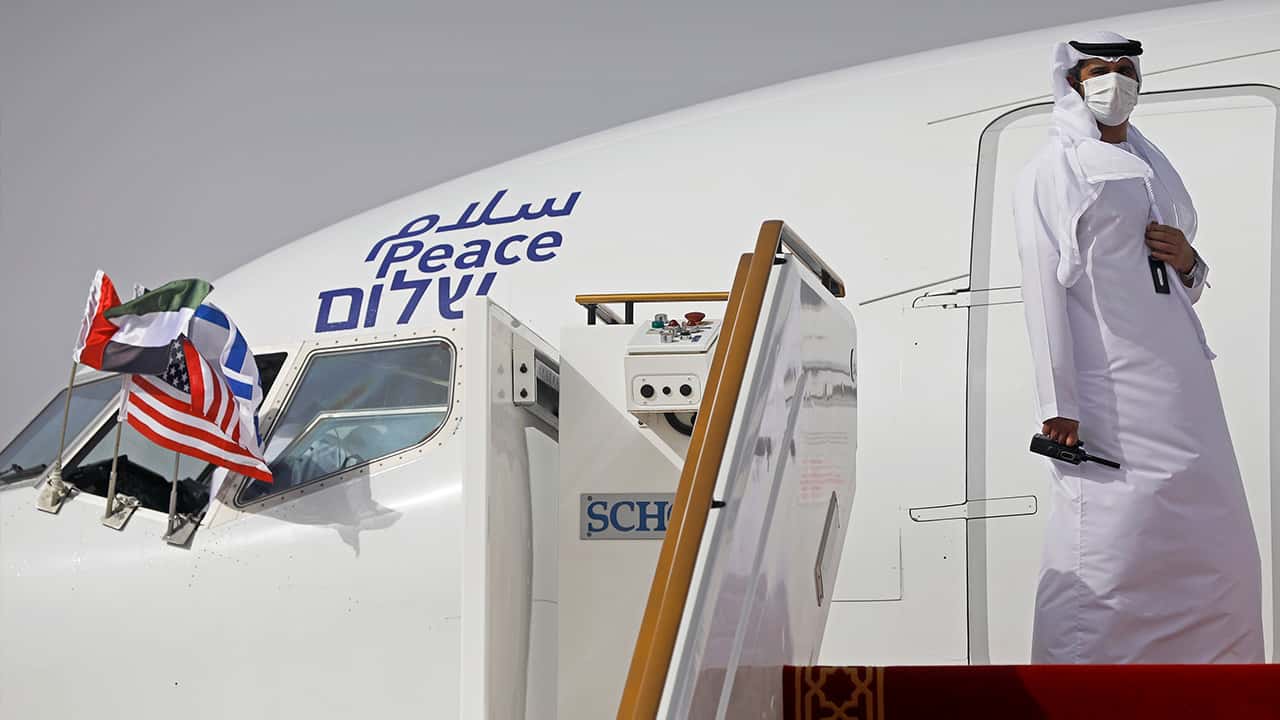 DUBAI, United Arab Emirates — Bahrain will allow “all flights coming to and departing from the United Arab Emirates” to cross through the island kingdom’s airspace — a statement apparently allowing Israeli flights after neighboring Saudi Arabia issued a similar announcement.

The statement makes no mention of the kingdom’s rival, Iran, nor Qatar, which Bahrain, Saudi Arabia and the UAE are currently boycotting.

Flights between Bahrain and the UAE now skirt just north of Qatari airspace as Doha remains banned from the airspace of boycotting nations amid a yearslong political dispute. Iranian flights to the UAE similarly don’t need to enter the airspace of Bahrain, an island nation just off the coast of Saudi Arabia in the Persian Gulf.

BNA cited an unnamed Transportation and Telecommunication Ministry official for the announcement, saying it came at the request of civil aviation authorities in the UAE, a federation of seven sheikhdoms home to Abu Dhabi and Dubai.

Earlier this week, Jared Kushner, the U.S. president’s son-in-law and senior adviser, flew with a high-level Israeli delegation to the UAE on the first direct commercial passenger flight between the two countries. The flight traversed Saudi airspace, signaling at least acquiescence for the breakthrough U.S.-brokered agreement by the United Arab Emirates to normalize relations with Israel.

Future UAE-bound flights from Israel likely could take the same route, avoiding travel over the Persian Gulf, where Iran’s Revolutionary Guard remains active. However, a planned El Al cargo flight from Belgium to Dubai later this month may need to travel over Bahrain. Currently, nonstop Emirates flights from Brussels travel across the length of Iran, which views Israel as its regional archrival.

The UAE has promoted the deal as hinging on Israel halting its contentious plan to annex parts of the West Bank sought by the Palestinians for their future state. The deal also may allow Abu Dhabi to purchase advanced weaponry from the U.S., including the F-35 stealth fighter jet.

The Palestinians have fiercely opposed the normalization as peeling away one of their few advantages in moribund peace talks with Israel.

Bahrain, which hosts the U.S. Navy’s 5th Fleet and a British naval base, has a historic Jewish community. The kingdom has slowly encouraged ties to Israel, with two U.S.-based rabbis in 2017 saying King Hamad bin Isa Al Khalifa himself promoted the idea of ending the boycott of Israel by Arab nations.

Related Topics:BahrainIsraelUnited Arab Emirates
Up Next