Porterville Man Released on $0 Bail Gets 56 Months in Prison 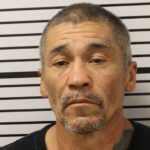 In April, while out of jail and awaiting sentencing for carrying a stabbing weapon and other charges from last year, he was arrested for possession of a controlled substance and resisting arrest.

After being freed on $0 bail, Bella then threw pliers at his wife in May. The pliers, which embedded in her ankle, had to be removed at a hospital.

Last week, at a hearing at the Porterville South County Justice Center, Bella was sentenced to four years, eight months in state prison.

Deputy District Attorney Avi Feinstein of the Porterville Prosecution Division prosecuted the case. The Porterville Police Department did the investigation.

Biden Focuses on Schools After Blasting Trump on Violence