Fresno Unified Parents Plan Rally to Protest Closed Schools: 'We Should Have A Choice' 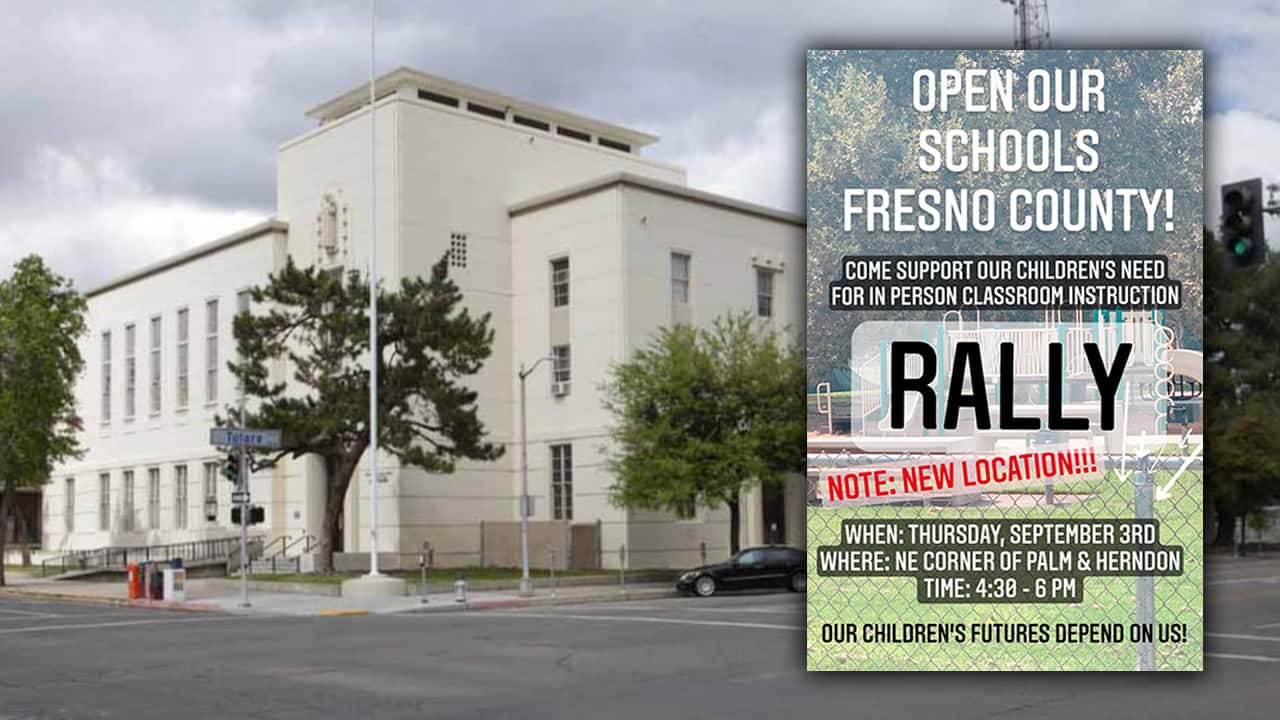 Fresno Unified parents are planning to rally Thursday afternoon to protest what they say is the district’s failure to fight for their right to choose whether their kids are in class or on distance learning.

The rally is scheduled to run from 4:30 p.m. to 6 p.m. Thursday and will be on the northeast corner of Palm and Herndon avenues.

Bullard area parent Catherine Peters, who is helping to organize the event, said Tuesday that parents are frustrated that district leaders like Superintendent Bob Nelson have not done more to stand up for parents and students and lobby to have schools reopened.

“Why aren’t they fighting for what students want?” said Peters, whose daughters attend Baird Middle School and Bullard High School.

Fresno Unified officials did not immediately respond to a request for comment Tuesday.

Related Story: These Clovis Unified Kids Will Be Back at School Starting Monday

Schools have been closed since March 13 to contain the spread of the highly contagious coronavirus. Most Valley students started the school year on distance learning due to state restrictions issued in July because of increasing infection rates in the region, including Fresno County.

Peters said students can’t afford to wait that long. They’ve already been out of school nearly six months, leading some to suffer from anxiety, loneliness, and even suicidal thoughts.

“I just want people to realize it doesn’t have to be this way,” she said. “We should have a choice.”

Those students and teachers who aren’t ready to return to the classroom should have the option of remaining with distance learning, while those who are ready to go back to school should be able to do so, she said.

“I do want to make it clear, we’re not out to bash teachers. Some don’t want to return yet, and that’s fine.” — Fresno Unified parent Catherine Peters

The rally is scheduled to run from 4:30 p.m. to 6 p.m. Thursday and will be on the northeast corner of Palm and Herndon avenues.

All who support the reopening of schools are welcome, including teachers, Peters said.

“I do want to make it clear, we’re not out to bash teachers,” she said. “Some don’t want to return yet, and that’s fine.”

Fresno Unified trustee Terry Slatic, who represents the Bullard High area, and Fresno City Councilman Garry Bredefeld, a vociferous supporter of reopening schools, have been invited to attend the rally, she said.

Bredefeld: Give Parents A Choice

He said he gets phone calls daily from parents who say their children are hurting because they’re not back in school yet. Virtual learning also widens the educational achievement gap between affluent and low-income families, Bredefeld said.

He agrees with Peters that children and adults who need to remain home to protect themselves from the virus should do so, but those who want to resume their school days, workdays, and other activities should be able to.