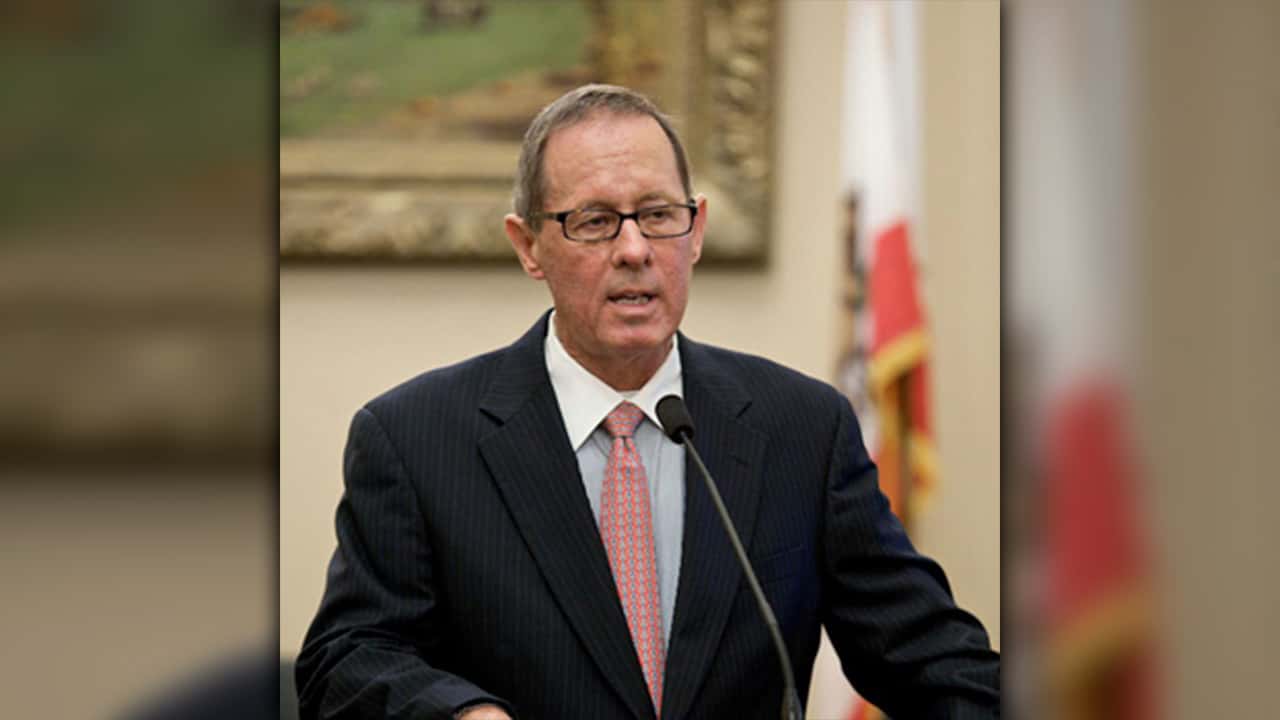 Tom Berryhill, a former Valley representative in the Assembly and state Senate, died Saturday at the age of 67.

Berryhill, a champion for agriculture and a fourth-generation farmer himself, had suffered health issues much of his political life.

In 2001, Berryhill had a heart transplant and at the time of his death, he had Parkinson’s disease.

Following his transplant, he worked to save and improve lives by advocating on organ donor issues.

In 2012, Donate Life California Organ & Tissue Donor Registry honored Berryhill as its legislator of the year for helping establish a registry for kidney donations. Borgeas: ‘Our Community Has Lost a Giant’

“Our community has lost a giant,” said state Sen. Andreas Borgeas (R-Fresno) in a news release. “Tom Berryhill led a dedicated life of service to his community both in the California Legislature and the Stanislaus County Board of Supervisors.

“Tom was my mentor and imparted the importance of respect, civility, and collegiality in California politics. My wife, Anna, and I would like to express our deepest condolences to the Berryhill family as they endure this difficult time.”

Borgeas succeeded Berryhill in 2018 in representing the 8th Senate District, which includes parts of Stanislaus, Madera, and Fresno counties, as well as all of Calaveras and Tuolumne counties.

In a tweet, former Assembly Minority Leader Kristin Olsen of Riverbank said that Berryhill “was the most universally well-liked legislator I have ever known.” Like Berryhill, Olsen won election to the Stanislaus County Board of Supervisors after leaving the Capitol.

Tom Berryhill was the most universally well-liked legislator I have ever known, and I was blessed to call him a colleague and a friend. He was a staunch advocate for ag & water and for his Central Valley community and family. I will miss you, Tom. pic.twitter.com/O2txCoFvOo

Though he was Republican, Berryhill didn’t hesitate to reach across the aisle or buck his party’s leadership if he believed a bill would benefit the Valley. Sometimes, he suffered the barbs of hard-and-fast Republicans who labeled him a “RINO” — Republican in Name Only.

One example: He was the only Republican in the Senate to vote to extend the cap-and-trade program through 2030. He explained that he backed the bill because he won key protections for farmers in negotiations with Democrats.

Followed in the Family Traditions

Politics, the GOP, and farming are Berryhill family traditions. Tom’s father, the late Clare Berryhill was a longtime lawmaker and the state director of food and agriculture. Tom’s brother, Bill, represented the 26th district in the Assembly from 2008 through 2012.

Rep. Josh Harder (D-Turlock) said in a statement: “It’s always heartbreaking to lose a member of our community — especially someone like Tom who spent so much of his life working to make the Valley a better place to live. Pam and I send our deepest condolences to his wife, children, and his entire family.”

At the time of his death, Berryhill represented Stanislaus County’s 4th District on the Board of Supervisors.