TOKYO — Japan’s longest-serving prime minister, Shinzo Abe, said Friday he is stepping down because a chronic health problem has resurfaced. He told reporters that it was “gut wrenching” to leave many of his goals unfinished.

“Faced with the illness and treatment, as well as the pain of lacking physical strength … I decided I should not stay on as prime minister when I’m no longer capable of living up to the people’s expectations with confidence.” — Japan’s Prime Minister Shinzo Abe

Abe has had ulcerative colitis since he was a teenager and has said the condition was controlled with treatment. Concerns about his health began this summer and grew this month when he visited a Tokyo hospital two weeks in a row for unspecified health checkups. He is now on a new treatment that requires IV injections, he said. While there is some improvement, there is no guarantee that it will cure his condition and so he decided to step down after treatment Monday, he said.

“It is gut wrenching to have to leave my job before accomplishing my goals,” Abe said Friday, mentioning his failure to resolve the issue of Japanese abducted years ago by North Korea, a territorial dispute with Russia and a revision of Japan’s war-renouncing constitution.

He said his health problem was under control until earlier this year but was found to have worsened in June when he had an annual checkup.

“Faced with the illness and treatment, as well as the pain of lacking physical strength … I decided I should not stay on as prime minister when I’m no longer capable of living up to the people’s expectations with confidence,” Abe said at a news conference.

Abe Said He Achieved a Stronger Japan-U.S. Security Alliance and the First Visit

In a country once known for its short-tenured prime ministers, the departure marks the end of an unusual era of stability that saw the Japanese leader strike up strong ties with U.S. President Donald Trump even as Abe’s ultra-nationalism riled the Koreas and China. While he pulled Japan out of recession, the economy has been battered anew by the coronavirus pandemic, and Abe has failed to achieve his cherished goal of formally rewriting the U.S.-drafted pacifist constitution because of poor public support.

Abe said he achieved a stronger Japan-U.S. security alliance and the first visit by a serving U.S. president to the atom-bombed city of Hiroshima. He also helped Tokyo gain the right to host the 2020 Olympics by pledging that a disaster at the Fukushima nuclear plant was “under control” when it was not.

Recently, “The coronavirus’s impact on the economy was a blow to Abe, who was stuck at home and lacking an opportunity to make any achievement or show off his friendship with Trump, and was pushed into a corner,” said Koichi Nakano, an international politics professor at Sophia University in Tokyo.

Abe continued to bolster Japan’s defense capability to respond to America’s needs, Nakano said. “For those who believe the Japan-U.S. alliance is paramount, that was his major achievement,” he said. But Abe bulldozed his expanded defense policy and other contentious issues through parliament, repeatedly neglecting public opinion, Nakano said.

Abe is a political blue blood who was groomed to follow in the footsteps of his grandfather, former Prime Minister Nobusuke Kishi. His political rhetoric often focused on making Japan a “normal” and “beautiful” nation with a stronger military and bigger role in international affairs.

Abe, whose term ends in September 2021, is expected to stay on until a new party leader is elected and formally approved by the parliament, a process which is expected to take several weeks.

Abe became Japan’s youngest prime minister in 2006, at age 52, but his overly nationalistic first stint abruptly ended a year later because of his health.

In December 2012, Abe returned to power, prioritizing economic measures over his nationalist agenda. He won six national elections and built a rock-solid grip on power, bolstering Japan’s defense role and capability and its security alliance with the U.S. He also stepped up patriotic education at schools and raised Japan’s international profile.

Abe on Monday became Japan’s longest-serving prime minister by consecutive days in office, eclipsing the record of Eisaku Sato, his great-uncle, who served 2,798 days from 1964 to 1972.

But his second hospital visit Monday accelerated speculation and political maneuvering toward a post-Abe regime.

Ulcerative colitis causes inflammation and sometimes polyps in the bowels. People with the condition can have a normal life expectancy but serious cases can involve life-threatening complications.

After his recent hospital visits were reported, top officials from Abe’s Cabinet and the ruling party said he was overworked and badly needed rest. 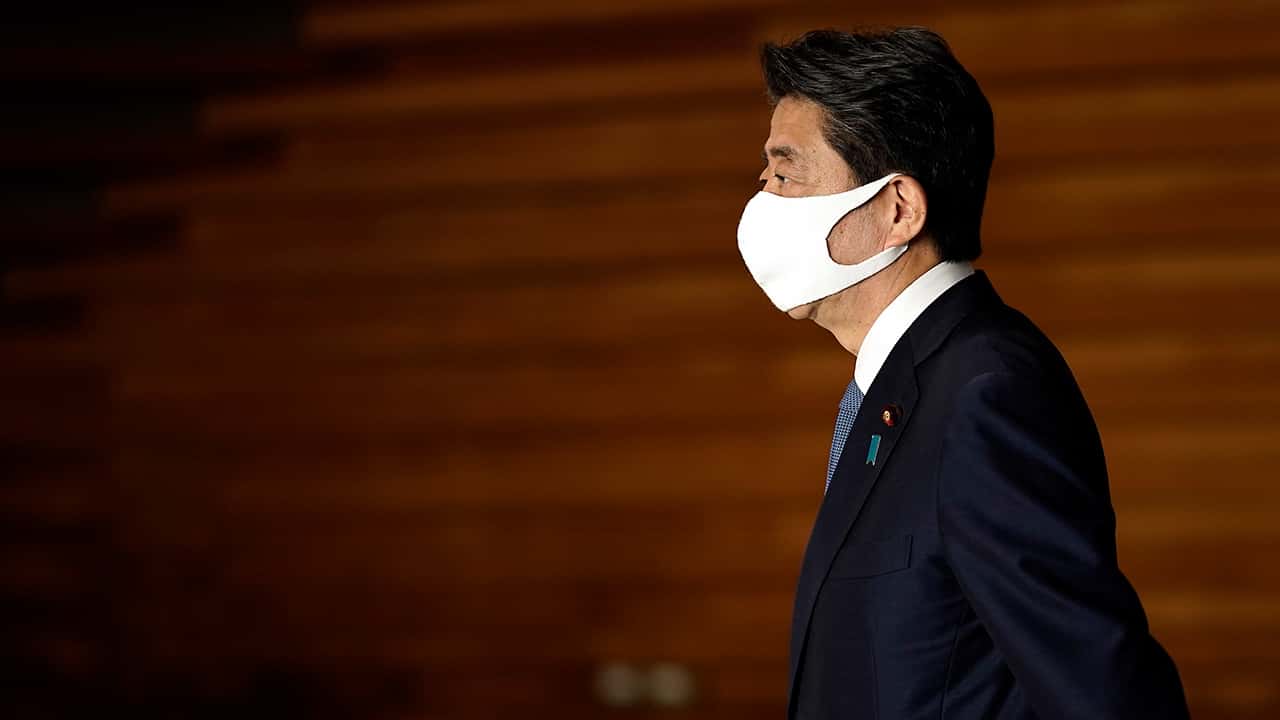 Abe Was Often Upstaged in Dealing With the Coronavirus Pandemic by Tokyo Gov. Yuriko Koike

His health concerns came as his support ratings plunged due to his handling of the coronavirus pandemic and its severe impact on the economy, on top of a stream of political scandals, including his own.

Abe was often upstaged in dealing with the coronavirus pandemic by Tokyo Gov. Yuriko Koike, a former governing party conservative who is seen as a potential prime minister candidate by some. But she would have to first be elected to parliament to be in the running for the top job.

There are a slew of politicians eager to replace Abe.

Shigeru Ishiba, a 63-year-old hawkish former defense minister and Abe’s archrival, is a favorite next leader in media surveys, though he is less popular within the governing party. A low-key former foreign minister, Fumio Kishida, Defense Minister Taro Kono, Chief Cabinet Secretary Yoshihide Suga, and economic revitalization minister Yasutoshi Nishimura, who is in charge of coronavirus measures, are widely mentioned in Japanese media as potential successors.

Abe was often upstaged in dealing with the coronavirus pandemic by Tokyo Gov. Yuriko Koike, a former governing party conservative who is seen as a potential prime minister candidate by some. But she would have to first be elected to parliament to be in the running for the top job.

Analysts say no major change of policy is expected whoever succeeds Abe, though Japan may return to an era of short-lived leadership.

The end of Abe’s scandal-laden first stint as prime minister was the beginning of six years of annual leadership change, remembered as an era of “revolving door” politics that lacked stability and long-term policies.

When he returned to office in 2012, Abe vowed to revitalize the nation and get its economy out of its deflationary doldrums with his “Abenomics” formula, which combines fiscal stimulus, monetary easing and structural reforms.

Perhaps Abe’s biggest regret was his inability to fulfill a long-cherished goal of his grandfather and himself to formally rewrite the pacifist constitution. Abe and his ultra-conservative supporters see the U.S.-drafted constitution as a humiliating legacy of Japan’s World War II defeat.

He was also unable to achieve his goal of settling several unfinished wartime legacies, including normalizing ties with North Korea, settling island disputes with neighbors and signing a peace treaty with Russia formally ending their hostilities in World War II.

Abe said he will focus on his treatment for now and “continue his political activity and support a new administration as a lawmaker.”