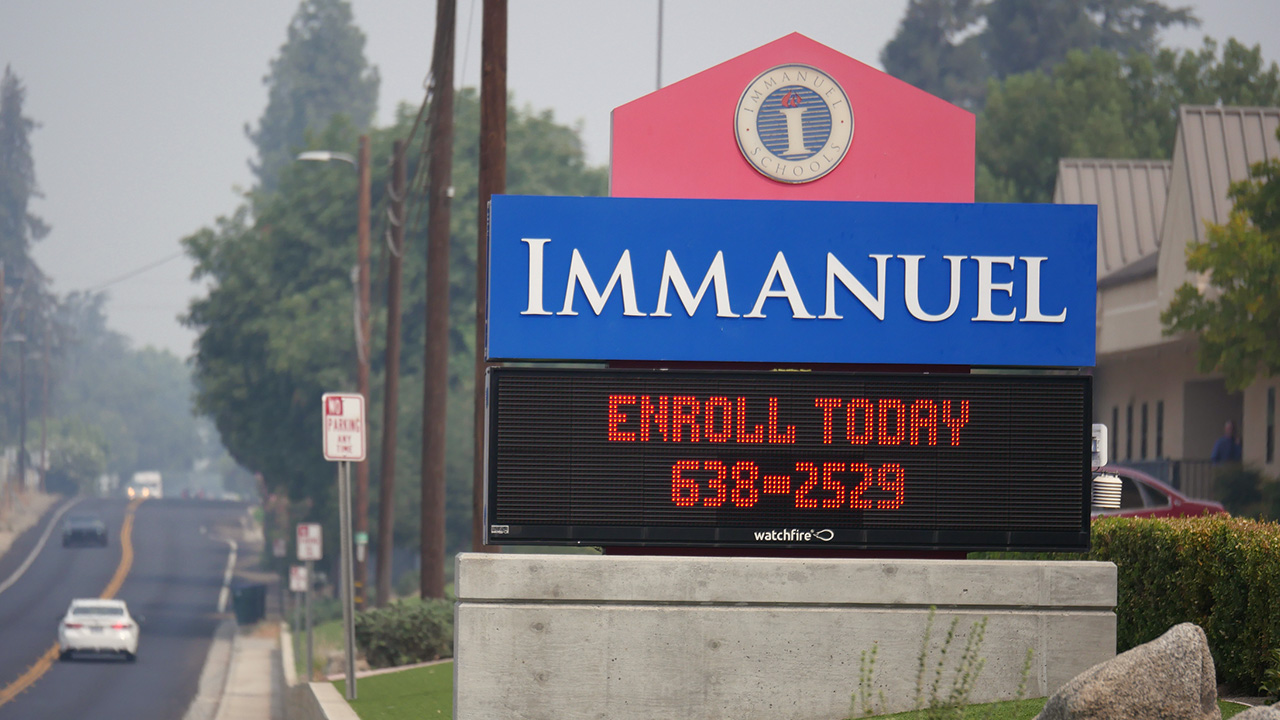 The county is seeking legal action to prevent a private Reedley school from staying open. One supervisor says that is the wrong move.

Tuesday at 3:30 p.m., Fresno County, through its public health department, will ask for a temporary restraining order to prevent Immanuel Schools from in-person teaching. 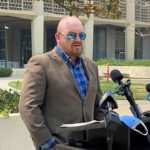 “I’m opposed to the lawsuit that Fresno County has filed against (Immanuel Schools) … .” — Supervisor Steve Bandau

“Immanuel High School in Reedley is also doing their best to serve their students, their parents, and their faculty. For this reason, I’m opposed to the lawsuit that Fresno County has filed against them last week,” Supervisor Steve Brandau said while meeting with the media in front of the Hall of Records.

Defying state and local health orders, the K-12 school opened for instruction on Aug. 13. It remained open as of Monday.

As of Saturday, Fresno County has reported 22,840 COVID cases, with more than 12,000 active. There have been 226 COVID-19 related deaths in the county since the beginning of the pandemic. The county reports 1,138 cases in Reedley.

Judge D. Tyler Tharpe will hear the county’s request to shut down in-person learning and activities at the school. He was appointed to the bench in 2006 by then-Gov. Arnold Schwarzenegger and was most recently elected for a six-year term last March.

Brandau made his case for Immanuel or any other school that wants to open.

“It isn’t because Immanuel is a private school, a Christian school, or anything of the sort. I feel the same way about any school, private or public. My research tells me that children and young adults need to be in school,” Brandau said.

He cited reports from the American Academy of Pediatrics and others promoting in-school education. When a member of the media pointed out that those studies also hinged upon areas that do not have high COVID transmission rates, Brandau had no response.

According to Brandau, the supervisors were petitioned for their thoughts on Immanuel in closed session, even though that item was not individually mentioned on the agenda. There was an item last week regarding potential litigation.

“My grandkids would like to go to school, too,” Supervisor Buddy Mendes said. Immanuel Schools is in his district.

Mendes would not directly answer whether he thinks Immanuel should be open. He said his constituents told him they want schools to be open.

Immanuel will be present at the hearing on Tuesday. The school started a website to collect donations for legal fees. School officials did not offer a comment for this story.

Mark Meuser, an attorney with the Dhillon Law Group and not affiliated with the Immanuel case, says the Board of Supervisors could direct the county’s attorney, Daniel Cederborg, not to file the TRO.

Brandau would not speculate on how his supervisorial colleagues would vote on the issue.

Mendes said it is unlikely the supervisors would intervene. They will discuss the TRO in a closed session at an emergency meeting on Tuesday morning.

“We got to let them do their job,” he said. “This is a process and we’ve got to finish the process.”

“Dr. Vohra is empowered during this time, and I trust he is making decisions that are in the best interest of Fresno County,” Magsig said.

Supervisor Brian Pacheco declined to comment on the matter, and supervisor Sal Quintero did not respond before the publication of this story.

Any order would likely be enforced by the Fresno County Sheriff’s Office.

Spokesman Tony Botti said the sheriff’s office would serve any civil paperwork about the order, a normal function. Botti declined to talk about what might happen next.

“We won’t comment on a hypothetical. We will cross that bridge when we get to it,” Botti said.

Bandau hopes it does not come down to anyone getting arrested.

“I certainly don’t agree that the optics of arresting school administrators or teachers or anybody else involved would be very good for Fresno County,” Brandau said.

Attorney: Orders Could Be Illegal

Meuser said that state and local orders closing schools could be illegal.

Gov. Gavin Newsom issued emergency orders in March in response to the COVID-19 pandemic. Those orders gave power to local health officials. Meuser says they are actually guidances and should be limited in scope.

“Guidances are guidances. They are not supposed to be law,” Meuser said. “Under California law, a guidance that has not gone through the Administrative Procedure Act is called an underground regulation and is void as a matter of law.”

“We do not need one governor passing the buck to an unelected public health official,” said Meuser, a 2018 candidate for California secretary of state.

Meuser is representing plaintiffs in a lawsuit filed in a Los Angeles federal court against the state over school closures. They are asking a judge to prevent the state from orders closing the schools.