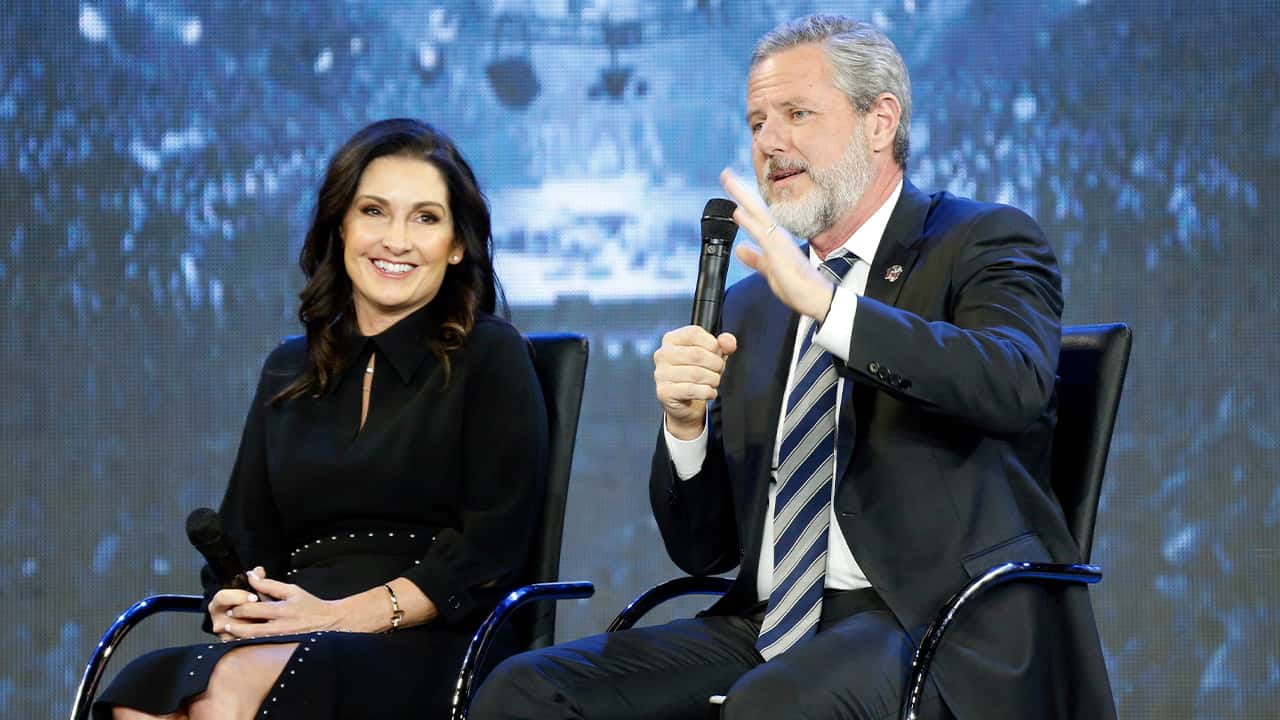 RICHMOND, Va. — Jerry Falwell Jr. resigned Monday from his leadership post at evangelical Liberty University amid allegations related to his wife’s sexual encounters with a much younger business partner, according to a school official.

A formal announcement from the school was expected later Monday, according to the official, who spoke on condition of anonymity because he was not authorized to discuss it.

The resignation came a day after Falwell issued a statement to The Washington Examiner publicly disclosing that his wife had an affair and saying the man involved had been threatening to reveal the relationship “to deliberately embarrass my wife, family, and Liberty University unless we agreed to pay him substantial monies.”

Hours before Falwell resigned, Reuters reported that Falwell knew of his wife’s affair and participated in some of the liaisons as a voyeur.

In Falwell’s statement Sunday, he said he was seeking mental health counseling after dealing with fallout from the extramarital affair. He said he was not involved in the relationship.

Falwell’s statement also said the person with whom Becki Falwell had the affair had threatened to reveal the relationship unless “we agreed to pay him substantial monies.”

“Over the course of the last few months this person’s behavior has reached a level that we have decided the only way to stop this predatory behavior is to go public,” the statement said.

Falwell, an early and ardent supporter of President Donald Trump, had already been on an indefinite leave since early August as president and chancellor of the Lynchburg university founded by his late father, the Rev. Jerry Falwell Sr.

He took the leave after an uproar sparked by a photo he posted on social media that showed him with his pants unzipped, stomach exposed and arm high around the waist of his wife’s pregnant assistant. Falwell has said the photo was taken at a costume party during a family vacation.

Critics of the photo said it was evidence of hypocritical behavior from the leader of a university where students must follow a strict code of conduct that includes modest dress and a ban on alcohol consumption and premarital sex.