FDA Authorizes Plasma for COVID, Only 1.22% of US Patients Have Received It 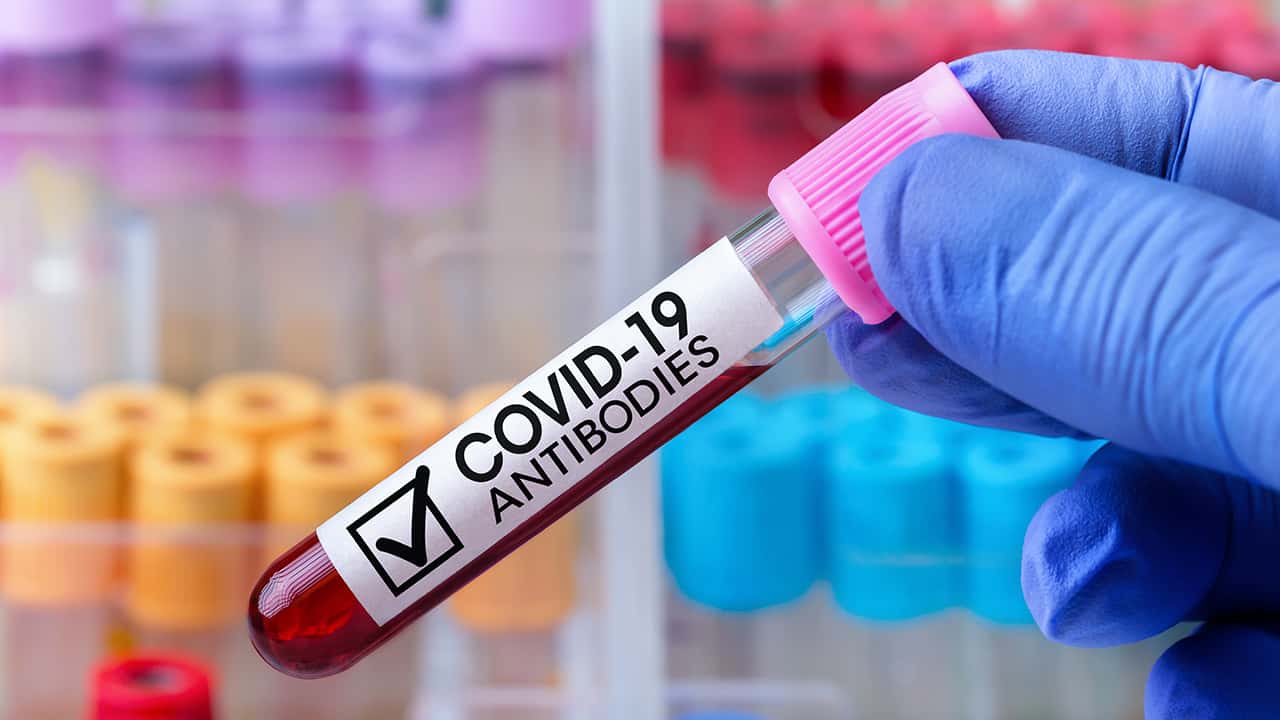 Blood plasma, taken from patients who have recovered from COVID-19 and rich in antibodies, may provide benefits to those battling the disease.

But the official evidence so far has not been conclusive about whether it works, when to administer it, and what dose is needed.

On Sunday, President Donald Trump and the FDA announced an emergency use authorization to make it easier for some patients to obtain the treatment. However, the action isn’t the same as full approval.

Thus far, only 70,000 Americans have received convalescent plasma — a century-old approach to fend off flu and measles before vaccines. It’s a go-to tactic when new diseases come along, and history suggests it works against some, but not all, infections.

Given that there are more than 5.7 million COVID-19 cases in the U.S, that means only about 1.22% of patients have received plasma with coronavirus anti-bodies to date.

Earlier this year, the Central California Blood Center announced it was the first blood center in the United States to produce pathogen-reduced plasma from patients.

However, on July 31, ABC30 reported that since the pandemic first hit the Valley, only about 100 plasma donations had been made at the blood center location in northwest Fresno. And, the Central California Blood Center in Visalia just received a license allowing it to collect plasma from donors a few weeks ago.

GV Wire℠ spoke Monday to one of the first COVID-19 plasma donors in the nation, a St. Louis lawyer who helped three patients with his plasma. He’d like to give more, but the FDA put a stop to his donations because of a medication he was taking.

Walter Lamkin, 69, survived the coronavirus and was determined to help others beat the illness.

Watch: ‘I Just Can’t Sit Here and Not Do Something’

He tells GV Wire℠ he believes he contracted COVID-19 in Vail, Colorado, in February while on a ski trip with friends. At this time, many in the country didn’t realize the virus had already escaped the state of Washington. “So when I had it, I didn’t really realize I had it,” says Lamkin.

Lamkin donated plasma on April 6. He said he was shocked how much blood was taken out during the procedure but it was well worth it.

“I did it in memory of my friend.” 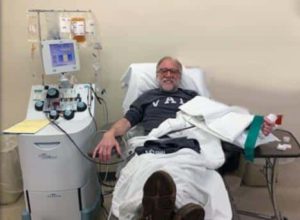 “I did it in memory of my friend.” — Walter Lamkin, plasma donor

Because of medical privacy laws, Lamkin only learned about the three people he helped through media reports. All three were on ventilators, and Lamkin says all recovered and went home after receiving the plasma.

He wanted to donate again, but an FDA rule prevented him from doing so. He waited the required five weeks, took iron supplements, and was ready to go when he got a call from his doctor saying he was no longer an eligible donor because of a medication he was taking.

“It’s an anti-inflammatory I take by injection twice a month called Dupixent,” explained Lamkin. He says he was on the medicine the first time he donated plasma and was frustrated that this now prevented him from helping others.

“It’s very disappointing that they won’t let me give plasma anymore. At least for right now,” said Lamkin.

Related Story: 9 Reasons to Be Optimistic a COVID-19 Vaccine Will Arrive in 2021

“The reason that it’s a success is because there’s a lot of plasma out there,” said Vohra.

However, he changed tune when discussing how it’s been used so far.

“But the tragedy is, because they’re accessing it outside of a trial, we don’t have good information about who it actually works in or not,” Vohra said.

“But the tragedy is, because they’re accessing it outside of a trial, we don’t have good information about who it actually works in or not.”–Dr. Rais Vohra, Fresno County interim health officer

Vohra said that he believes the right number or type of patients that will benefit from this therapy hasn’t been fully revealed yet.

He also said that no matter how well the plasma works on coronavirus patients, there’s still reason to push forward.

More than 70,000 patients in the U.S. have been given convalescent plasma, a century-old approach to fend off flu and measles before vaccines. It’s a go-to tactic when new diseases come along, and history suggests it works against some, but not all, infections.

“Our work on convalescent plasma has delivered broader access to the product than is available in any other country and reached more than 70,000 American patients so far,” said Health and Human Services Secretary Alex Azar in a statement. “We are deeply grateful to Americans who have already donated and encourage individuals who have recovered from COVID-19 to consider donating convalescent plasma.”

The Mayo Clinic reported preliminary data from 35,000 coronavirus patients treated with plasma, and said there were fewer deaths among people given plasma within three days of diagnosis, and also among those given plasma containing the highest levels of virus-fighting antibodies.

But it wasn’t a formal study.