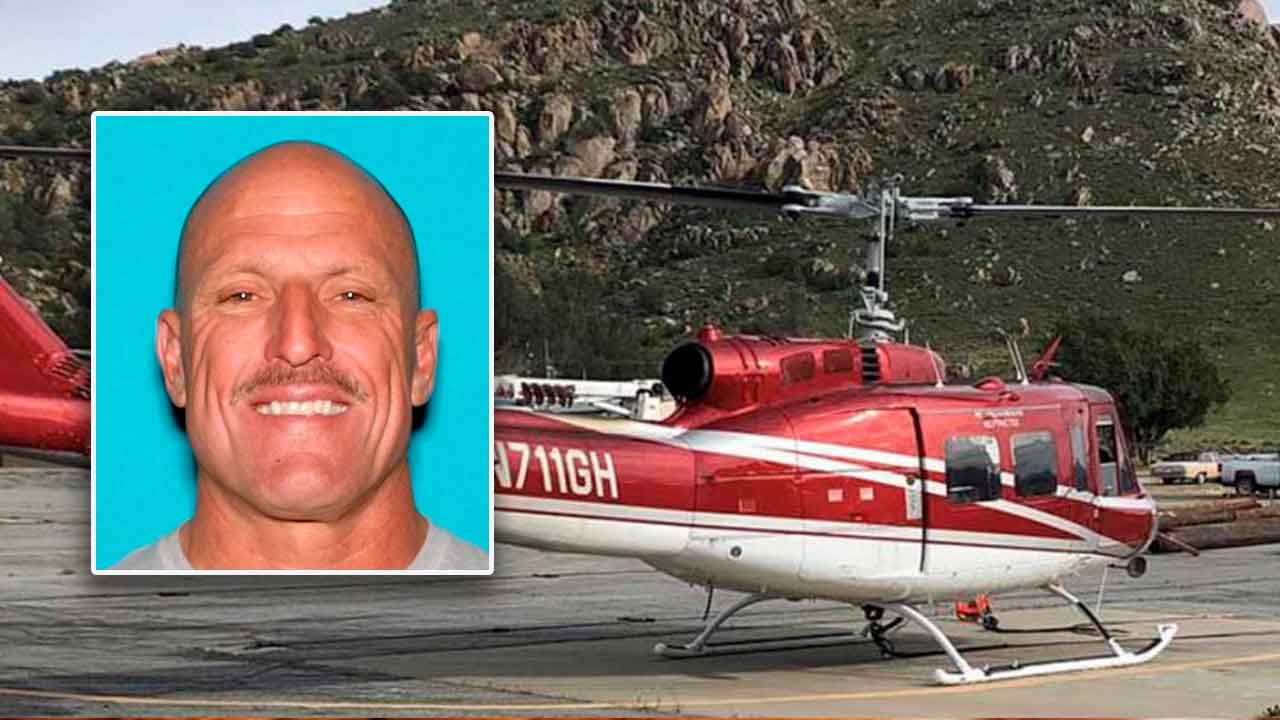 He is survived by his wife and two daughters.

Fournier was identified by his grief-stricken family in Rancho Cucamonga, where the local fire department sent an engine by his home Wednesday night to pay respects, KNBC-TV reported.

“He was an amazing, amazing man and I am so proud to be his wife,” LeAnne Fournier told the television station.

In Rancho Cucamonga, the fire department sent an engine by his home Wednesday night to pay respects.

The pilot worked for Fillmore-based Guardian Helicopters, which has a contract with Cal Fire to provide emergency services, said Zoe Keliher of the National Transportation Safety Board.

We are deeply saddened to report the passing of a pilot aboard a Call When Needed helicopter that crashed yesterday, August 19th while providing support at the #HillsFire in Fresno County. We send our sympathies to the family during this difficult time. pic.twitter.com/gZlV9E3cV5

A search and rescue team with the Fresno County Sheriff’s Office recovered the body Wednesday night of a helicopter pilot who died in a crash while fighting the Hills Fire south of Coalinga.

It took the team more than six hours to reach the crash site and return with the body because of heavy terrain.

The team was composed of 13 deputies and volunteers, a deputy coroner, and a crime scene technician. Four-wheel-drive vehicles carried the searchers along a fire line cut by a bulldozer. At trail’s end, the searchers hiked over difficult terrain to reach the crash site and recover the victim, sheriff’s spokesman Tony Botti said.

The crash occurred at about 10 a.m. Wednesday while the pilot of the Bell UH-1H helicopter was on a water-dropping mission, Cal Fire officials said. He was the only person on board.

Fireaviation.com reported that according to FAA records the helicopter was made in 2009 and is owned by Guardian Helicopters.

An NTSB spokesperson said that the helicopter will be recovered Thursday. The NTSB, Federal Aviation Administration, and Cal Fire are investigating the crash.

Fireaviation.com reported that this is the helicopter that crashed Aug.19, 2020, at the Hills Fire near Coalinga. (Guardian Helicopter)s

Cal Fire said Thursday morning that the 1,500-acre Hills Fire is 35% contained. The wildfire is at Highway 33 and Sutter Avenue.