Black Globetrotter Speaks About Banana Thrown at Him on TV 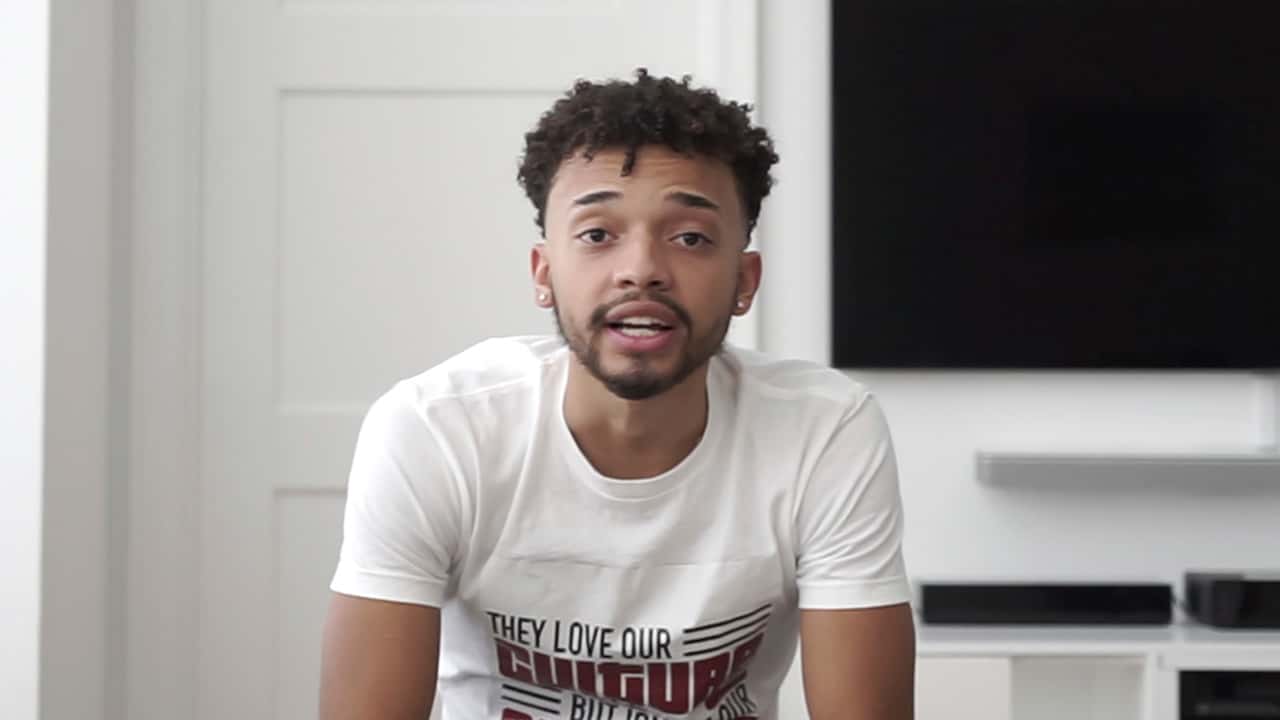 A Black member of the Harlem Globetrotters is speaking out about an incident earlier this year where fruits, including a banana, were thrown at him by white news broadcasters as he was performing basketball tricks on an Alabama news show.

Maxwell Pearce discussed the matter Saturday on social media, a day after WBRC-TV aired a show that featured an interview with Pearce about the January incident on Good Day Alabama. During that same newscast, WBRC News Director Shannon Isbell offered an on-air apology to Pearce.

Maxwell Pearce discussed the matter Saturday on social media, a day after WBRC-TV aired a show that featured an interview with Pearce about the January incident on Good Day Alabama. During that same newscast, WBRC News Director Shannon Isbell offered an on-air apology to Pearce.

“In a moment of levity during a segment, two members of my team were tossing fruit as well as a basketball,” Isbell said during the show. “One of them threw a banana without knowing the racial implications of that action.”

An edited version of the segment posted on Pearce’s YouTube page shows a tangerine being thrown at him during the show by Mickey Ferguson, a weather forecaster on the show.

Pearce, 24, hands the tangerine back to Ferguson before someone behind the camera once again throws the fruit back at Pearce. The video then shows the banana being thrown at him.

“When I caught the fruit, I was so stunned and shocked that I didn’t even know how to react,” Pearce told The Associated Press.

He was on the show promoting an upcoming game with the Globetrotters, an exhibition team known for its combination of comedy and athleticism. He notified the team about the incident, and he says it reached out to the Birmingham news station back in February.

The Harlem Globetrotters did not immediately respond to AP’s request for comment.

“Fox’s reaction was to have me call them to receive an apology from the news director, and not from the actual anchors who threw the fruit,” Pearce said.

The director, Isbell, expressed remorse about the incident during an initial call to the team though a conversation between her and Pearce never occurred, according to Andrea Price, Pearce’s manager. He also did not receive an apology from the anchors.

A few months later in June, Pearce revisited the issue amid the spotlight on racism arising from national protests against police brutality.

“When you see and hear stories like that, you think about your own experiences,” he said. “We were told a public apology would be issued by the news anchors who threw the fruits.”

The basketball player said that never happened. Instead, he says the news station offered him an interview with Clare Huddleston, the anchor he accuses of throwing the banana at him.

“It would have been opportunity to educate her on why this act was offensive,” he said. Those plans were also abandoned, according to Price.

Pearce went on to have the interview, which aired on Friday, with Isbell.

In a statement to AL.com, Isbell said both parties wanted the interview to be a learning moment. “Implicit bias is real,” the news outlet quotes her as saying. “A lack of cultural awareness exists in many of us. I want to encourage others to look for those blind spots and learn from our mistake.”

During the taping, Pearce said he “explained in detail why this is so offensive” and provided context on “the history of Black people in human zoos.” Both Pearce and Price say the interview that aired omitted parts of the conversation where Pearce spoke about the historical context behind the incident.

“I think this was an unfortunate incident for Max,” Price said. “He never reacted irrationally to what happened, and I think he was always trying to get to a point or a situation where something meaningful and impactful could come from this experience.”

Isbell has also offered a statement apologizing for the incident on behalf of the news outlet.

“An on-air segment promoting a Globetrotters event with Mr. Pearce in January was intended to be lighthearted,” she said. “However, it became something deeply hurtful to our guest as the result of our lack of understanding. We are grateful for the several enlightening, educational conversations we have had with Max over the last two months. I was happy to have him on our show about racial inequality and faith that aired last Friday.”

Related Topics:bananaBasketballHarlem Globetrotters
Up Next