Raiders' Maxx Crosby Back to Work After Stint on COVID List 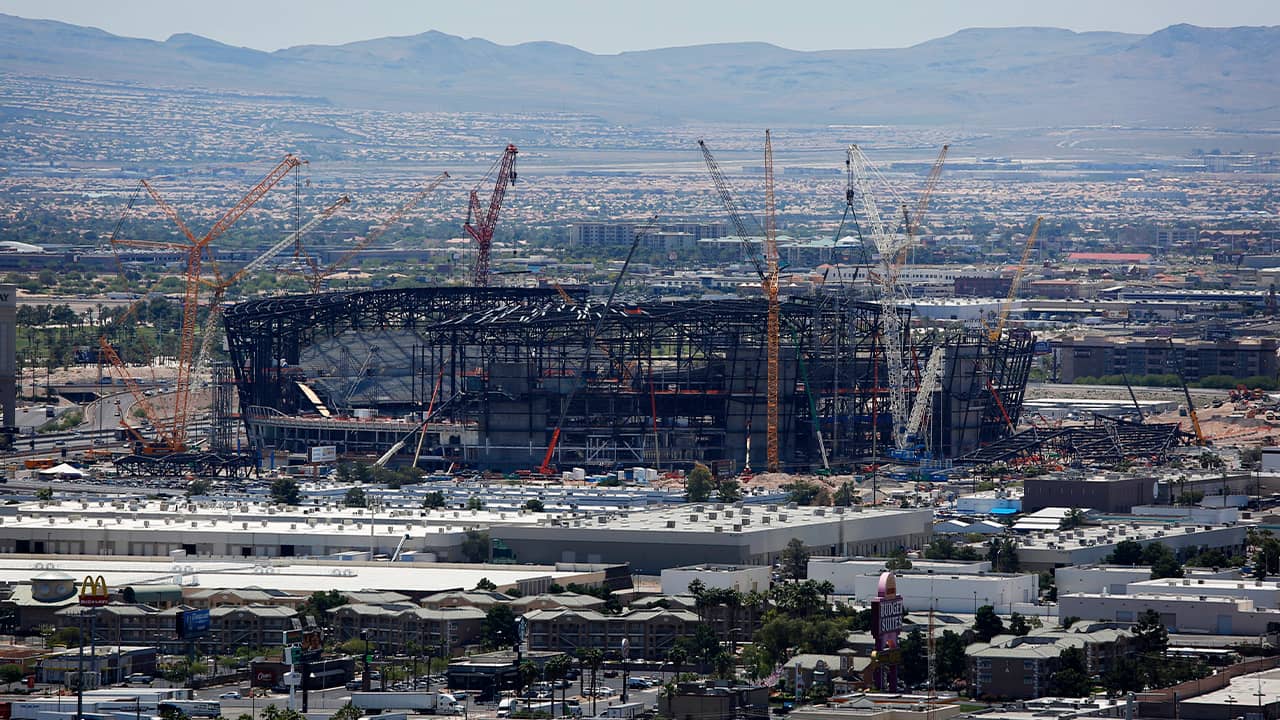 Maxx Crosby would rather focus on building on his impressive rookie season than his recent bout with the coronavirus.

The Las Vegas Raiders defensive end spent nine days in quarantine on the reserve/COVID-19 list after testing positive for the virus, but returned to the practice field over the weekend and took part on the first day of padded practice on Monday.

“I feel fine, I’m perfectly fine,” he said. “They’re working with me, I’m getting back. I would love to talk about football. But I’m doing well though. I appreciate you all, I’m doing well. I’m all good.”

The same might not be able to be said for a palm tree in his backyard.

The training staff sent some weights over so Crosby could work out while away from the team. But defensive line coach Rod Marinelli wanted him to work on his technique as well so Crosby had to get resourceful.

“I don’t know if you can see, but my hands, I had splinters,” he said. “All I had was a palm tree in my backyard, so I was sending them videos of me every day of me working and literally doing hand work on a palm tree. I was messing my hands up and it was funny. They gave me grief about it and made fun of me, but I was trying to get as much work in as I could because it wasn’t easy.”

Crosby Is Far From Satisfied

It was that kind of work ethic that helped Crosby be so successful as a rookie last season when he went from being a fourth-round draft pick out of Eastern Michigan to one of the most promising prospects in his draft class.

Crosby had 10 sacks last season, ranking second among all rookies to the 10 1/2 for Jacksonville’s Josh Allen. He also had four forced fumbles and outperformed his own teammate, Clelin Ferrell, who was the fourth overall pick in the draft.

But Crosby is far from satisfied.

“I want to improve in every phase of the game: pass rushing, stopping the run, being more of a playmaker,” he said. “I feel like I definitely did some good things last year, but I haven’t even touched where I want to be. I feel like I could dominate every single game and that’s my goal and that’s what I plan on doing.”

Coach Jon Gruden pointed to several areas, including doing a better job of timing the snap count without jumping offside and containing the quarterback in the pocket.

Crosby has new position coach to help in that process. Gruden reunited him with Marinelli, his defensive line coach when he won the Super Bowl in Tampa Bay.

Marinelli is one of the most respected line coaches in the game ever since joining the Buccaneers in 1996 when he helped put together one of the top defenses of the era.

He has worked with players like Warren Sapp, Simeon Rice, Julius Peppers and DeMarcus Lawrence in a 25-year career in the NFL.

Marinelli has been preaching relentless effort and Crosby has tried to achieve that by sprinting to the ball after every play in practice.

“He wants us getting off the ball and reacting,” Crosby said. “He doesn’t want us thinking too much. He doesn’t want us thinking about this and that, he wants us to get off and react, be natural and be a football player, make plays, get off the ball and make a decision from there. So, I love it. I love his coaching style and think it’s going to help everyone on this d-line. I’m really excited for you all to see us.”

NOTES: RT Trent Brown remains sidelined but should return to practice later this week. … Veteran Sam Young is getting work with the first team in his absence. … RB Rod Smith was activated from the reserve/COVID-19 list.