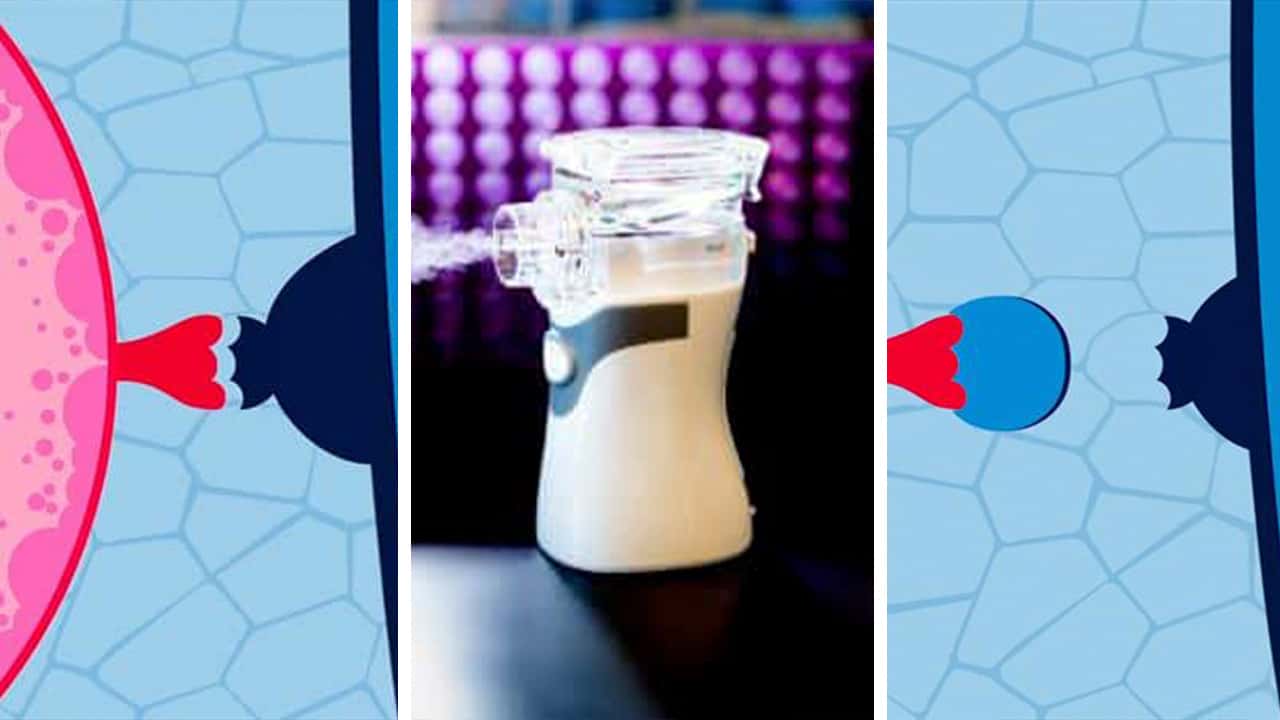 UCSF researchers say that they have come up with an aerosol spray that if used once a day could provide reliable protection against COVID-19 until a vaccine is available. 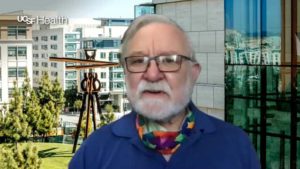 “It was so effective that it exceeded our ability to measure its potency.” — Peter Walter, UCSF professor of biochemistry and biophysics

The powerful protectant — dubbed AeroNabs — could be inexpensively manufactured, thus widening its appeal. The research team is in discussions with potential commercial partners who are interested in making and distributing AeroNabs.

The hope is to commence human trials soon and have it on store shelves by year’s end as an over-the-counter medication to prevent and treat COVID-19.

In a laboratory setting, the results were “off the charts,” said UCSF’s Peter Walter, co-inventory of AeroNabs. “It was so effective that it exceeded our ability to measure its potency.”

The nasal spray acts like a mousetrap and puts a sheath over the spike proteins of COVID-19 thus rendering it helpless to attach to human cells.

That’s important because COVID-19 relies on its so-called spike proteins to infect cells. These spikes are the key that allows the virus to enter human cells.

The Lock and Key Explanation

Though engineered entirely in the lab, AeroNabs were inspired by nanobodies — antibody-like immune proteins that naturally occur in llamas, camels, and related animals.

These nanobodies function a bit like a sheath that covers the RBD “key” and prevents it from being inserted into an ACE2 “lock.”

“By binding to the spike protein, the Aeronab locks it into an ineffective state where it can no longer interact with the cell receptor,” said Walter, who spoke to GV Wire℠ via Zoom.

Don’t get hung up on the medical terminology, just know the key must go into the lock for COVID-19 to take hold of a human cell and force it to produce more COVID-19. Nanobodies function like a sheath, covering the RBD “key” and preventing it from being inserted into an ACE2 “lock.”( UCSF)

Using the three most promising nanobodies against live COVID-19, researchers found the nanobodies to be extraordinarily potent. They prevented infection even at extremely low doses.

“If AeroNabs prove as effective as we anticipate, they may help reshape the course of the pandemic worldwide.” — UCSF’s Dr. Aashish Manglik, co-inventor of AeroNabs

The most potent of these nanobodies, however, not only acts as a sheath over RBDs but also like a molecular mousetrap. This provides an additional layer of protection against the spike–ACE2 interactions that lead to infection.

“Far more effective than wearable forms of personal protective equipment, we think of AeroNabs as a molecular form of PPE that could serve as an important stopgap until vaccines provide a more permanent solution to COVID-19,” said Walter.

Says co-inventor Dr. Aashish Manglik: “We’re not alone in thinking that AeroNabs are a remarkable technology. …  If AeroNabs prove as effective as we anticipate, they may help reshape the course of the pandemic worldwide.”

In a final set of experiments, the researchers put the three-part nanobodies through a series of stress tests, subjecting them to high temperatures, turning them into a shelf-stable powder, and making an aerosol.

Each of these processes is highly damaging to most proteins, but the scientists found that “thanks to the inherent stability of nanobodies, there was no loss of antiviral potency in the aerosolized form, suggesting that AeroNabs are a potent COVID-19 antiviral that could be practical to administer via a shelf-stable inhaler or nasal spray.”

If AeroNabs succeed in human trials, Walter said that approval for going to market could come quickly.

“Here the approval should be easier because a vaccine interacts with the physiology of the human body, and the human body has to react to the vaccine to produce its own antibodies which then gives a lasting effect,” said Walter. “AeroNabs only interact with the virus, they don’t pay any attention to the human body.”

Related Story: Who Will Go to the Front of the Line for COVID-19 Vaccine?