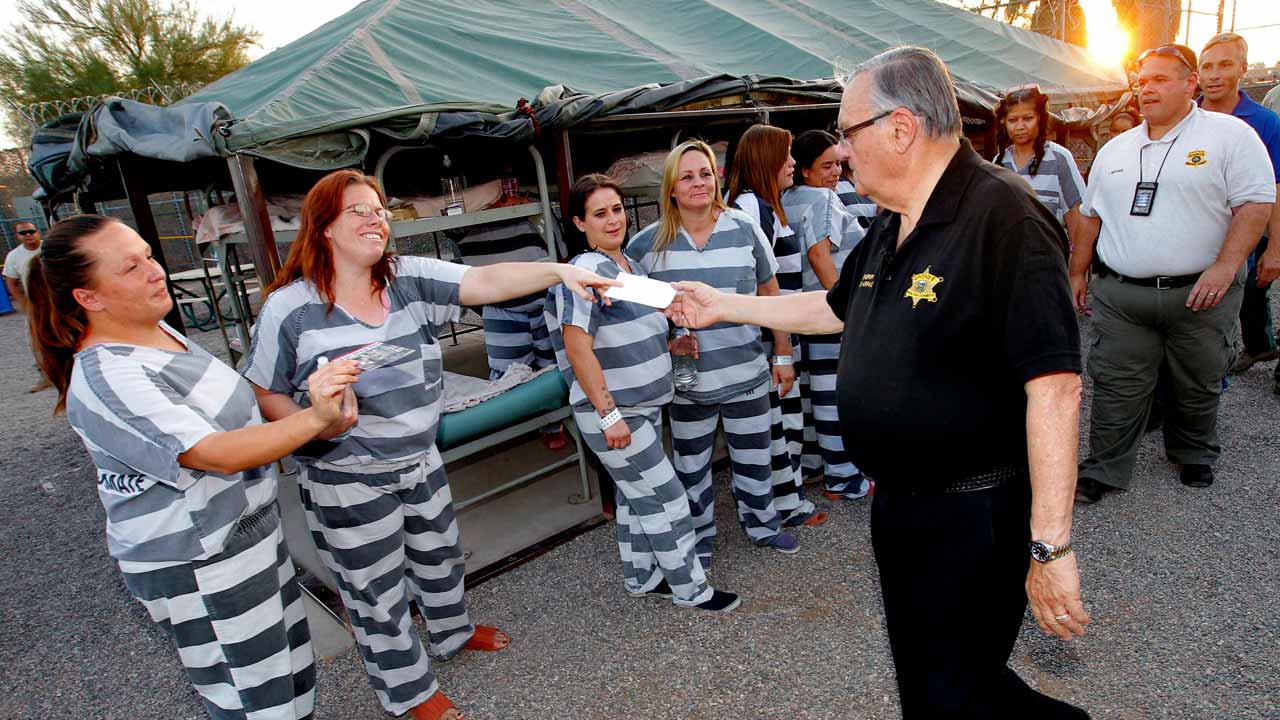 PHOENIX — This political campaign was likely the last for Joe Arpaio, the former six-term sheriff of metro Phoenix known for leading immigration crackdowns and building a political career around the harsh treatment of jail inmates. The 88-year-old lawman narrowly lost a race to win back his old job, his second failed comeback bid four years after getting voted out of office.

Arpaio got edged out Friday in the Republican primary for Maricopa County sheriff by his former second-in-command, Jerry Sheridan, in a race that was lower profile and more modestly funded for Arpaio than the blowout campaigns of his heyday. While he still faced criticism over his 2017 criminal conviction — which President Donald Trump pardoned — many didn’t know he was running until they saw his name on the ballot.

“I think some people were tired of me, and they wanted somebody else,” Arpaio said. “And that’s the way it went.”

A retired federal drug enforcement agent, Arpaio was elected sheriff in 1992 after his predecessor was criticized for mishandling an investigation into the killings of nine people at a Buddhist temple.

Early in his 24-year tenure, Arpaio scored big points with voters by enacting tough jail policies, such as creating old-time chain gangs, housing inmates in tents during triple-digit heat, forcing them to wear pink underwear, and banning cigarettes and pornography. Critics say Arpaio created a culture of cruelty inside his jails that led to the deaths of several inmates.

He took up immigration enforcement in 2005 as some voters and Republican lawmakers called for a tougher approach. At the time, almost all other local police bosses in the U.S. were content to let federal authorities handle that work.

Arpaio led 20 large-scale traffic patrols that targeted immigrants and more than 80 business raids to bust people working in the United States without permission. His immigration powers were stripped away by the federal government and the courts by late 2014, minimizing his role in the immigration debate largely to criticizing federal policies.

While his defiant streak played well with voters for many years, Arpaio faced heavy criticism for taking on policies that he knew were controversial and racking up $147 million in taxpayer-funded legal bills.

Though he billed himself as the toughest sheriff in America, his agency botched the investigations of more than 400 sex-crimes complaints made to his office.

He locked up the two top executives of a weekly newspaper that had been critical of the sheriff’s office, made criminal cases against political adversaries, investigated judges and misspent $100 million in jail funds.

His volunteer posse investigated the authenticity of then-President Barack Obama’s birth certificate, a debunked controversy that remained alive in the eyes of some conservatives, including then-presidential hopeful Trump.

For much of his political career, Arpaio survived scandals and dodged investigations that would have sunk the careers of many politicians.

Critics accused him of picking on powerless people to generate publicity for himself and irresponsibly spending taxpayer money on policies that were bound to flop.

His defenders, who often referred to him only as “Sheriff Joe,” said the freewheeling sheriff was the only local police boss who bothered to confront illegal immigration and that his policies reflected their views that jail is supposed to be miserable.

Stan Barnes, a political consultant in Phoenix and former Republican state lawmaker, said Arpaio, for good or bad, reflected for many years what a majority of voters in metro Phoenix wanted from a sheriff — immigration crackdowns and tough jails.

“While judging Joe Arpaio, we all have to make sure we are judging ourselves,” Barnes said.

Arpaio’s political fortunes started to decline significantly in 2013 when his officers were found by a judge to have racially profiled Latinos in immigration patrols. Arpaio was eventually convicted of criminal contempt of court for disobeying a court order in the profiling case, though he was later spared a possible jail sentence by Trump’s pardon.

As voter frustration mounted over his legal troubles and headline-grabbing tactics, Arpaio lost his bid for a seventh term by nearly 13 percentage points to retired Phoenix police Sgt. Paul Penzone — in the same 2016 election that sent Trump to the White House.

Some political experts have predicted Penzone, a Democrat, will win the November general election.

Arpaio’s first comeback bid ended badly when he placed third in the 2018 Republican primary for U.S. Senate, losing both Maricopa County and his adopted hometown of Fountain Hills.

His campaign this year to win back the sheriff’s office was fraught with difficulty.

Campaigned on Bringing Back Previous Policies

Arpaio, once a master at garnering publicity, couldn’t get much news coverage. Though his $1.2 million in contributions led all other sheriff’s candidates, it was a steep drop from the $12 million he raised in 2016. He also faced questions about his age and health.

His platform consisted of his unwavering support for Trump and bringing back practices that the courts have either deemed illegal or his successor has ended, such as immigration crackdowns. He also faced a more moderate electorate than in earlier campaigns.

“It may be my last run for office, but I’m going to be active,” said Arpaio, noting he has a new book coming out in a few weeks. “But if you think I am going home to stare at the mountain, that ain’t gonna happen. Never gonna happen.”

Related Topics:Joe Arpaio
Up Next