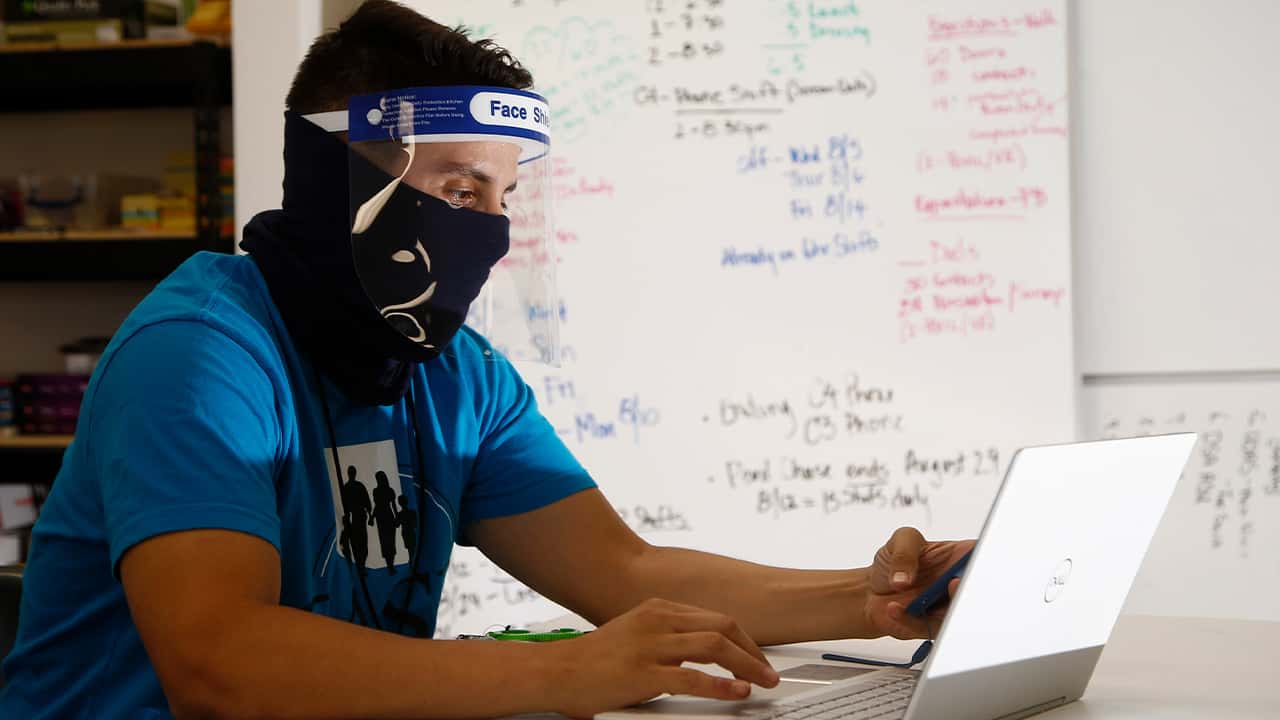 PHOENIX — Every day, 29-year-old Maico Olivares tries to call about 25 people, mostly within the Latino community, to persuade them to register to vote.

Some calls go well, but increasingly, they have become frustrating: Many of the people Olivares reaches are out of work or have lost wages because of coronavirus-related business restrictions and closures. These days, they’re more focused on feeding their family than getting ready for the November election.

His group is registering a fraction of the people it was before the pandemic, when it could set up outside grocery stores and public events. Its goal was to collect 40,000 voter registration forms this year, but so far has collected just 7,000 — most of them before the pandemic.

Olivares shares concerns with Latino advocates around the country who worry that the virus’ effect on Latinos, who have seen high rates of infection and unemployment, will keep them from the polls this year.

His group is registering a fraction of the people it was before the pandemic, when it could set up outside grocery stores and public events. Its goal was to collect 40,000 voter registration forms this year, but so far has collected just 7,000 — most of them before the pandemic. That’s compared to over 30,000 in 2018 and 20,000 in 2016.

Olivares said he has to get personal when he pleads with people to register, telling them about his own upbringing as a first-generation American and a father.

“It can be very emotional at times because you’re dealing with people who are hit the hardest right now,” Olivares said.

Data compiled by the The Center for Election Innovation and Research in early June shows overall voter registration in April was about 70% lower in 11 states and the District of Columbia than it was four years before, during the last presidential election.

While Latinos are a sought-after voting group for both major political parties, they have become increasingly important to the Democratic Party as their population and political influence have grown. Across the country, they represent just over 13% of eligible voters, but that is much higher in states such as Arizona and Florida, both of which are key to this year’s presidential race. Latinos account for nearly a quarter of registered voters in Arizona and a fifth in Florida.

Voting and community groups had high hopes for Latino turnout this year, especially after 11.7 million Latinos voted in the 2018 midterms, up from 6.8 million in 2014.

But two years ago, there was no worldwide pandemic and massive loss of jobs weighing on the electorate. While Blacks have the highest COVID-19 mortality rate of any racial group in the U.S., Latinos die from the virus at a rate that is nearly 3 times that of whites when adjusted by age, according to the APM Research Lab, which is tracking mortality from the disease. The unemployment rate for Latinos in June was 14.5%, more than 3 percentage points higher than the national rate, according to the Bureau of Labor Statistics.

The coronavirus has forced voter engagement groups to get creative. Some have partnered with food banks to register people at drives or helped people apply for unemployment benefits. Others have established aid programs to help those who have lost work, and some have created hotlines to be a source of reliable information for non-native English speakers.

Andrea Mercado and her team at New Florida Majority have sent $200 gift cards to families who don’t have enough food. Before the pandemic, the group had more than 200 organizers on the streets trying to sign up new voters. Now they’re working the phones, although progress is slow. So far, they have made contact with 60,000 of the 1 million Floridians they have called, she said.

In place of public events, New Florida Majority has meetings over Zoom that can draw thousands of people and include musical performances. Still, in Florida, a state with a history of close elections, the pandemic’s potential effect on voter turnout is concerning.

Other activists hope for the opposite — that more people will be driven to vote by the poor government response to the virus outbreak and the political awakening around racial justice following the death of George Floyd in Minneapolis.

“When you have family that is sick, that’s in the ICU, people who you love have passed away or your family’s experiencing financial hardship, I think that is a concern — that people won’t take time to vote,” Mercado said.

Other activists hope for the opposite — that more people will be driven to vote by the poor government response to the virus outbreak and the political awakening around racial justice following the death of George Floyd in Minneapolis.

In Texas, the Latino civic engagement organization Jolt has been finding success after abandoning its plans to register voters at quinceañeras, a traditional rite of passage for girls when they turn 15. It turned to text messages, Twitter and setting up at food banks. The group also has been present at racial justice demonstrations and at one held on behalf of Vanessa Guillen, a soldier who was killed at Fort Hood.

“Normally when we go to an event, we are going to the people,” said Carmen Ayala, cultural and events manager. “But there, even in the midst of a pandemic, the people were coming to us.”

Heightened interest in social change among younger people is giving voting rights groups hope that the lackluster registration numbers so far could turn around as the November election draws closer.

Arianna Reyes, a 19-year-old college student who lives in the Phoenix suburbs with her parents and grandparents, voted for the first time earlier this year. She felt empowered to make change and said she is noticing that her friends and family also seem determined to vote.

“Before, I felt like I was the only one on my Instagram page promoting voting,” said Reyes, a fellow at Living United for Change in Arizona, a group that advocates for racial, social and economic justice.

Despite the health and financial challenges from the coronavirus, she said, “I think it’s really beautiful that people are realizing that they do have power.”