Lakers Not Exactly Rolling Along as Playoffs Approach 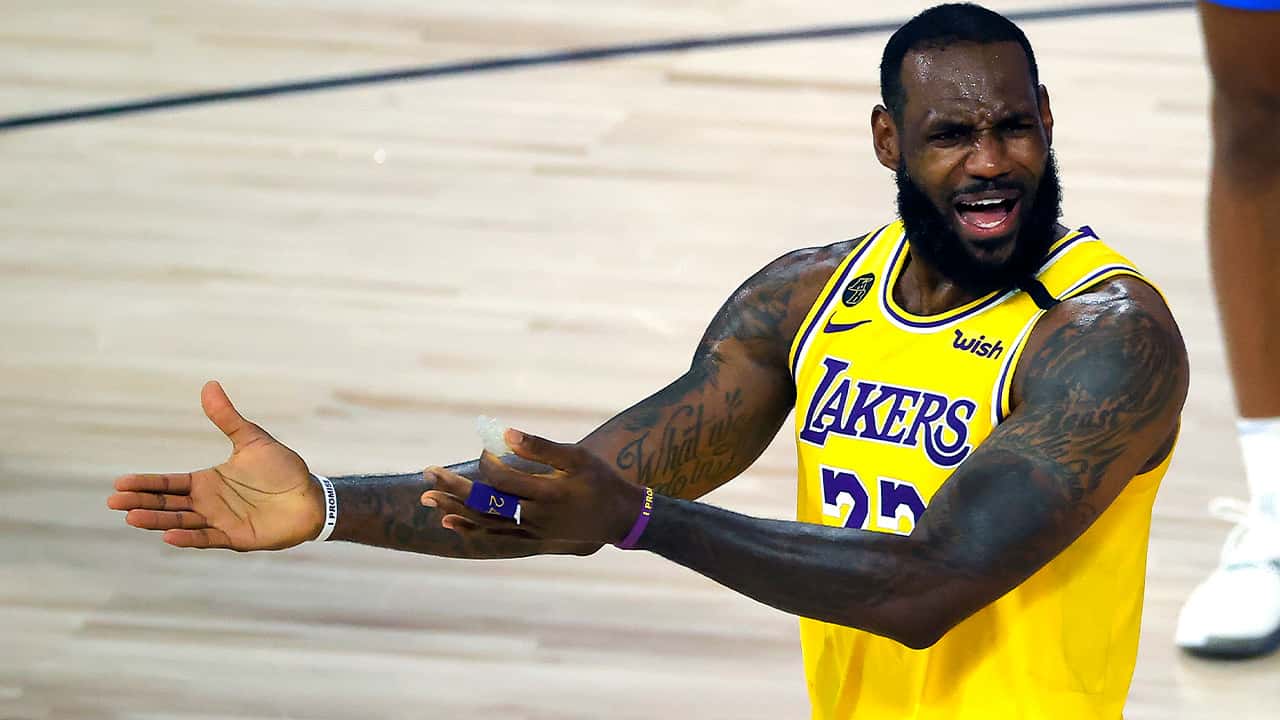 LAKE BUENA VISTA, Fla. — This is the land of in-between for the Los Angeles Lakers.

They lost again Thursday night, with LeBron James getting the night off in a defeat to the Houston Rockets. The Lakers are 2-3 so far in the bubble, and their offensive numbers are brutal.

If they win Game 1 of the playoffs in about a week and a half, none of this will matter. If they win the NBA title in a couple months, this will be long forgotten. But right now, the Lakers sure don’t seem like a team that’s going to be rolling into the postseason.

“I do believe in percentages,” Lakers coach Frank Vogel said. “I do believe in guys trusting the work that they put in. And there’s always a reversion to the mean. The law of averages plays out and I’m OK with getting all these misses out of the way right now.”

Having More Than Four Months off Isn’t Ideal

James didn’t play against Houston because of what the Lakers described as a sore groin muscle. There have been plenty of instances over the years where James has taken games off toward the end of the regular season once his team’s playoff seed was certain.

But this falls under what he was saying when he called this “a totally different season,” or as the NBA calls games at this restart, a Whole New Game. Having more than four months off isn’t ideal for anyone, including James, who is a creature of habit and rhythm.

And while he’s had flashes of his typical MVP-caliber self at Disney, they haven’t been constant. He came into the restart averaging 25.7 points, 10.6 assists and 7.9 rebounds on 50% shooting from the field, 35% from 3-point range.

In his four games at Disney, James is averaging 19.3 points, 10 rebounds and 6.3 assists on 42% shooting, 27% from 3-point range. For just about anyone else on the planet, those are fine numbers. For James, it shows his best form isn’t there yet.

“This is a totally different situation than any other situation that I’ve been in in my career, so I have zero experience with having the No. 1 seed inside of a bubble during seeding games playing in August,” James said. “So, this is all a learning experience for all of us and we’re going to take it day-by-day and continue to work on our habits, either on the floor, during the film session, when we’re able to get on the floor as well.”

They Don’t Seem Panicked, Because Nothing Counts Yet

The Lakers also have the two worst field-goal percentage games in the bubble through Thursday, as well as the two worst 3-point shooting games.

The Lakers have three of the four lowest-scoring games played in the bubble through Thursday: They had 97 against the Rockets, 92 against Toronto on Aug. 1 and 86 against Oklahoma City on Wednesday. The only other team with a point total like that so far in the restart is Utah, which had 94 against the Thunder on Aug. 1.

The Lakers also have the two worst field-goal percentage games in the bubble through Thursday, as well as the two worst 3-point shooting games.

They don’t seem panicked, because nothing counts yet. And there is a silver lining ahead: The Lakers play their last seeding game on Aug. 13, which could be as many as five days before their playoff opener because of the West play-in series that now seems all-but assured.

In other words, the Lakers will have time to start looking like themselves again.

“Obviously, it is a situation for us that we’re not shooting the ball well,” Lakers wing Kyle Kuzma said. “But we also know we have proven commodities.”

The Weirdest Places You Can Spend the Night in California