The Sound of Music Returns After Clovis Park Vandalism 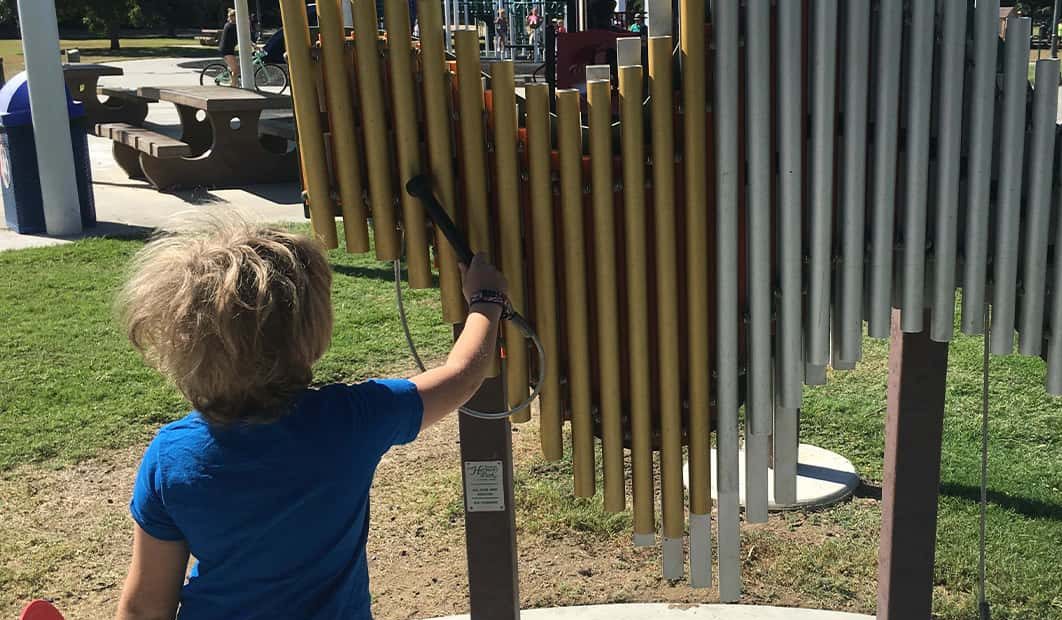 Chimes and happy children are back at a popular Clovis park.

“When the instruments were taken, we were just totally in shock. Why? Why, would someone do this?” asked Lori Reed, a board member with the local Kiwanis Club.

Thanks to generous volunteers, the Pegasus, Swirl, and Yantzee are back and more secure. Mallets for a giant windchime have been replaced. The Kiwanis Club installed Music Park for around $30,000 in June 2018 and gifted it to the city of Clovis.

Last November, two instruments were stolen and a third damaged. The vandal or vandals apparently left behind one of the instruments because it was too heavy; another was found along the path at Dry Creek Park. A third was never recovered.

Freenotes Harmony Park, which made the instruments, told Reed that theft of their park installations is rare. A similar arrangement is at Woodward Park in Fresno.

“Those (Woodward) instruments are not damaged at all. So we thought, well that’s cool, because then we’re in Clovis, so it should be a safe area,” Reed said.

Vandals caused thousands of dollars of damage at Dry Creek Park. These photos were taken in June. (GV Wire/David Taub).

Donors to the Rescue

Reed’s husband, Jim, used his contacts in the steel industry for help.

“It’s kind of a shame that a bad element in our society takes that away from kids. It was a drive …. to make our society a happy place,” Duarte said.

Fresno Wire Rope and Rigging helped with the cables that connected the mallets.

The city replaced the stolen instrument and fixed the two that were left behind.

“We are grateful to the Old Town Kiwanis for their generosity to create this wonderful play space for kids — and to restore it after it was vandalized earlier this year. That is the spirit that represents the best of our community,” councilwoman Lynne Ashbeck told GV Wire℠ via text message.