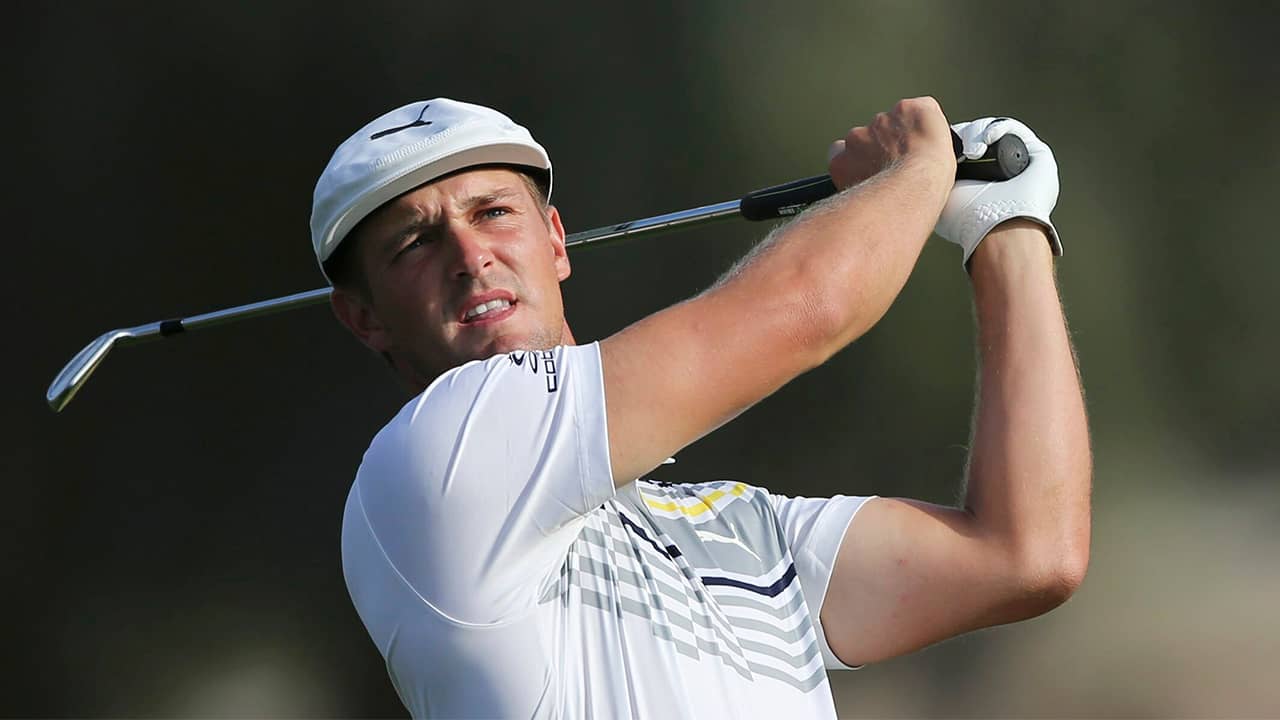 It’s hard to find a reason to like Bryson DeChambeau. It’s even harder to take your eyes off him. 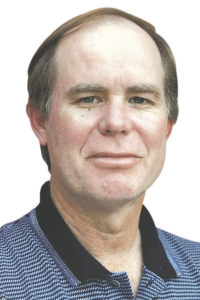 The Clovis East High School and Southern Methodist University graduate smashes jaw-dropping drives that seem to defy the very physics on which he bases his game. Bulked up on protein shakes and M&M’s, DeChambeau has so far this year been making a mockery of golf courses designed by architects who had no idea what golf of the future might look like.

In a sport where conformity is king, he is the most compelling player not named Tiger Woods. If there were fans at Harding Park in San Francisco this week for the PGA Championship, they would be crowding tee boxes to ooh and aah at every massive swing he takes.

Then there’s the DeChambeau without the driver in his hands.

He plays so slowly he annoys even his fellow tour pros. At a tournament last year DeChambeau walked 100 yards to the green and back before hitting a shot. One video from the same event that attracted a lot of attention on social media showed him spending more than 2 minutes before hitting an 8-foot putt he eventually missed.

He’s petulant, self-absorbed and prone to argue with rules officials about things like boundary fences and fire ants. He thinks cameramen should turn away and not show him when he gets mad about a shot because it might not be good for his brand.

He exasperates fellow players so much that England’s Eddie Pepperell called him out on Twitter as an “unaffected single minded twit.”

Game changer or spoiled brat? Take your pick, but there’s no arguing that DeChambeau is a lot more interesting to watch than the average tour pro.

He’s in San Francisco this week to try to win his first major championship, a task that shouldn’t be out of hand for the No. 7 player in the world. DeChambeau is the talk of golf. But if you want to hear him talk, it has to be in a softball interview with Golf Channel because he refused to appear before the media and answer questions the way Woods and every other top golfer do every week.

Then again, who wants to answer questions about fire ants when the Wanamaker Trophy is sitting there for the taking?

DeChambeau tees off Thursday afternoon as one of the favorites in a tournament that originally was supposed to take place in May. He does so after taking advantage of the pandemic to add another 20 pounds to the 20 he gained over the winter in a largely successful effort to build up his clubhead speed.

He’s 6-foot-1 and 240 pounds and can propel a golf ball a ridiculous 205 mph, which translates into regular drives of 350 yards or more. While others are hitting 8-irons to greens, DeChambeau is trying to decide what wedge to play, and there are few par-5’s he can’t easily reach in two.

He can also putt a bit, becoming the first player to lead a tournament in both strokes gained off the tee and on the green when he won in Detroit last month for his sixth PGA Tour title.

All this from a 26-year-old who wears a Ben Hogan-style flat hat and is so scientific about his golf that he’s liable to consider the rotation of the Earth as he studies the break of a putt.

“It’s impressive. He’s big,” Rory McIlroy said earlier this year. “He’s sort of gone down a path and he’s got a conviction and he’s following it. He’s always thought outside the box and thought a little differently than most people.”

DeChambeau Is Unapologetic — and Aggressive in His Own Defense

Much of that thought — including using clubs that are all one length — has helped make him a great player. Some of it, though, shows he has work to go before becoming a great person.

That was on display this year when he engaged in a long argument with a rules official over the definition of an out-of-bounds fence. A few weeks later he was holding up play again while trying unsuccessfully to get an official to agree that seeing a fire ant near his ball meant he should get a free drop from a bad lie.

No wonder his caddie attempted to block a television camera after DeChambeau teed off following a 10 on the 15th hole at Muirfield Village. On TV, he comes across as both arrogant and condescending.

DeChambeau is unapologetic, and as aggressive in his own defense as he is off the tee. He believes he’s being unfairly singled out as a slow player in a sport filled with them.

After berating a cameraman he thought was lurking too long after a sand shot in Detroit, he said he is just passionate about golf.

“We don’t mean anything by it, we just care a lot about the game,” he said. “For that to damage our brand like that, that’s not cool in the way we act because if you actually meet me in person, I’m not too bad of a dude, I don’t think.”

The jury is still out on that, just as it is on whether he can maintain over time the huge distances he has gained off the tee. DeChambeau is always a work in progress because he’s always tinkering with ways to get better.

If he’s really concerned about his brand, a little tinkering with his personality might be in order, too.

Tim Dahlberg is a national sports columnist for The Associated Press. Write to him at tdahlberg@ap.org or http://twitter.com/timdahlberg