As US Milk Sales Rise Amid Pandemic, "Got Milk?" Ads Return 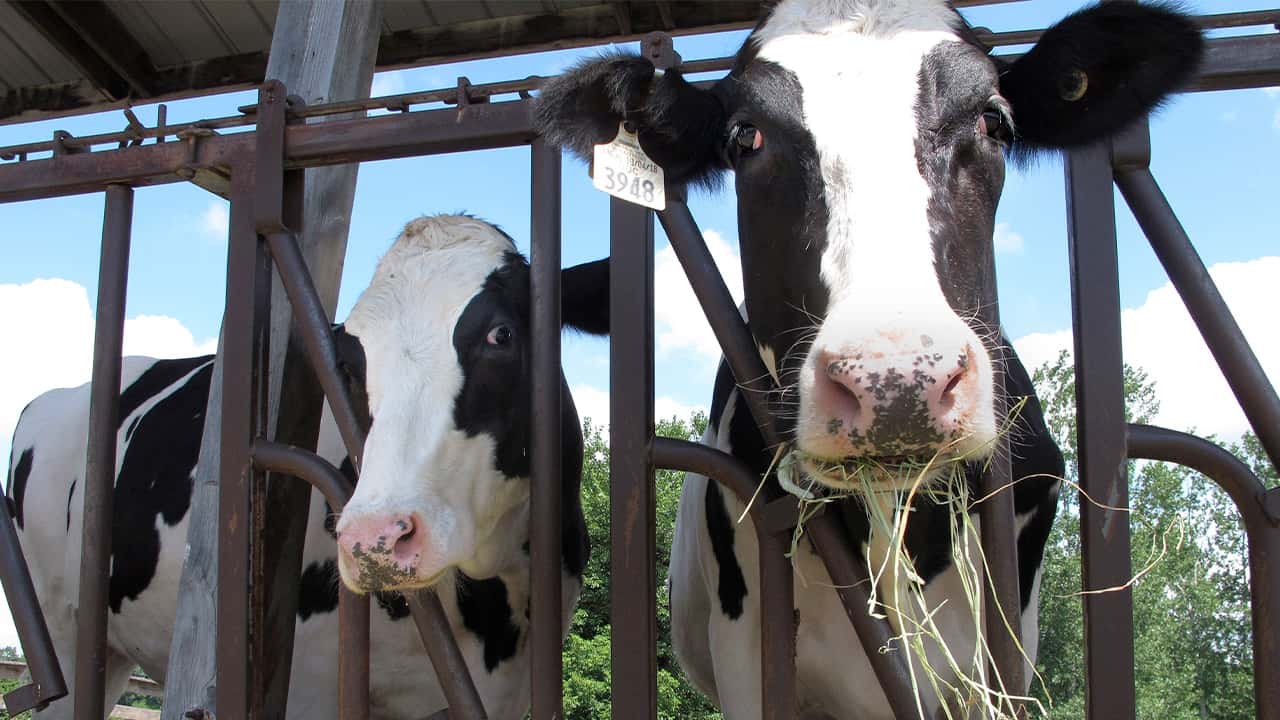 The dairy industry has a familiar question for you: “Got milk?”

Six years after the popular tagline was retired, “Got milk?” ads are back. A dairy industry-funded group is reviving the campaign, hoping to prolong the boost milk has gotten during the pandemic.

U.S. milk sales have been in freefall for decades as choices grew and consumers turned to soda, juices and plant-based alternatives like soy milk. Dean Foods, the nation’s biggest milk producer, filed for bankruptcy protection in November. Borden Dairy, another major producer, followed with its own bankruptcy in January.

But then came the coronavirus pandemic, and milk sales saw a sharp rise. Kids who were no longer having meals at school were drinking milk at home. Adults — no longer commuting — had time for a leisurely bowl of cereal. Many people were buying milk to bake and cook at home.

Unlike the original “Got milk?” campaign, which debuted in 1994 and was known for its glossy photos of celebrities sporting milk mustaches, the new campaign reflects the age of social media.

Television ads feature videos culled from the Internet of people doing funny things with milk, like opening a gallon with their toes or jumping into a kiddie pool filled with milk and cereal. In one TikTok spot, Olympic gold medalist Katie Ledecky swims the length of a pool with a glass of chocolate milk balanced on her head.

There will also be tie-ins with other brands like Hershey, which will offer in-grocery coupons when shoppers buy milk with chocolate syrup.

From January through July 18, U.S. milk retail sales were up 8.3% to $6.4 billion, according to Nielsen. During the same period last year, milk sales were down 2.3%.

Milk sales saw their biggest year-over-year jump of 21% in March, when buyers were stocking up their pantries. But they remained elevated even after panic buying subsided. In June U.S. milk sales were up 2%.

Yin Woon Rani, CEO of MilkPEP — short for the Milk Processor Education Program, which is funding the campaign — said cow’s milk ticks the boxes of what consumers are looking for during a pandemic: comfort, nutrition, stability and versatility. Social media research showed a 40% increase in positive mentions about milk this year, she said.

“It’s been a really exceptional year,” she said. “We’re very focused on, ‘How do we sustain that demand?’”

Other brands have also noted that consumers are looking for comfort foods. McDonald’s said last week that it will focus on familiar menu items — not newer innovations — when it ramps up marketing in the second half of this year.

The “Got milk?” campaign will likely run through the end of this year. Rani wouldn’t say how much MilkPEP is spending.

Rani said the organization debated a lot of taglines for the campaign but found “Got milk?” resonated the most. Even teens too young to have seen the original ads knew the line, she said.

“Sometimes the answer you’re looking for is right under your nose,” she said.