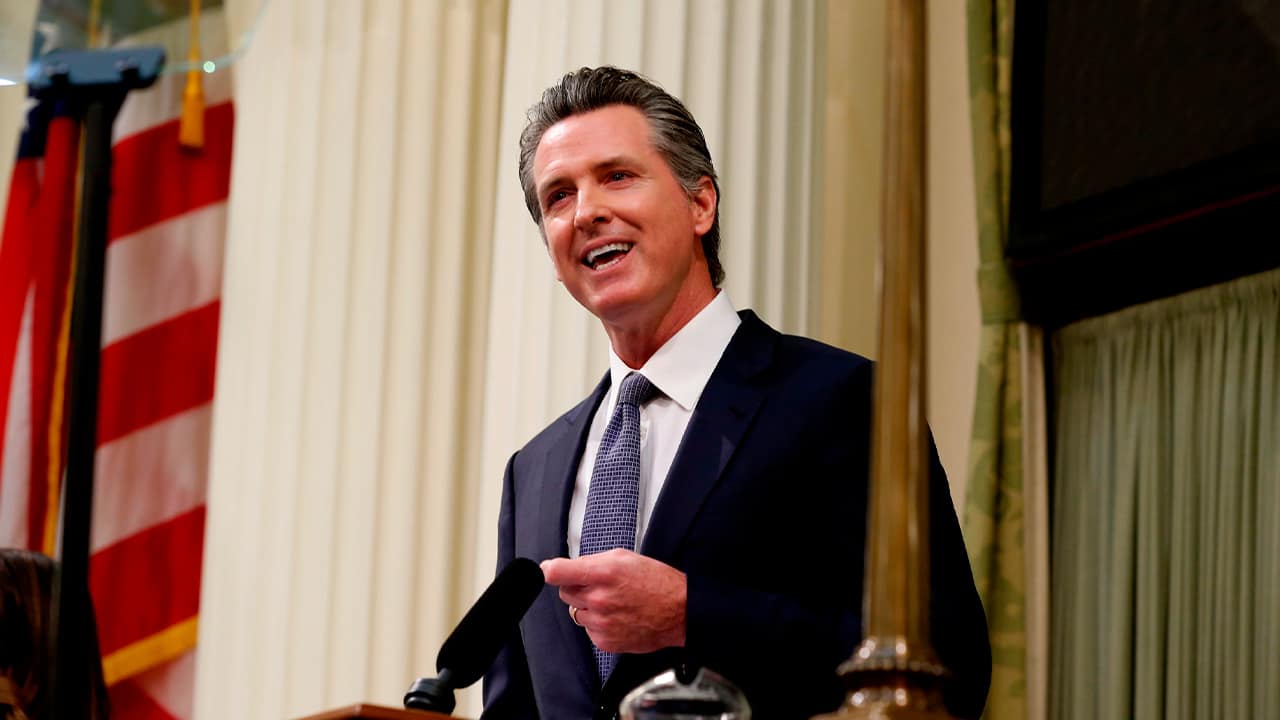 SACRAMENTO — Gov. Gavin Newsom announced Wednesday the state would keep in place a planned jump in the state’s minimum wage to $14 an hour next year for larger businesses, saying it would help hard hit lower-income workers even as many companies struggle to survive amid the coronavirus crisis.
The Democratic governor had the authority to suspend the scheduled increase given the state’s troubled economy. Since mid-March, California has processed nearly 6.8 million claims for unemployment as many businesses, especially restaurants and retailers, have been idled or forced to cut back operations while contending with government rules intended to limit the spread of the virus.
For hourly workers, Newsom said the increase represents “the raise they deserve.”
He said many of those workers “are on the front lines of the pandemic, providing child care, working in our hospitals and nursing facilities and making sure there’s food on grocery store shelves.”
But business groups warned that the increase would push even more struggling employers toward collapse, and make it harder for businesses to put furloughed workers back on the job — if those jobs come back at all.
“The governor is dead wrong on this call,” said John Kabateck, state director of the National Federation of Independent Business. He said the heftier payroll costs could be a “a death blow” for many mom-and-pop businesses already struggling to keep their doors open.

The Minimum Wage Will Increase in January to $14 an Hour

Jot Condie, who heads the California Restaurant Association, said as many as 1 million of the state’s restaurant workers have been laid off or furloughed during the pandemic and “this makes it even tougher to bring workers back.”
Condie said if there ever was a time to postpone the wage hike “it is now.”
Rob Lapsley, president of the California Business Roundtable, said in a statement that the governor’s decision “will only put more pressure on small businesses as they face unprecedented uncertainty.”
“Not only do most not know if or when they will be able to reopen, but they are also facing the potential of the largest property tax increase in state history should Proposition 15 pass in November,” Lapsley said. Those pressures “will only drive more businesses to close their doors for good and put even more residents out of work permanently.”
The minimum wage will increase in January to $14 an hour for workers at businesses with more than 25 employees, and to $13 an hour for businesses with 25 or fewer employees.
In 2016, California lawmakers approved gradually increasing the state’s minimum wage to $15 an hour by 2022, which Democrats praised as a victory in the effort to narrow the growing gap between rich and poor. At the time, Republicans warned the staged increases would only reinforce California’s image as hostile to business.