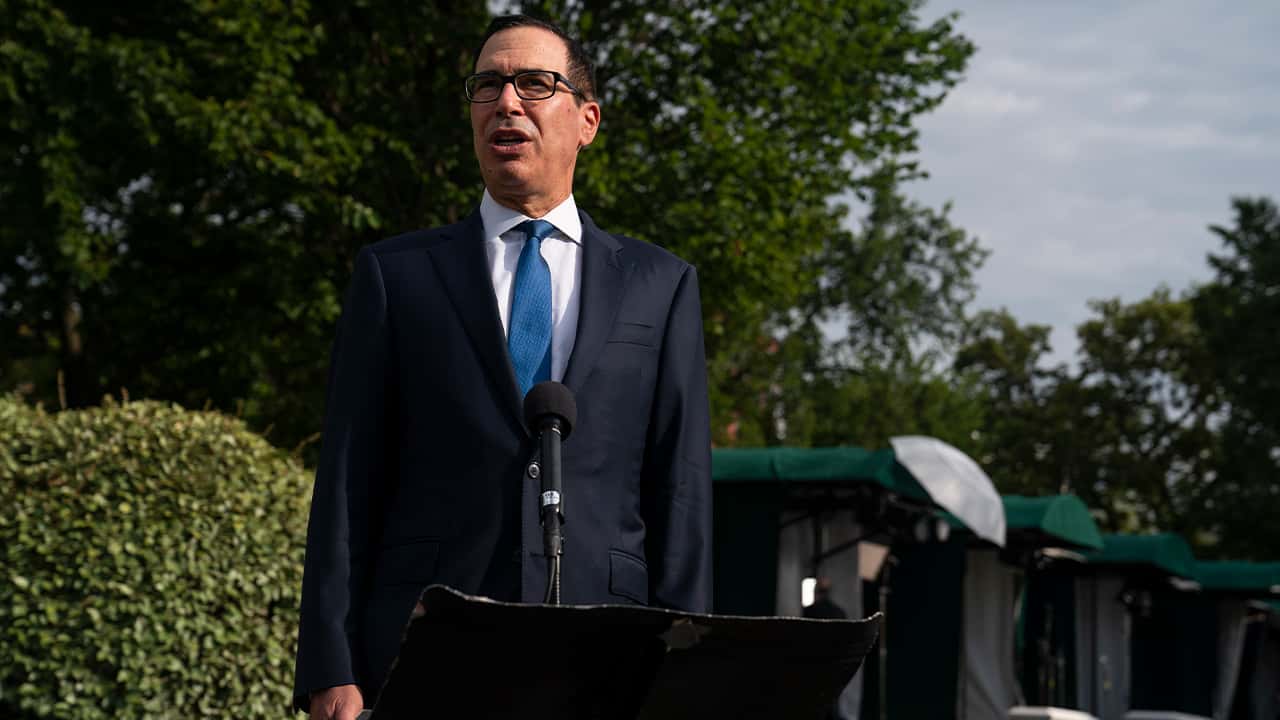 The Package Not Expected to Provide New Money for Cash-Strapped States, Cities

“We cannot piecemeal this,” said House Speaker Nancy Pelosi of California.
McConnell’s $1 trillion package is an opening GOP bid in talks with top Capitol Hill Democrats — who back a $3.5 trillion House bill that passed two months ago — in a negotiation that could be rockier than talks in March that produced a $2 trillion rescue package. GOP senators and Trump are at odds over priorities, and Democrats say the Republican plans are not nearly enough to stem the health crisis, reopen schools and extend aid to jobless Americans.
“Our Republican colleagues have been so divided, so disorganized, and so unprepared that they have to struggle to draft even a partisan proposal within their own conference,” said Democratic leader Chuck Schumer.
The must-have centerpiece for McConnell is a liability shield to protect businesses, schools and others from coronavirus-related lawsuits.
The package is not expected to provide any new money for cash-strapped states and cities, which are clamoring for funds, but Republicans propose giving $105 billion to help schools reopen and $15 billion for child care centers to create safe environments for youngsters during the pandemic.
The GOP measure does forge an immediate agreement with Democrats on another round of $1,200 checks to most American adults.
The $600 weekly unemployment benefit boost that is expiring Friday would be cut back, and Mnuchin said it would ultimately be redesigned to provide a typical worker 70% of his or her income. Republicans say continuing the $600 benefit as Democrats is a disincentive to work, but some Republicans are pressing for a temporary extension of the current benefit if the talks drag.

Bipartisan Agreement on Changes to a Popular Subsidy Program for Businesses

“We cannot allow there to be a cliff in unemployment insurance given we’re still at about 11% unemployment,” said Sen. Rob Portman, R-Ohio.

Severity of the Prolonged Virus Outbreak Is Upending American Life

In their package, Democrats are calling for $430 billion to reopen schools, bigger unemployment benefits and direct aid checks and a sweeping $1 trillion for state and local governments. They also want a fresh round of mortgage and rental assistance and new federal health and safety requirements for workers.
McConnell calls his proposal a “starting point” in negotiations with Democrats. Congress in March approved the massive $2.2 trillion CARES package, the biggest of its kind in U.S. history.
The severity of the prolonged virus outbreak is upending American life. Schools are delaying fall openings, states are clamping down with new stay-home orders and the fallout is rippling through an economy teetering with high unemployment and business uncertainty. A new AP-NORC poll shows very few Americans want full school sessions without restrictions in the fall.
Still, some Republicans said they were unlikely to vote for any new aid.
“I just don’t see the need for it,” Sen. Ron Johnson of Wisconsin told reporters on Wednesday.