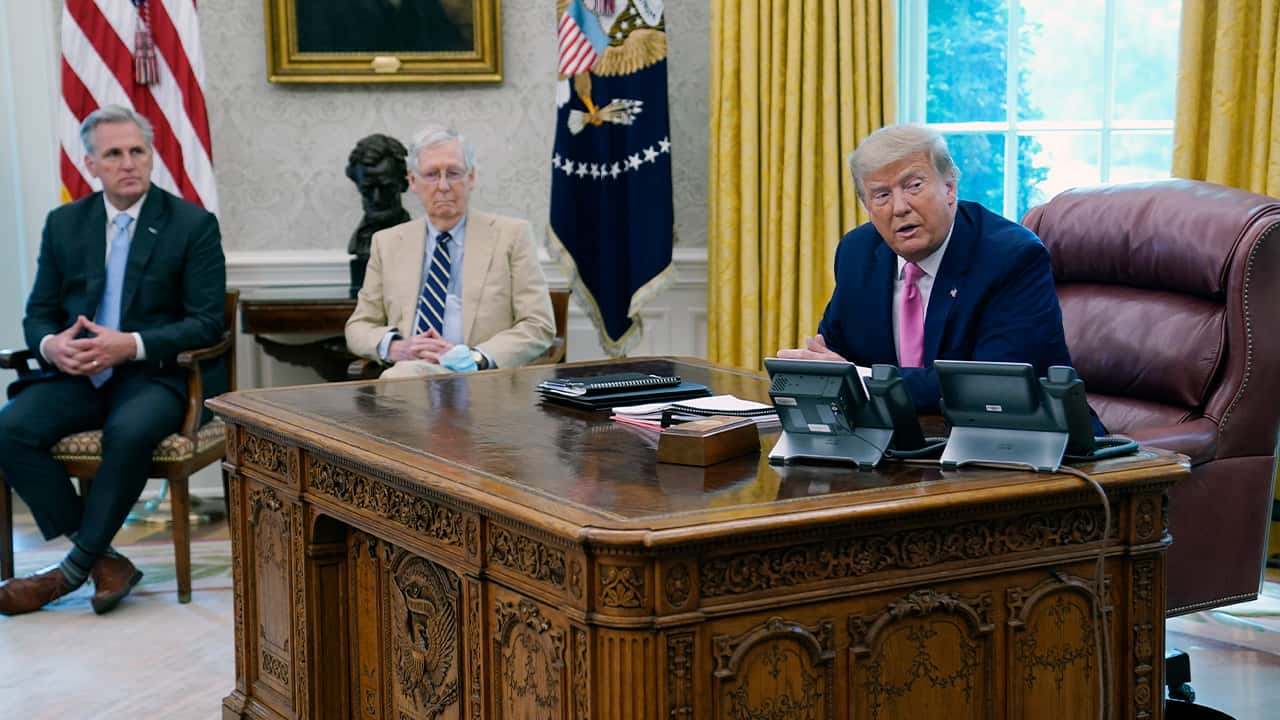 A proposed stimulus package from U.S. Senate leaders has been quietly crafted behind closed doors for weeks.

It’s expected to include $75 billion to help schools reopen, reduced unemployment benefits, and a fresh round of direct $1,200 cash payments to Americans, and a sweeping five-year liability shield against coronavirus lawsuits.

GV Wire℠ has also learned through a House GOP aide that there is also discussion of a “back to work” bonus. Details of how much and who would qualify were not disclosed.

This would be the fifth virus aid package, after the $2.2 trillion bill passed in March, the largest U.S. intervention of its kind.

Related Story: The 3 Stimulus Plans Congress Is Debating That Could Put Extra Cash Into Your ...

Urgency is starting to mount as a federal $600-a-week boost to regular unemployment benefits will expire at the end of the month.

In a 1-hour long interview with Fox News’ Chris Wallace on Sunday, the president addressed the need for lawsuit immunity for businesses in the next stimulus package.

Here is the exchange provided by Fox News:

WALLACE: The Republicans say they want liability limits, which the Democrats don’t like. You say that you want a payroll tax cut, which even some Republicans are cool to.

TRUMP: But a lot of Republicans like it, though.

WALLACE: Will you only sign a bill that has those two provisions?

TRUMP: Well, we’re going to see. But we do need protections because businesses are going to get sued just because somebody walked in. You don’t know where this virus comes from. They’ll sit down at a restaurant. They’ll sue the restaurant, the guy’s out of business. 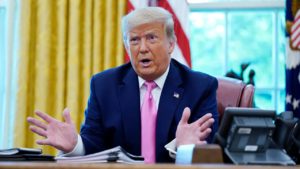 “We do need protections because businesses are going to get sued just because somebody walked in.”–President Trump

You can’t put these – you know, the people that – look, the Democrats don’t want to do that because they’re total – they’re totally captured by the lobby of lawyers. The lawyers’ lobby is probably the most powerful in the country.

State Sen. Andreas Borgeas (R-Fresno) says the threat of coronavirus lawsuits against businesses is real and wants to stop them before they start.

Borgeas is pleased Congress is considering provisions to include this in federal legislation, but he believes both federal and state actions are necessary.

Borgeas emailed a statement to GV Wire℠ reading in part, “In early May I authored a bipartisan, bicameral request to Governor Newsom requesting legal protections for businesses and their employees from foreseeable COVID-19 transmission lawsuits, on the strict condition the businesses are implementing and abiding by state and local health protocols.”

Assembly Bill 1035 will now be taken up by the Legislature.

“I will be a Principal Coauthor of AB 1035, which would implement these protections in California,” says Borgeas. “This Bill would only apply to businesses and employees abiding by State and Local health protocols and be limited to the duration of the declared state of emergency.” 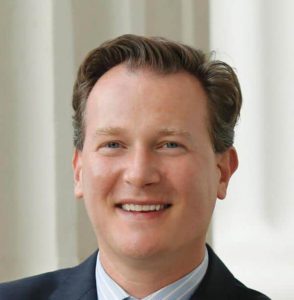 “I will be a Principal Coauthor of AB 1035, which would implement these (lawsuit) protections in California.” – State Sen. Andreas Borgeas (R-Fresno)

More than two-thirds of Americans say they still need a second stimulus check from the government to help make ends meet. That’s according to a recent survey from tax preparer Jackson Hewitt shared with GV Wire℠.

Respondents to the survey were also asked, “If there is a second stimulus payment, what amount would be necessary?”

“If you’re looking for a theme here, think liability protection for those who have been trying to deal with the pandemic,” said McConnell. “We don’t need an epidemic of lawsuits on the heels of the pandemic we’re already struggling with.”

McConnell says negotiations for the stimulus bill will start Tuesday and he acknowledges it needs support from Democrats.

Our country can’t afford a second epidemic of frivolous lawsuits while we fight the COVID-19 pandemic. The next relief package should focus on four things: Jobs, healthcare, kids in school, and liability protections for those helping us fight the coronavirus. pic.twitter.com/cR17sxbtl1

House Minority Leader Kevin McCarthy of Bakersfield spoke on Fox News’ ‘Sunday Morning Futures‘ show about his vision for the next stimulus package.

“We need liability protection because these small businesses are questioning whether they can open again,” said McCarthy. “Let’s also look at any time you’re using federal money, it shouldn’t disincentivize the ability to work. We made a mistake when we over-paid on unemployment insurance. Now it’s hard for people to come back to work because they’re making more on unemployment than they can working.”

Senate Democratic Leader Charles Schumer of New York is urging colleagues to unify against a coronavirus relief proposal that McConnell is drafting with the Trump administration.

“This one-party approach to this legislation is the same approach that delayed the passage of the CARES Act and the subsequent interim emergency relief legislation, failed on policing reform, and it won’t work this time around either,” Schumer wrote and tweeted Monday, referencing the $2.2 trillion coronavirus relief package Congress passed in March.

Schumer is balking at the five-year proposed litigation shield that McConnell wants to include in the next relief package.

“From what we understand from press reports, Leader McConnell’s bill will prioritize corporate special interests over workers and main street businesses, and will fail to adequately address the worsening spread of the Coronavirus,” Schumer wrote to colleagues.

It has been over three months since Senate Republicans have considered major COVID-relief legislation while Americans face this public health and economic crisis. pic.twitter.com/NSlJgoiebp

(The Associated Press, Fox News, and The Hill contributed to this story.)

Arambula Gives His Side of Showdown, Magsig Says It Was a ‘Setup’