We recognize the immense hardship hair stylists, barbers, manicurists and estheticians face in light of the COVID pandemic. Some services will be allowed outdoors. In the next 72 hours, we'll have updated information on how to safely offer these personal care services outdoors.

This is an update.

The original story continues below.

Beauty and barbering professionals from across the state joined Fresno Assembly member Jim Patterson on a video call with reporters, calling on Governor Gavin Newsom to change a state regulation that prevents salons from serving clients outdoors.

“I’ve been doing hair for almost 20 years, and I’ve never seen anything like this before,” said southern California salon owner Jessie Santiago. She operates ‘Salon Bender’ in Long Beach and says she’s lost about $18,000 during the pandemic. 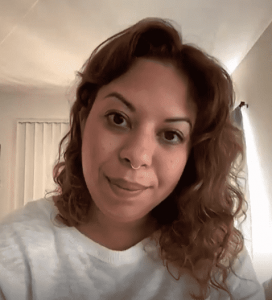 “I’ve been doing hair for almost 20 years, and I’ve never seen anything like this before.”–Jessie Santiago, owner ‘Salon Bender’ in Long Beach

Patterson sent a letter to Newsom on Thursday asking for a temporary waiver of Section 317 of the labor code to allow barbershops and salons to operate outdoors.

The law says licensed barbershops and salons cannot operate outside of their facility. That means, unlike other industries that have been allowed to adapt, they are not allowed to offer services on patios, sidewalks, breezeways or in parking lots.

The California State Board of Barbering and Cosmetology released a statement Monday clarifying that Section 7317 of the Business and Professions Code states that all barbering, cosmetology and electrology services must be performed inside a licensed establishment.

“The public has been more than accepting. Who hasn’t, has been our state officials. Our own state board, who at the beginning in one of their meetings said we don’t advocate for you, go to someone else,” said Social Salon Suites owner Rosey Ibarra of Glendale. She continued through tears saying, “There’s no reason why we don’t get the respect that we deserve and that we worked so hard for to be completely overlooked on being able to have an opportunity to put food on our tables.” 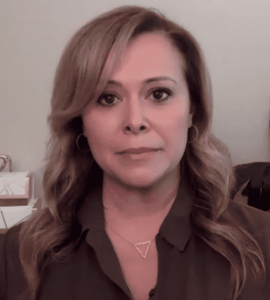 “There’s no reason why we don’t get the respect that we deserve and that we worked so hard for to be completely overlooked on being able to have an opportunity to put food on our tables.”–Rosey Ibarra, owner of Social Salon Suites in Glendale

Patterson doesn’t think the state is treating this industry the way it has treated others.

“It is time that you listen to these folks, have sympathy for them and understand what your confusion has done,” said Patterson in comments directed at Gov. Newsom. “Lift the confusion and instruct this board to allow them to open outside.”

Asked what they’ll do if the governor doesn’t grant a waiver for them to open outside, it took a few moments before the answers came.

Christina Maniaci, Owner of Salon Touché in Redondo Beach said, “Mine personally, would be to collect unemployment. I’m fortunate enough to have a family business that I could work for if I have to, but that’s not what I want to do.”

“We are way down into the nitty gritty of people’s lives being shattered and hurt for ambiguous reasons and for unfair treatment. Politics be damned.”–Assembly member Jim Patterson

“For me personally, I don’t have another option,” said Santiago. “The only option for me is to close my hair salon down, period, point blank, that’s it.” She added that she knows of hairstylists that are going ‘underground’ which she says is bad for everyone. She’s worried about what kinds of sanitation procedures aren’t being followed, and the loss of tax revenue to the state.

“If you can waive rule after rule after rule for taking booze outside, these individuals can take their business outside too,” Patterson said, referencing restaurants getting the ability to set up outdoors and sell alcohol.

Fred Jones with the Professional Beauty Federation of California says the state is citing a very vague rule in not allowing the owners to move their businesses outside. “It’s just the legal interpretation of some Department of Consumer Affairs attorney. If you get two lawyers in a room you’ll have at least four contradictory opinions.”

Patterson says this is a bigger argument than just Democrats versus Republicans.

“We are way down into the nitty gritty of people’s lives being shattered and hurt for ambiguous reasons and for unfair treatment,” says Patterson. “Politics be damned.”