Oklahoma's Governor Says He Has Tested Positive for COVID-19 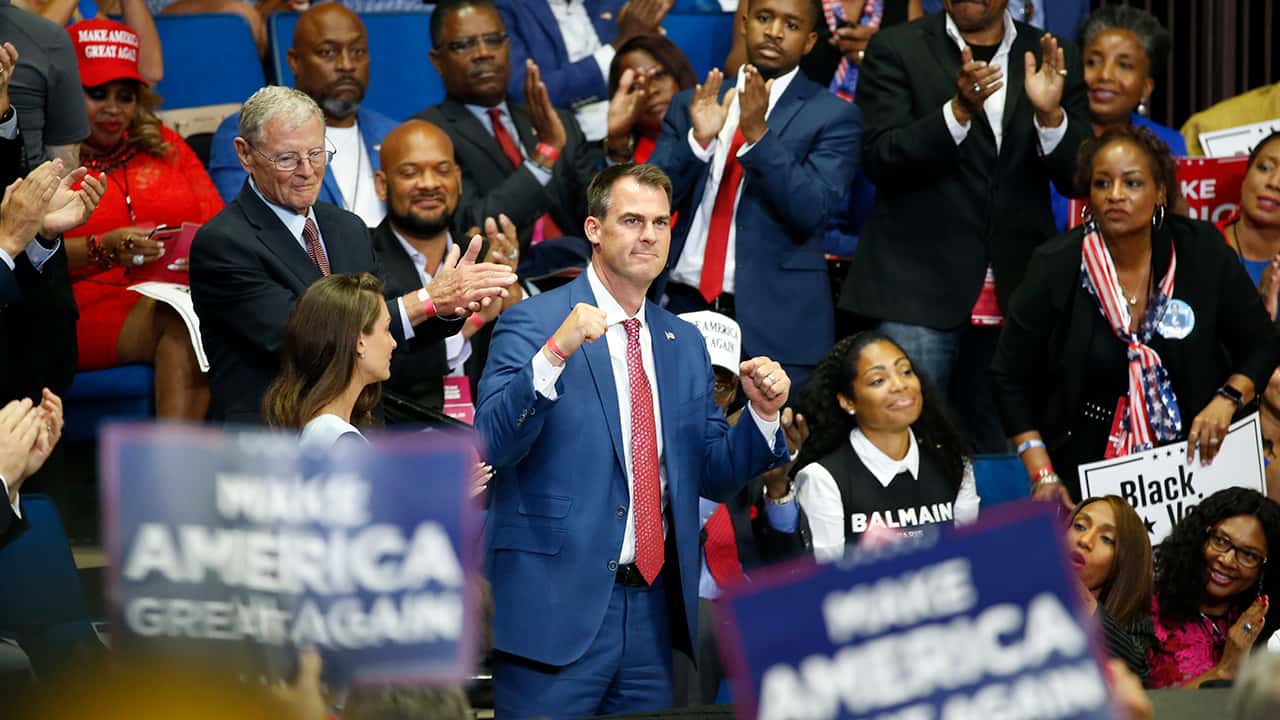 OKLAHOMA CITY — Oklahoma Gov. Kevin Stitt announced Wednesday that he’s the first governor in the United States to test positive for the coronavirus and that he is isolating at home.
Stitt, 48, said he mostly feels fine, although he started feeling “a little achy” on Tuesday and sought a test. He said his wife and children were also tested Tuesday and that none of them have tested positive.
Stitt has backed one of the country’s most aggressive reopening plans, resisted any statewide mandate on masks and rarely wears one himself.
“We respect people’s rights … to not wear a mask,” Stitt said during Wednesday’s news conference, which was held virtually. “You just open up a big can of worms.
“A lot of businesses are requiring it, and that’s fine. I’m just hesitant to mandate something that I think is problematic to enforce,” he said.
Stitt attended President Donald Trump’s rally in Tulsa last month, which health experts have said likely contributed to a surge in coronavirus cases there.
Stitt said he’s confident he didn’t contract the virus at the rally.

“As far as where he became infected, it’s really unknown,” Oklahoma Health Commissioner Lance Frye said. “It wasn’t so far back as the rally,” which took place nearly a month ago.
Stitt’s announcement came as Oklahoma reported a second consecutive day of record-high numbers of confirmed virus cases, with 1,075 new cases, bringing the statewide total to more than 22,000. The previous daily high was 993 confirmed cases on Tuesday. Health officials also confirmed four additional COVID-19 deaths on Wednesday, bringing the statewide death toll to 432.
Coronavirus-related hospitalizations also are surging in Oklahoma, increasing from 458 last week to 561 on Wednesday, although Frye said there is still plenty of hospital capacity.
Stitt came under fire early in the pandemic after he tweeted a photo of himself and his children eating at a crowded restaurant.
One of Stitt’s cabinet members, David Ostrowe, tested positive for the coronavirus in March.

Census Takers to Visit Homes That Have Not Responded

US to Hit Huawei Employees With Visa Bans for Rights Abuses