The owners of a popular Clovis restaurant say they will fight a citation they received from the state last week for serving customers in their indoor dining room. Gov. Gavin Newsom ordered the shut down of indoor operations at restaurants as COVID-19 cases and hospitalizations continue to rise across the state.

Julie and Scott Glenn are contacting state representatives, the California Restaurant Association and an attorney to fight a citation they received on July 10.

“There is no factual basis to say that restaurants have caused the spread of the virus. What I will say is that we’re continuing to take a stand.”–Julie Glenn, co-owner of House of JuJu

‘We’re Continuing to Take a Stand’

“There is no factual basis to say that restaurants have caused the spread of the virus,” Julie Glenn said by phone. “What I will say is that we’re continuing to take a stand.”

On July 1, Newsom ordered restaurants in Fresno and 18 other counties on the state’s COVID-19 watchlist to close their indoor dining spaces. On Monday, the order was expanded statewide.

So far, she says she’s received a large amount of support online and from the people she’s spoken to.

Glenn said in a Facebook post that her restaurant was cited by what she calls a “strike force” from the state Friday afternoon. She says she was not on the premises and the person delivering the citation tried to serve it to one of her employees. 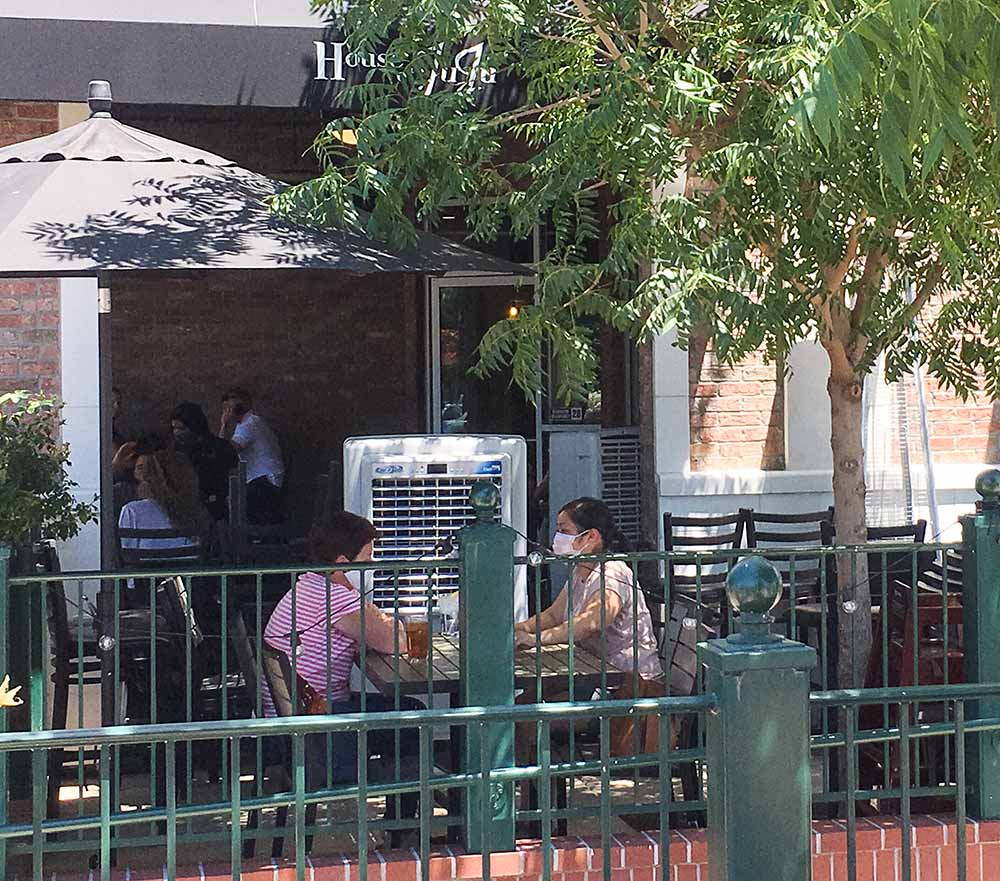 Diners sit at an outdoor table at House of JuJu in Clovis. (GV Wire/David Taub)

“Where does this make sense that these small businesses, all of us, should be shut down when we’re following more safety protocols than any other public place you’re going to go into?” Glenn asked.

Glenn also posted a message to the community on the House of JuJu Facebook page.

Part of the post reads, “Wednesday July 1st the governor ordered all inside dining at restaurants in certain counties to close immediately including Fresno County in hopes to slow the virus. That same afternoon we shopped at a large department store and a home improvement store in which hundreds of strangers were shopping. We also watched on the news in LA thousands of protesters arm in arm blocking the freeways protesting for their cause. We believe there is an injustice to our freedoms to operate a business while protecting our community. We made the decision to take a stand for equal rights.”

Some of you may have heard we were cited by a “strike force” for keeping our inside dining room open. We feel we owe…

Another well-known eatery in in Old Town Clovis, Luna’s Pizzeria and Italian Restaurant was also cited on Friday for allowing indoor dining.

“I let a couple of old people sit inside out of the heat and bad air quality,” owner Bert Liberta said by phone. “I was cited by ABC for not obeying the (COVID-19) emergency act.” Liberta said it’s unfair for small businesses to compete when large retailers and other businesses remain fully open. 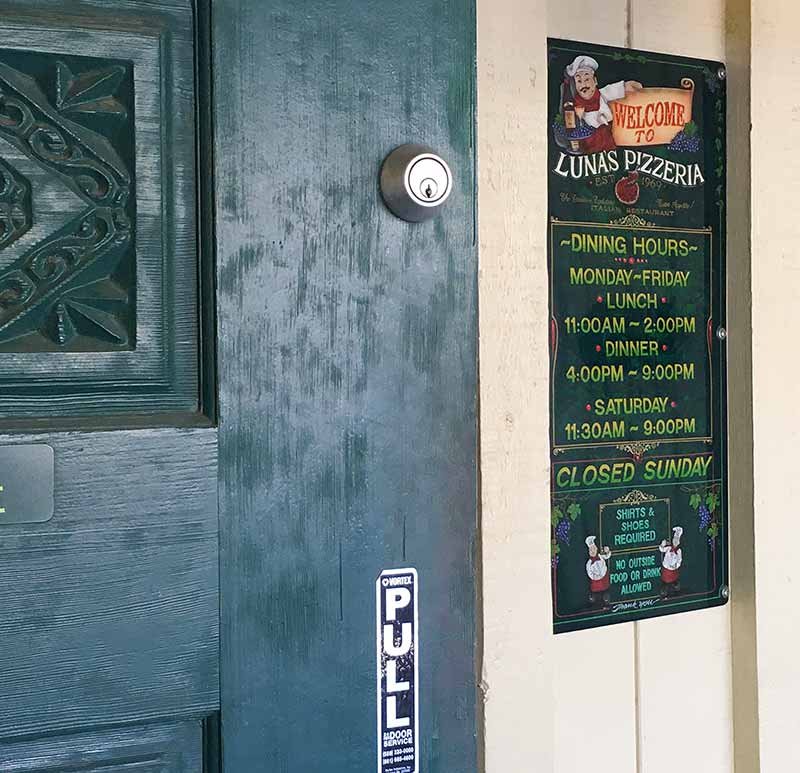 The owner of Luna’s Pizzaria says he will now offer “to go” orders only, after receiving a citation from the state for violating indoor dining restrictions. (GV Wire/David Taub)

Like the Glenn’s citation, Liberta  must appear in court in September.

Luna’s Pizzeria and Italian Restaurant has been serving Italian meals since 1969. Instead of disobeying the governor’s order, Liberta says he’s now only doing takeout and to-go orders.

The California Department of Alcoholic Beverage Control sent a list of Central Valley restaurants cited from July 3 – July 5 to GV Wire℠ by email.