The water shimmers invitingly over the 11 swimming lanes in the massive blue-tinged pool, which according to a nearby sign has a maximum occupancy of 434.

But because of the COVID-19 pandemic, the brand-new pool at McLane High School in central Fresno has zero occupants. Except for the occasional nocturnal fence-hopper, the pool is achingly out of reach.

When principal Brian Wulf and vice-principal Ramiro Teran look at the nearly Olympic-sized pool, the tiered stadium-style bleachers shaded by a metal roof, the outdoor shower stands where swimmers can rinse off before entering the pool and after leaving it, they see the promise of a thriving aquatics program not only at McLane but also its feeder schools. 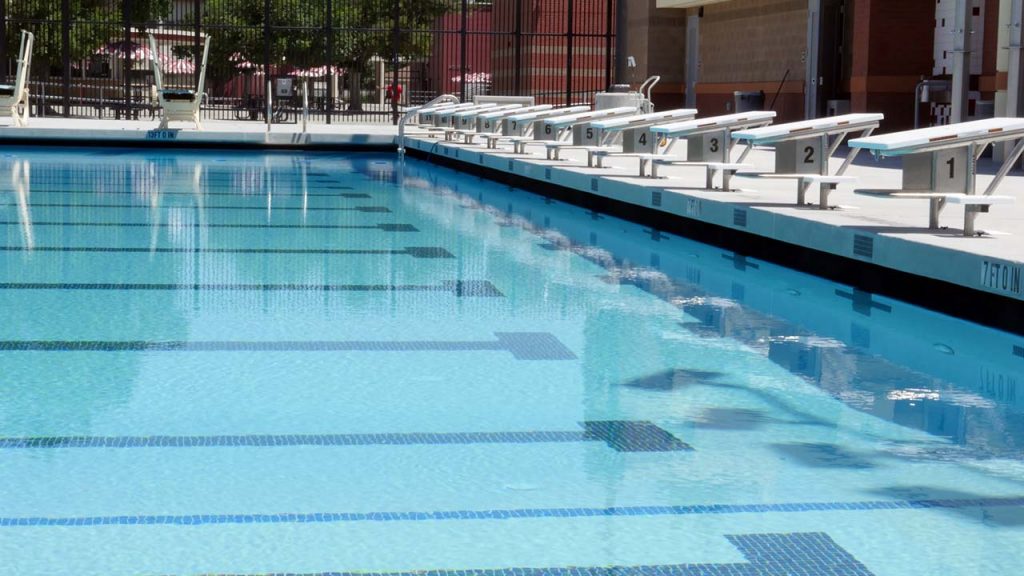 Mostly, they see one more thing that McLane students, staff, and the community will take pride in.

For residents of one of the city’s most impoverished neighborhoods, Wulf said, it’s meant a lot to see the 60-year-old high school look more and more like a college campus, from the tree-lined central quad surrounded by new and old classroom buildings and the massive Quonset hut that houses the cafeteria, to the new aquatics complex, and to other new facilities yet to come. 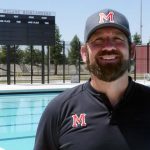 It was hard to take pride in the old pools, one used for swimming and water polo and the other for diving, that were each about the size of a backyard or community pool, Wulf said. The swimming pool was so small that water polo goalkeepers could stand on the pool bottom while defending the goal at the shallow end. It had only four lanes for swimmers and wasn’t 25 meters wide, which made it harder to clock swimmers’ times accurately.

And both pools were unheated, so there was no swimming or diving in the winter months.

“It would discourage participation from the kids,” Wulf said. “It’s hard to put into words, but it’s kind of embarrassing when you have embarrassing facilities to be part of a program.”

The “snack bar” was a folding table that someone hauled over. The scoreboard was a puny sign that sat on the ground and was difficult to read, especially in bright sunlight. There were no restrooms or locker rooms, so athletes had to lope over to another building to change or use a restroom.

Plans for the new pool complex didn’t originally include locker rooms and restrooms, and Wulf said district trustees and the facilities department deserve credit for recognizing the importance of adding them to the $8.2 million project.

“As a result, McLane has a really state-of-the-art aquatics complex, which is just outstanding, but no expense was spared so the kids in the McLane community will have everything they need to be successful,” he said.

That includes the pool design, which is a collegiate-style “fast” pool, with channels along the edges to help dissipate waves that slow down swimmers. 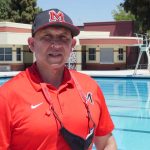 As school and district officials took GV Wire on a tour of the complex this week, Teran was like a kid on Christmas morning as he demonstrated the top-of-the-line sound system and the electronics equipment that enable swimmers’ times to automatically display on the new McLane Highlanders scoreboard high above the south side of the pool.

Teran pushed a button to start a stream of water from one of the poolside showers that are on circular stands, three next to the locker rooms, and the other three near the concession counter. And yes, he says, the water coming out of the spigot, like the water in the pool, is heated.

The complex includes an office for coaches — athletics director Felix Juarez has already moved in some of his Chicago Bears paraphernalia — and the built-in concessions window, with a large room inside for concessions workers and a separate storage room behind it.

Once schools reopen, McLane will be able to host competitions and tourneys at the pool complex. Stadium lights tower high above the pool, so it can be used for evening competitions.

Wulf expects that participation in McLane’s swim, diving, and water polo teams will explode, in part because students will be attracted to the sparkling new complex.

Time for Feeder School Students to Get Wet

McLane’s feeder middle schools, Yosemite and Scandinavian, also will be developing water polo and swim programs for the first time, because their students will be able to use the new pool.

“I think it’s going to do wonders in terms of improving the numbers within our athletic program but also exposing kids to the opportunities that come with aquatics.” — Brian Wulf

And that will help them be more competitive in their chosen water sport once they move on to McLane, Wulf said.

“I think it’s going to do wonders in terms of improving the numbers within our athletic program but also exposing kids to the opportunities that come with aquatics,” he said.

Right now, McLane is searching for a new aquatics coach to replace the former coach, who quit to take a job at another area high school, Wulf said. Whoever gets the job will not only inherit the new aquatics complex but also will have the opportunity to develop a regional plan for aquatics in the McLane area, he said.

McLane’s pool is part of the district’s “blue spaces” for community swims and swimming lessons offered through the city of Fresno Parks and Recreation Department. The pool includes a moveable lift chair for swimmers with special needs.

This year’s summer swim sessions had to be put on hold because of the pandemic.

Wulf said plans also are in the works for a NASA “Dive Into Space” summer camp, with an underwater “International Space Station” that students will access, training like real astronauts train and developing their scuba diving skills.

The camp had been scheduled for this summer but had to be postponed to next year because of the coronavirus. 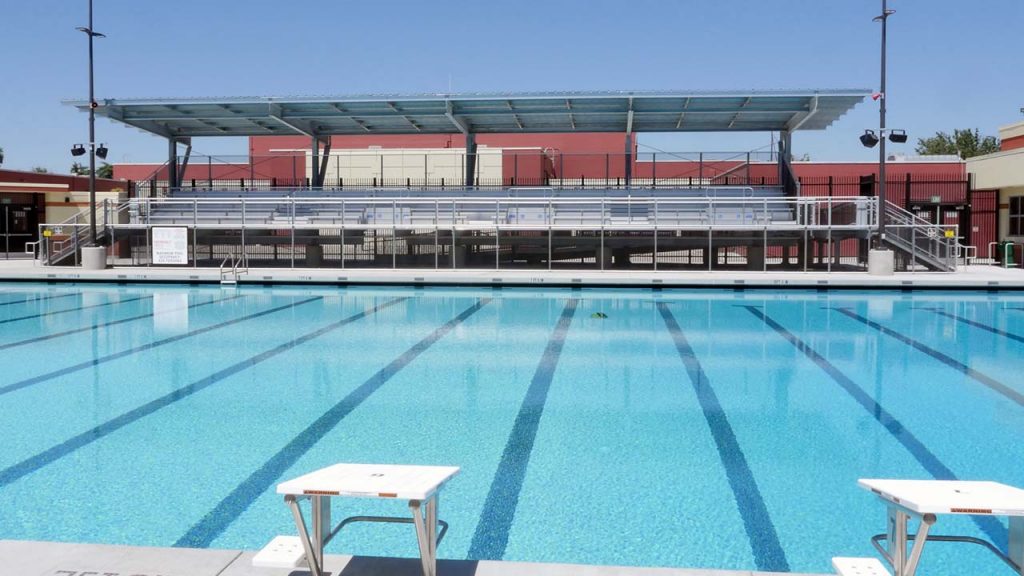 McLane had planned a schoolwide swim party for Friday, March 20, as part of a larger celebration to mark the project’s completion.

Because the pool was still under construction at the start of the school year, when the swim traditionally is scheduled, officials had promised to hold the party once the complex was completed.

But they received the keys to the pool complex just days before Friday, March 13, which may go down as one of the unluckiest Friday the 13ths in history. On that day Fresno Unified announced schools would close starting the following Monday in an effort to slow the spread of the coronavirus.

So, he and Teran expect to get wet on the day when McLane can finally celebrate its new pool.

“The kids will throw us in, whenever it happens, we’re going to get thrown in,” Wulf said with a grin. “Once they get their hands on you …”