Just one more day of scorching heat and Fresno will feel the “ah, that’s much better” of a big cooldown on Sunday and Monday.

The 10-day Weather Channel forecast calls for a Saturday high of 107 degrees followed by a Sunday high of 94 degrees.

Meteorologists at The Weather Channel say that Monday will be even cooler — a high of 88 degrees — before the thermometer rises steadily to triple digits beginning on Thursday.

The daily highs then are expected to remain above or near 100 degrees through at least July 10, The Weather Channel says.

As the National Weather Service in Hanford explained in its forecast discussion on Friday, “a dry cold front will finally bring an end to this heat wave … and usher in a much cooler air mass Sunday through Monday.”

After steady Tuesday and Wednesday, NWS Hanford says, “The long-range models forecast the upper-level ridge to build back into central and southern California in the 7 to 10 day period. If that happens, we could see a return of scorching heat in the San Joaquin Valley, lower foothills and desert during the Fourth of July weekend.” 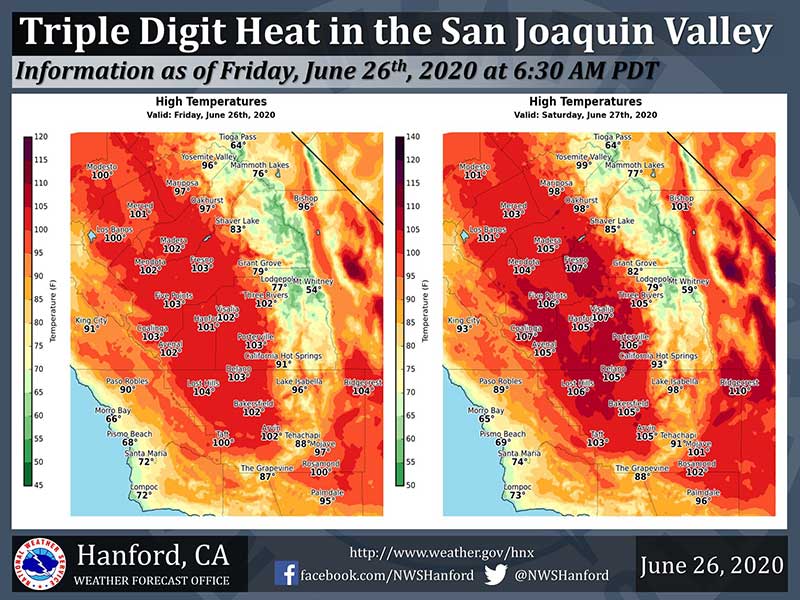