An earthquake with a preliminary magnitude of 5.8 struck Wednesday in Central California near Lone Pine in Inyo County, according to the U.S. Geological Survey.

The effects were felt in Fresno, about 140 miles from the epicenter. There were reports on social media being that it was felt in Sacramento and Southern California, as well.

Lone Pine, whose Chamber of Commerce calls the community the “Other Side of California,” lies between the Sequoia National Forest and Death Valley National Park.

As of 11:20 a.m., the USGS reports at least eight aftershocks, the largest being 4.6 magnitude, also near Lone Pine. 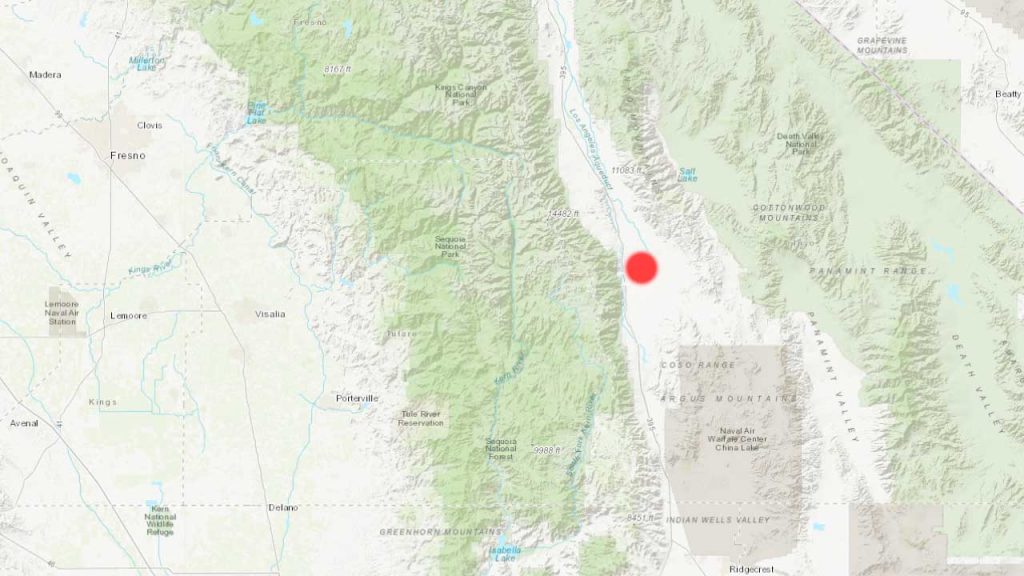 Preliminary Reports: No Damage nor Injuries

According to the office of state Sen. Andreas Borgeas (R-Fresno) — who represents Inyo County — the California Office of Emergency Services has no confirmed reports of injury.

Kathleen New of the Lone Pine Chamber of Commerce said the earthquake lasted a while and rolled, but caused no major damage. She said some pictures were knocked off the wall.

“If you can’t stand an earthquake, you should get out of California,” New said lightheartedly.