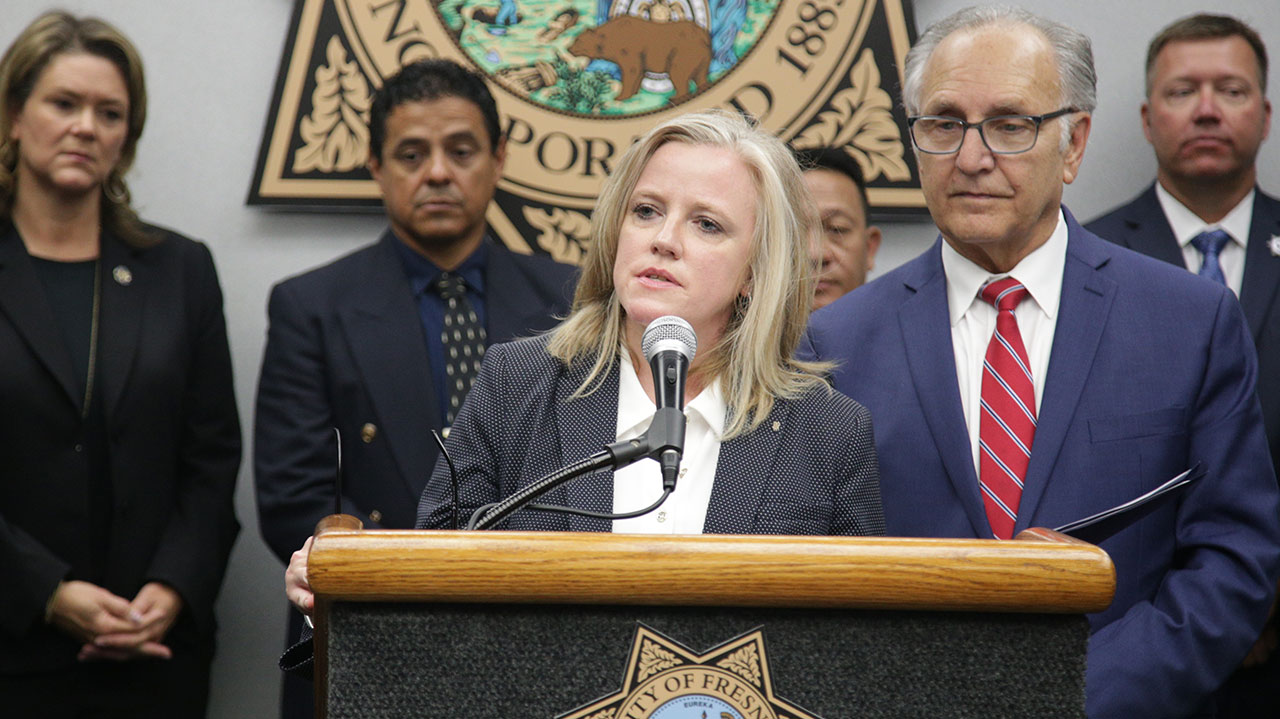 Insiders at both Fresno City Hall and the Fresno County Hall of Records say Fresno City Manager Wilma Quan could be moving just a few blocks.

Multiple sources at both houses of government say Quan is in consideration for an assistant county administrative officer position.

One person with knowledge of the situation, speaking on the record but not for attribution because it is a personnel issue, said that Quan moving to the county is “not out of the realm of possibility.”

Fresno County Administrative Officer Jean Rousseau has two assistants, Jeannie Figueroa and Deborah Paolinelli (the CAO is the county equivalent to a city manager). Figueroa officially retired but has stayed around to help the county through the COVID-19 pandemic.

Members of the Board of Supervisors say Rousseau told them he plans to retire by the end of 2021.

Quan has served as Mayor Lee Brand’s city manager since July 2017, when she took over for Bruce Rudd, who retired. She’s worked with the city since 2009 in various roles, including assistant city manager and in the planning department.

Politico reported last week that the NRCC is spending nearly $3 million on TV ads in the Fresno market ($1.78 million) and Bakersfield ($1.16).

“Voters of California’s 21st Congressional District deserve better than corrupt tax cheat TJ Cox who not only evades his taxes, but gets sued for discriminating against the handicapped,” said NRCC spokeswoman Torunn Sinclair.

“David Valadao clearly didn’t learn his lesson the first time around that doing Donald Trump’s bidding and voting to take away health care from 60,000 of your own constituents will get you kicked out of office. For years Valadao betrayed Central Valley families. There isn’t enough money in the world to save him from that fact this time around,” said Amanda Sands, Cox’s campaign manager.

All registered California voters will receive a ballot by mail.

Even though Gov. Gavin Newsom’s attempt to make this law by executive order was successfully challenged in the courts, the Legislature then passed the same thing.

Fresno County already sends ballots to all registered voters as a Voters’ Choice Act county, having done so the first time for the March primary.

One aspect of the law also changes how long the election clerk can accept mailed-in ballots, as long as they are postmarked by Election Day. The law, AB 860, changed it from three days to 17 days.

According to the legislative analysis of the bill, the change was made “to protect against the potential that COVID-related issues or budgetary issues affecting the United States Postal Service could delay the return of completed vote by mail ballots.”

The Election Integrity Project opposed AB 860, although it says it supports the goal of convenient and safe elections.

Regarding the 17-day rule, EIP told the Assembly elections committee there was no evidence that COVID-19 would slow down the postal service.

“While it does not contribute in any way to the voters’ ability to protect health and life while voting, it very definitely extends a windfall opportunity for ballot manipulation and fraud. It also delays election results in close contests, which is a betrayal of the voters’ trust in our system,” Ruth Weiss, EIP California’s vice president told the committee.

Fresno County elections clerk Brandi Orth said that only two ballots came in after the three-day deadline in March and thus weren’t counted.