The Fresno City Council and Mayor Lee Brand unanimously proclaimed Thursday as Black Lives Matter Day, and the signing was followed with a celebration in front of City Hall. 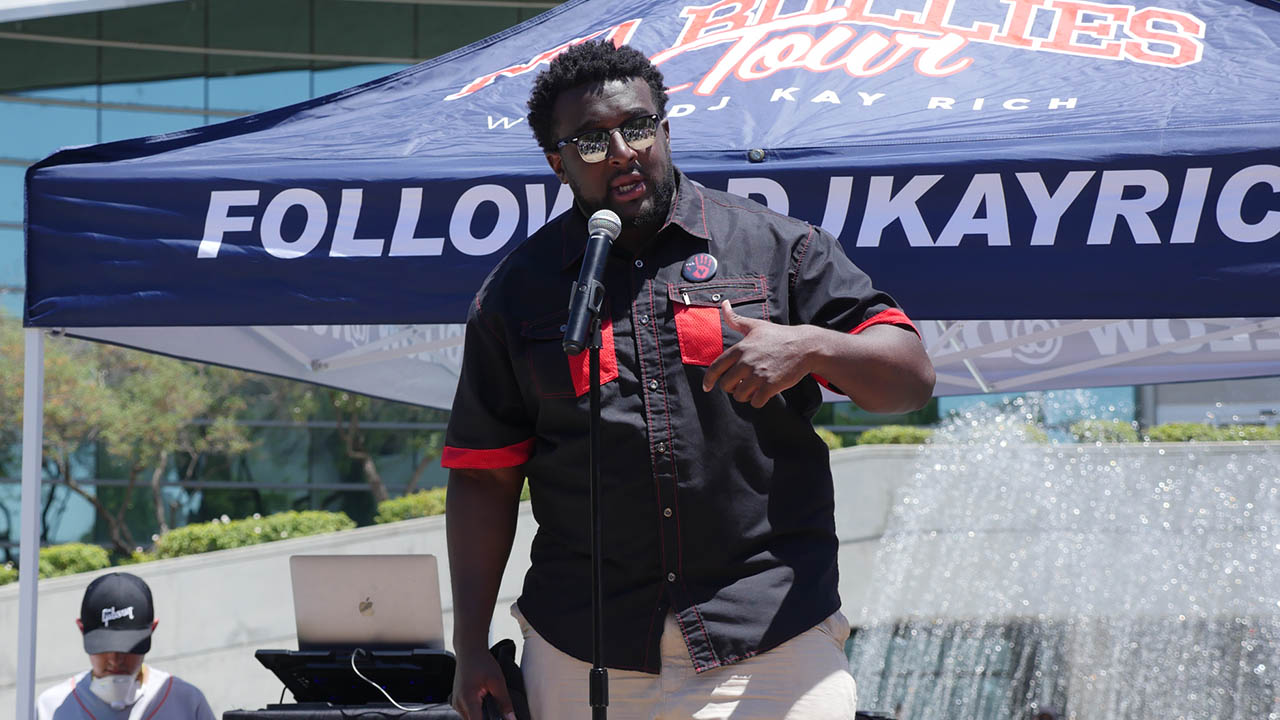 “Today is not a victory, it’s a step in the right direction.” — DJ Kay Rich

DJ Kay Rich, who is the DJ for Fresno State basketball, hosted a party that included music, dancing, and Black Lives Matter street art on the day before Juneteenth, which commemorates the freeing of slaves in Galveston, Texas, after the end of the Civil War.

“Today is not a victory, it’s a step in the right direction,” Rich told a noontime crowd of several hundred people, many of whom carried signs or wore t-shirts supporting Black Lives Matter.

Watching over the event under the shade of a tree across the street: three downtown Fresno police officers on bicycles. They didn’t have much to worry about. This event, like all the protests organized by the Fresno State chapter of the NAACP the last three weeks, was peaceful — without watering down the message. 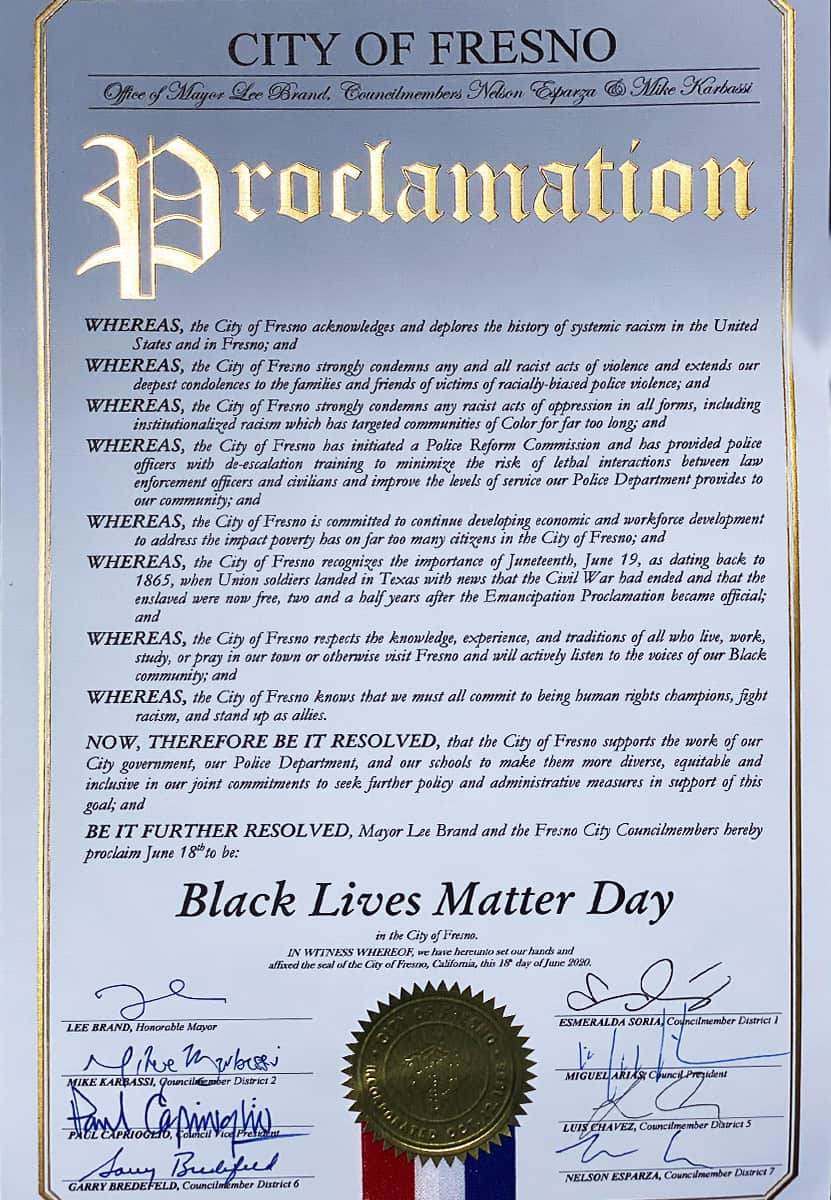 On that day, California Highway Patrol officers in full riot gear met the protesters with billy clubs at the Bullard Avenue onramp to Highway 41. And, Fresno police cited Medina a few days later for blocking city streets without a permit.

Now, the Black Lives Matter movement has the 100% support of City Hall — including northeast Fresno councilman Garry Bredefeld — after the death of George Floyd at the hands of Minneapolis police officers cast a bright light on racism in law enforcement.

In September 2017, Bredefeld caused an uproar by criticizing NFL players for kneeling during the National Anthem and speaking against the firing of the white police officer who shot and killed black teenager Michael Brown in Ferguson, Missouri, in 2014. Bredefeld later apologized to his city council colleagues and Fresno’s African American community “for the pain I have caused.” 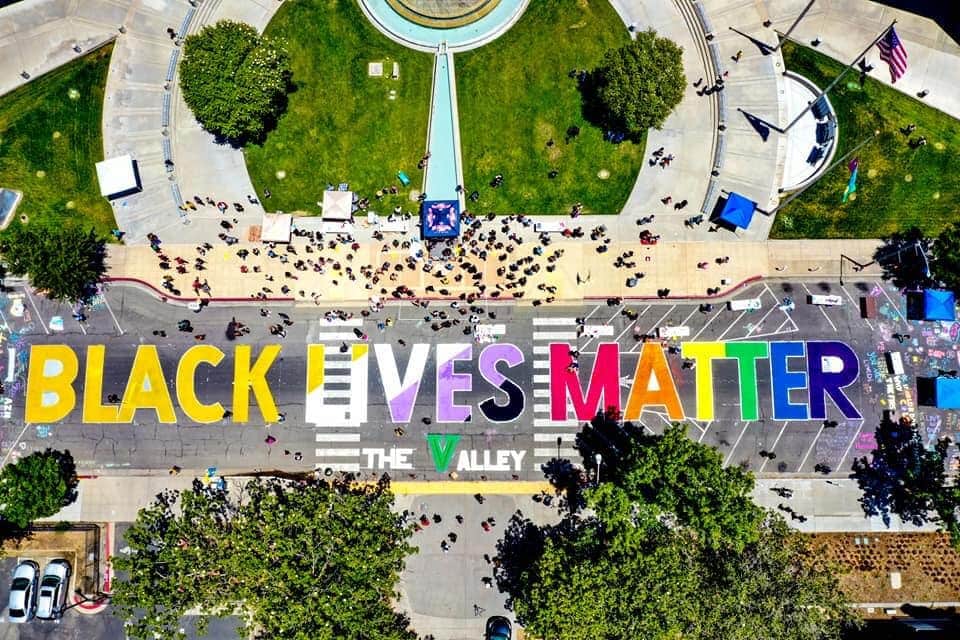 Five years ago, then-councilmember Oliver Baines failed to get unanimous support for his ordinance banning the confederate flag on city of Fresno property.

Brand, a councilmember at the time, abstained from the vote, as did then-District 2 representative Steve Brandau.

“What the confederacy stood for, and it’s clear what that flag stood for, was something awful that none of us on this dais agree with. We don’t believe what those men believed back then and I think it is OK for us to say we don’t believe in that,” said Baines, who wrote the ordinance after the Charleston, South Carolina, church massacre.

Brand explained that he was worried the ban could put the city on a slippery slope of rewriting history.

“Do we send a letter to Fresno County and ask them not to have a civil war re-enactment at Kearney Park where they display the confederate flag?” Brand asked.

On Thursday, Brand said that the Black Lives Matter movement is “transformational” and provides Fresno with the opportunity to improve policing, as well as end multi-generational poverty.

Rich’s “step in the right direction” comment was echoed by three city councilmembers who spoke at the event.

“This was a long time coming,” said councilwoman Esmeralda Soria. “But it doesn’t end here. It’s about parity. It’s about budget matters. Make sure you keep us accountable.”

And, council president Miguel Arias offered words that every voter likes to hear.

Promising that major changes to the Fresno Police Department via the recently announced reform commission, Arias said, “If we don’t (make things better), kick us the hell out.” 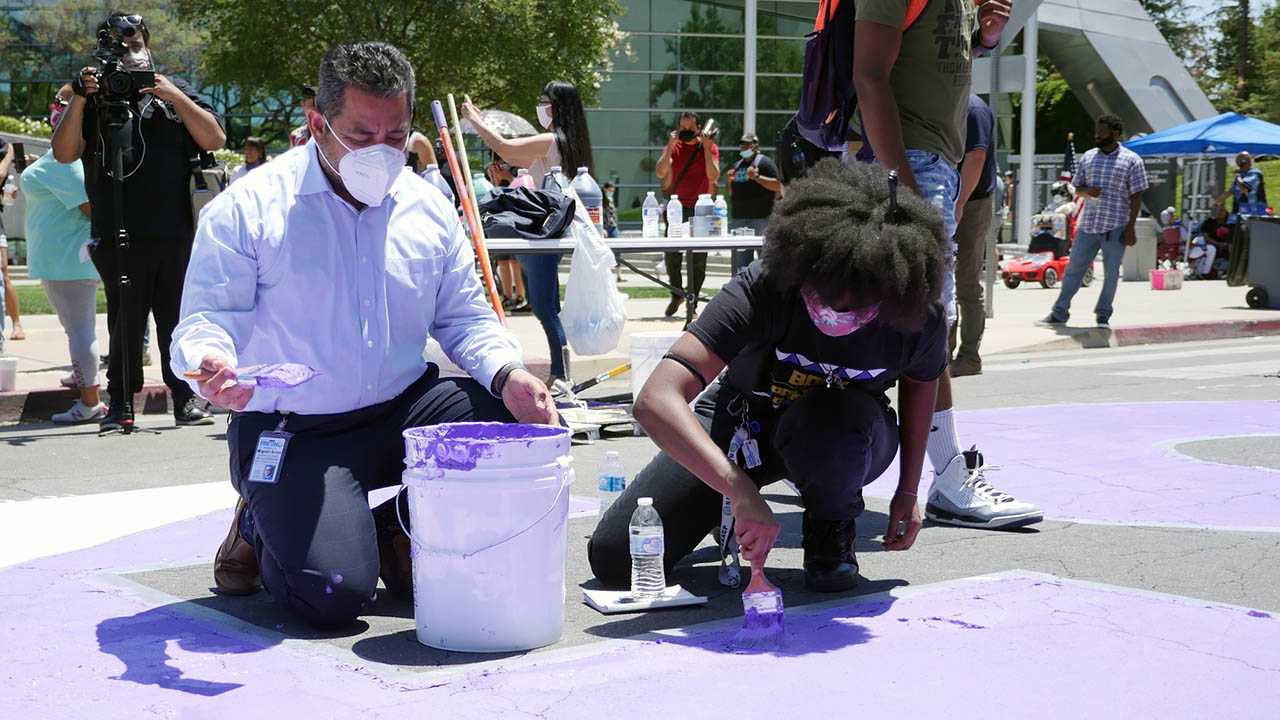