Police Search for Suspect in The Vault Jewelry Heist 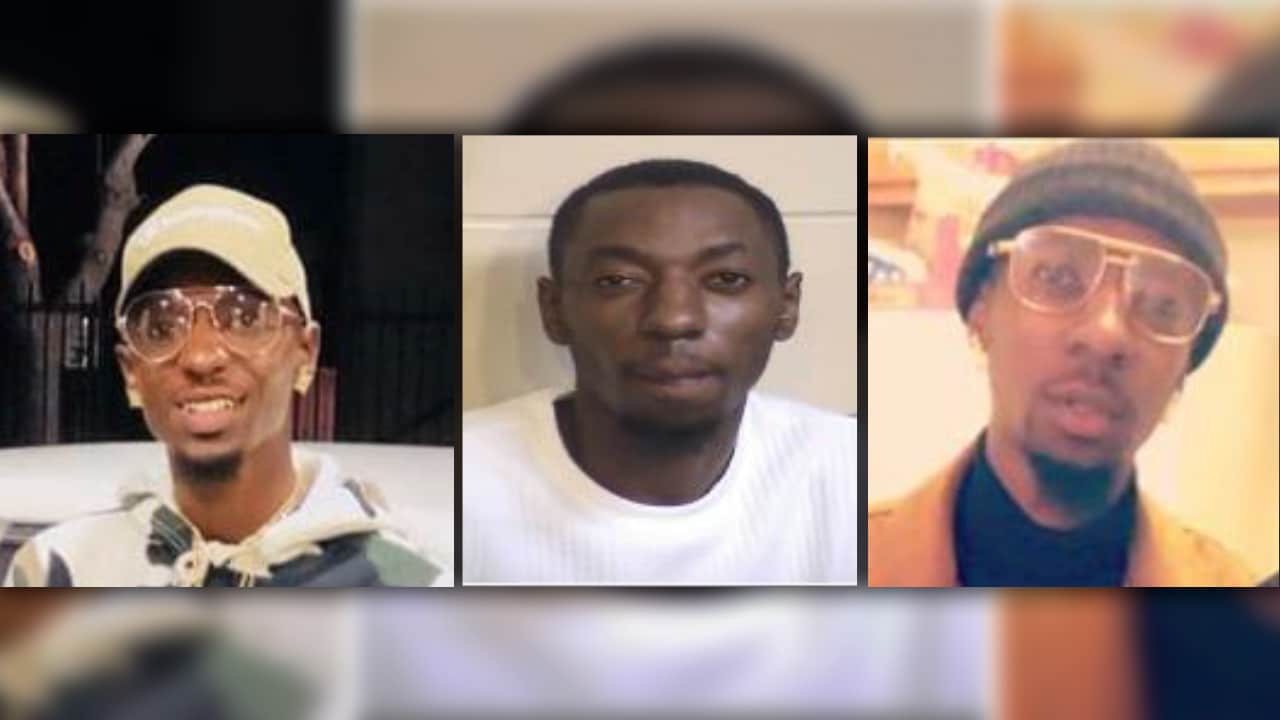 Police say approximately $300,000 worth of jewelry was taken in the May 31 break-in and vandalism at Fig Garden Village.

Fresno police are now circulating three pictures of a suspect they believe is responsible for the theft at The Vault Fine Jewelers.

It’s very likely he’s not the only one they’re looking for since the initial report from that night indicated 15 vehicles were circling the northwest Fresno shopping center in a suspicious manner. 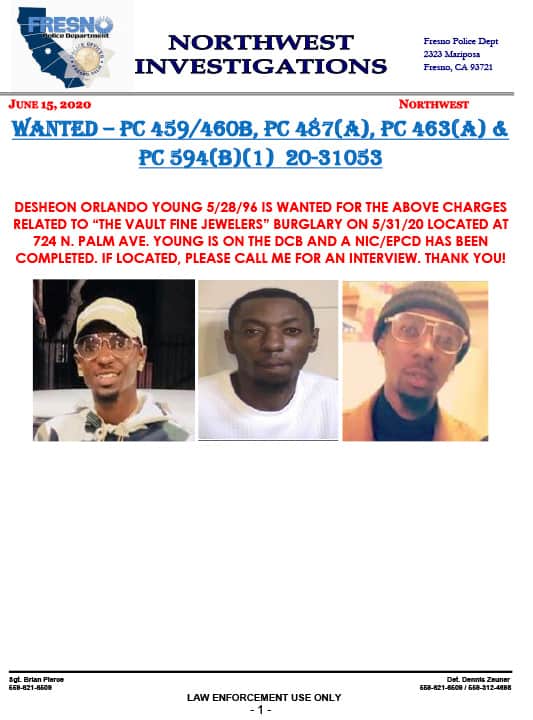 Officers located some of the stolen jewelry in the parking lot and returned it to the business owner.

Some physical evidence was left at the scene. Police are reviewing surveillance video to see if that can help determine who is responsible. 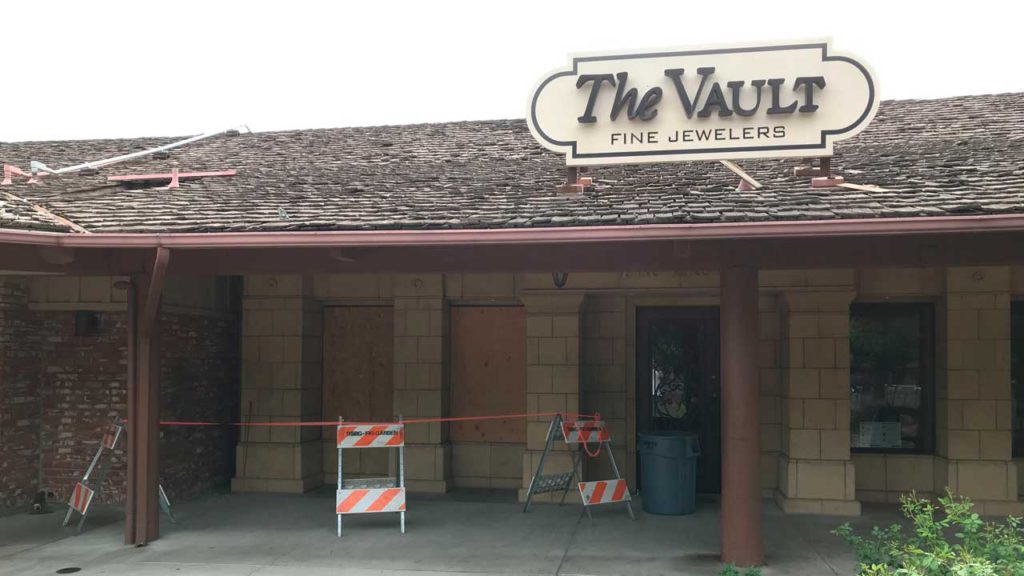 Broken windows on the front side of The Vault Fine Jewelers in Fig Garden Village. (GV Wire/ Jim Jakobs)

A break-in at the Clovis Target at Shaw and Clovis avenues had a similar number of vehicles around the business, security footage shows. But there is no confirmation they are the same suspects.

At about the same time as the burglary at The Vault, a break-in at the CVS pharmacy next door was called into police.

Officers checked and found about a 5-inch hole in the front door. Police reviewed security footage that showed two suspects wearing hoods, masks, and latex gloves. The video shows that the suspects used a hammer to break the glass on the front door.

No one made entry into the CVS. 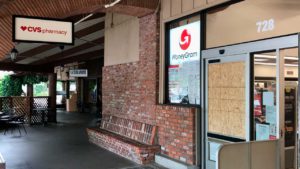