“Now is the time for action by leaders at every level.” — Xavier Becerra, state attorney general 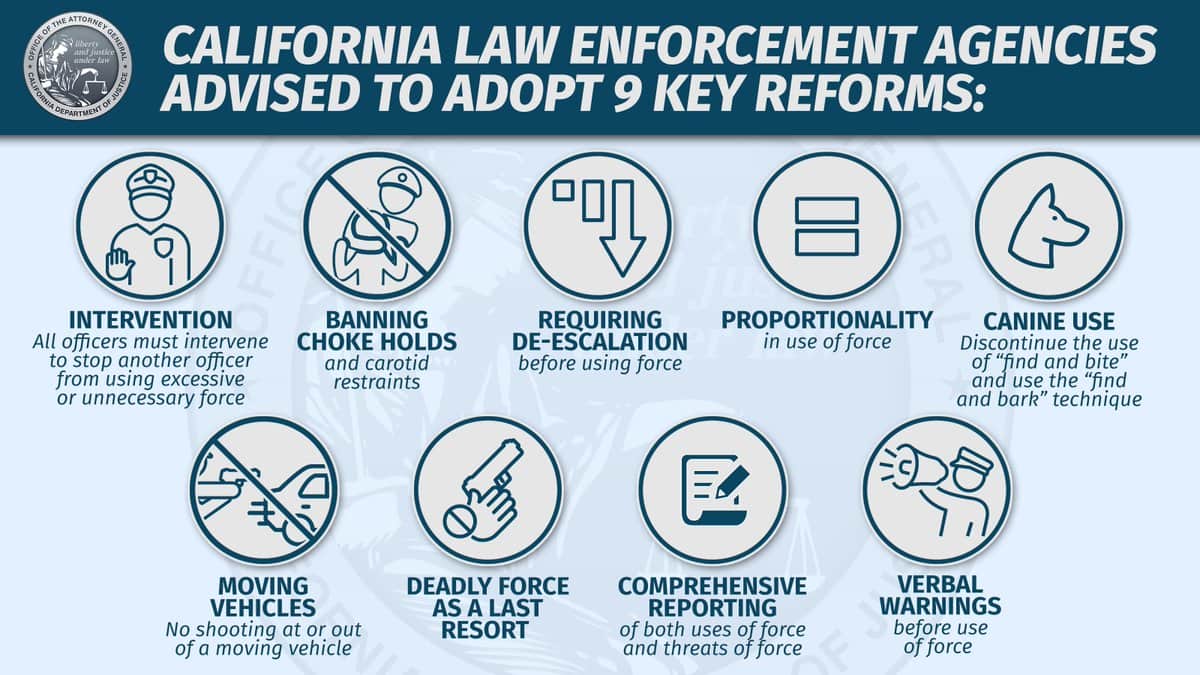 “Communities across the country have courageously spoken up to demand change,” Becerra said. “We cannot afford to ignore the realities faced by black Americans and people of color in this nation. It will take sustained work by all of us to answer that call.

“Although these proposals and others like them are just an initial step, they represent an important move forward in improving public trust, increasing transparency and accountability, and reducing excessive force. Now is the time for action by leaders at every level.”

The state attorney general’s office said Becerra issued his recommendations because “our nation has been called to reckon with police brutality against people of color in this country and the systematic failures that allow this misconduct to perpetuate.”

The news release specifically cited “the death of George Floyd at the hands of Minneapolis Police Department officers” as creating “the urgency to act and heal the strain that has developed between local authorities and the communities they serve.”

Related Story: Police Officer Charged with Murder of George Floyd Could Get Over $1 Million ...

Becerra also offered his thoughts on what should be included in criminal-justice reform legislation. Those topics are highlighted in the chart below: 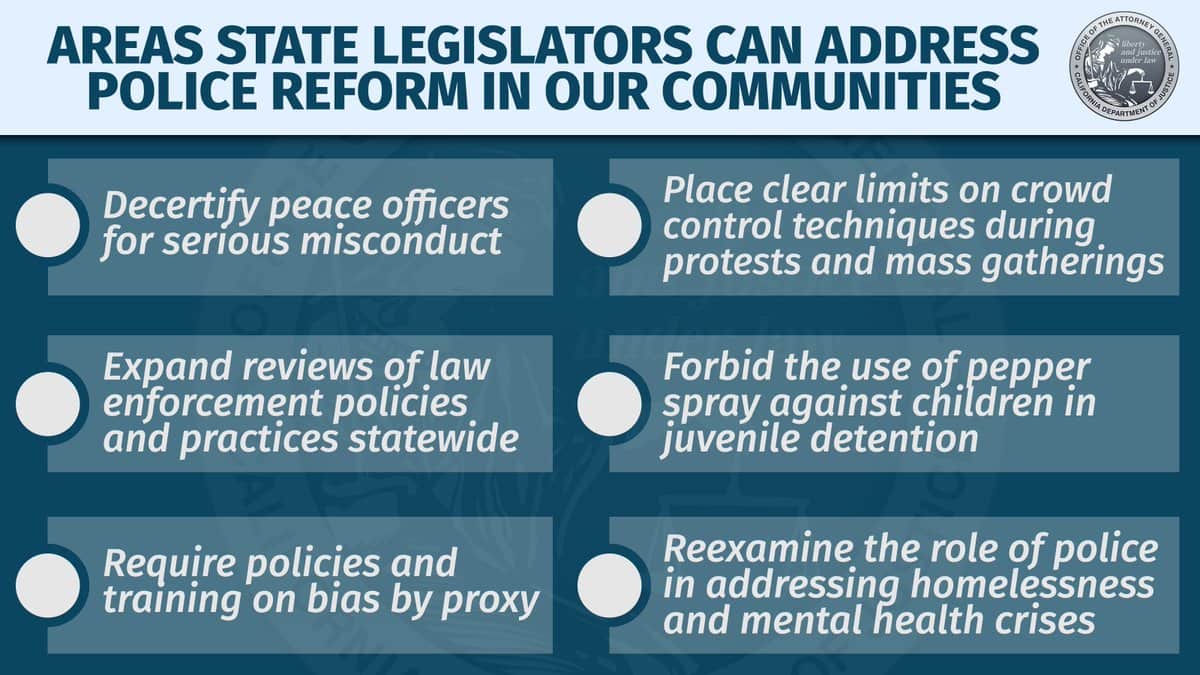