The Fresno Unified School District on Wednesday adopted a $1.5 billion budget for the 2020-21 school year that keeps Fresno police and Fresno County deputies on campus but deletes funding for the city’s ShotSpotter program that helps police quickly detect and respond to gunshots. 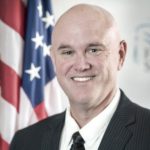 “Getting rid of that police contract in its entirety … is not necessarily the direction I think the district should be going.” — superintendent Bob Nelson

Trustees voted 5-2 to approve the budget recommended by the Fresno Unified administration that the Fresno Teachers Association contended could result in higher healthcare costs for employees. The district maintains that the new budget adequately covers the contracted healthcare expenses.

The budget also maintains funding for Designated Schools, where teachers are paid to provide an extra half-hour of instruction each school day and also to attend 10 training meetings, but does not fund six new Designated Schools schools this fall.

Two budget issues — the employees’ healthcare fund and school resource officers staffed by police and deputies — prompted the submission of hundreds of public comments, some of which were read during the meeting.

Superintendent Bob Nelson said early in the meeting that he continues to support having police on campus.

But he acknowledged the community concerns that have become more prominent in the wake of the killing of Minneapolis resident George Floyd at the hands of police and the decision by the Minneapolis school system to stop paying for police on school campuses.

Fresno Unified, like the rest of the nation, needs to address the issue of racism in policing, student discipline, and other areas, but the solution is not to remove police from campus, Nelson said. Instead, he said, the district needs to join with the community in grappling with the issues and moving forward.

“Getting rid of that police contract in its entirety … is not necessarily the direction I think the district should be going and not necessarily what I’m going to advise,” he said. “That being said, I can’t be tone-deaf to the reality that doing that work better is really important.”

Trustees Claudia Cazares and Veva Islas, who voted against the budget’s adoption, had attempted to introduce amendments but were stymied when trustee Valerie Davis said she would not agree to amending her original motion. Davis noted that the trustees have the ability to make budget revisions later in the fiscal year.

Cazares sought to commit the district to shifting money as needed from the $113 million “rainy day” reserve to the healthcare reserves and to eliminate “trigger language” that could increase employee healthcare costs if there is a gap in healthcare funding. Both changes had been sought by the teachers union.

Islas, who had advocated for less police presence and to stop paying for the ShotSpotter program even before Floyd’s death, asked if the new budget appropriates money to the Fresno Police Department for services provided only. 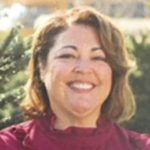 Maintaining funding for police, even as positions for employees who provide services to students are being cut, “is not us valuing our students and education first.” — trustee Veva Islas

Deputy Superintendent Ruthie Quinto said the budget appropriation is for the existing contract to employ officers and not for services provided.

She noted that the $250,000 paid annually for the ShotSpotter program has been cut.

City spokesman Mark Standriff said Thursday that the district’s ShotSpotter portion is six of the 14 square miles that ShotSpotter covers. Funding for the program will be discussed at the city’s budget hearings, which are currently underway, he said.

District Is Sending a Mixed Message

Islas said she was concerned that the budget maintains funding for police, even as positions for employees who provide services to students are being cut.

“That to me is not us valuing our students and education first,” said Islas, who had unsuccessfully sought to amend Davis’ motion by amending the police contract for services provided only and putting the savings into educational programs that are being cut.

The district budgeted nearly $3 million for police officers, sheriff’s deputies and county probation officers for the 2019-20 school year, with 83% going to the Fresno Police Department to provide school resource officers and school neighborhood resource officers. District spokeswoman Nikki Henry said earlier this week that the district asked the police and sheriff’s departments to bill only 40% of the contracted amount after schools closed through the end of the school year.

The district administration has emphasized that no employee will be laid off or face a pay cut as a result of the nearly 8% drop in state funding.

Other districts that are preparing for layoffs or pay cuts weren’t as prepared to withstand the economic downturn as Fresno Unified is because of its healthy reserves, but that money must be carefully budgeted to carry the district through coming years when funding losses are forecast to continue, Quinto said.