A group suing the State of California says the high cost of living in California will only get worse if a new law takes effect.

“California is going to lose its edge. It has been losing its edge.”–Robert J. Apodaca, cofounder, The Two Hundred

High-tech workers are already fleeing for remote setups in lower-cost areas like Austin, Pittsburgh, and New Mexico says The Two Hundred cofounder Robert J. Apodaca. The Two Hundred is a statewide coalition of community leaders, opinion-makers, and minority advocates. Part of their mission statement reads; “There has been no cohesive statewide voice to advocate for low and moderate income communities of color for homeownership.”

“California is going to lose its edge. It has been losing its edge,” said Apodaca, a public pension fund expert.

Instead, VMT is applied to new developments. For instance, if a person drives to multiple places a day — work, store, soccer practice, etc. — all of those miles are counted up. Then the VMT fee is calculated for the development. Some cities — Pasadena, San Luis Obispo, San Francisco, Los Angeles, and Oakland, for example — already are using VMT.

Apodaca’s group filed an injunction to delay the law for two years. His group filed the injunction request last week in San Bernardino County and has yet to receive a response from the court. Apodaca’s goal is to get an answer before the law takes effect on July 1.

GV Wire emailed Gov. Gavin Newsom’s office and the state Office of Planning and Research for a comment on the injunction request but didn’t receive a response.

“California produces less than 1% of the planet’s greenhouse gas emissions, yet environmental advocates would lead us to believe that making homes even more expensive is going to make a dent in climate change,” Apodaca said. “Things are not getting better. The housing crisis is getting worse.” 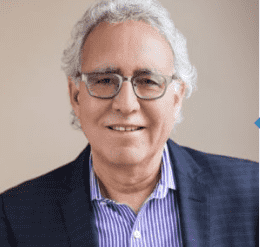 “It’s coming at a price for the grandmother, not being able to see their children.” – Robert J. Apodaca

Apodaca says grandparents from Riverside and San Bernardino counties call his office wondering why their kids have to move away.

“It’s coming at a price for the grandmother, not being able to see their children,” says Apodaca. “It’s conceivable that your children will not be able to buy a home, will wind up having to go to another state, and you’ll never know your grandchildren.”

Berkeley attorney Jennifer Hernandez is concerned about the harm that VMT regulation will bring to communities of color. She represents The 200 in its fight to delay and rework the SB 743 implementation plan. The 200’s stated goal is “closing the wealth gap through homeownership.”

In a news release, Hernandez said, “With VMT regulation, California’s most notoriously abused environmental law, the California Environmental Quality Act (CEQA), converts what is already a racially-discriminatory anti-housing law into an even more potent weapon to deprive minority families of homes they can afford. California’s most vulnerable communities are being hit hard, first the pandemic and now by nationwide civil unrest. How will we ever recover economically if laws and legislation do not favor immediate needs? It is a travesty of justice!”

Apodaca said that California regulators have stated publicly that the state’s real problem is too many people live here and the solution is forcing people to leave.

GV Wire asked Apodaca by Zoom if he believed that’s what’s behind SB 743.

“The environmentalists, they’ve been at this for a very long time,” Apodaca answered.

Apodaca’s group says they need to step up and engage lawmakers more on the issue — now and in the future: “This is going to affect the state of California. It’s going to affect our state to grow and remain competitive in the world.” 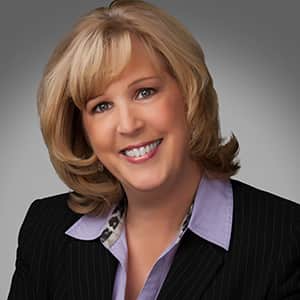 “If they put another tax on a new home it’s going to be a killer.”–Shelly Lindekugel, Riverside real estate agent

He believes state regulators have not worked to elevate families up out of crowded apartments and homes.

“They deserve to live better than that,” he said.

GV Wire reached out to Moreno Valley/Riverside real estate broker Shelly Lindekugel, who had not heard about the new law.

“If they put another tax on a new home it’s going to be a killer,” Lindekugel said. Her real estate company has serviced the Inland Empire since 1989. She said that many of her clients are minorities.

“Fifty percent of my buyers commute more than 40 miles to work,” Lindekugel said. “New builders are already passing along a lot to new homeowners in the form of HOA dues, Mello-Roos, and forced solar. This (VMT law) will kill the market.”

Lindekugel said that when she first started selling homes most of her buyers drove all the way into Los Angeles for work. That number has dropped as more industry has moved into the areas where people live and telecommuting has become more common.

However, VMT does not take telecommuting into account in its calculations for setting fees.