Fresno Movie Theaters Aren't Quite Ready to Open. Here's What They're Doing. 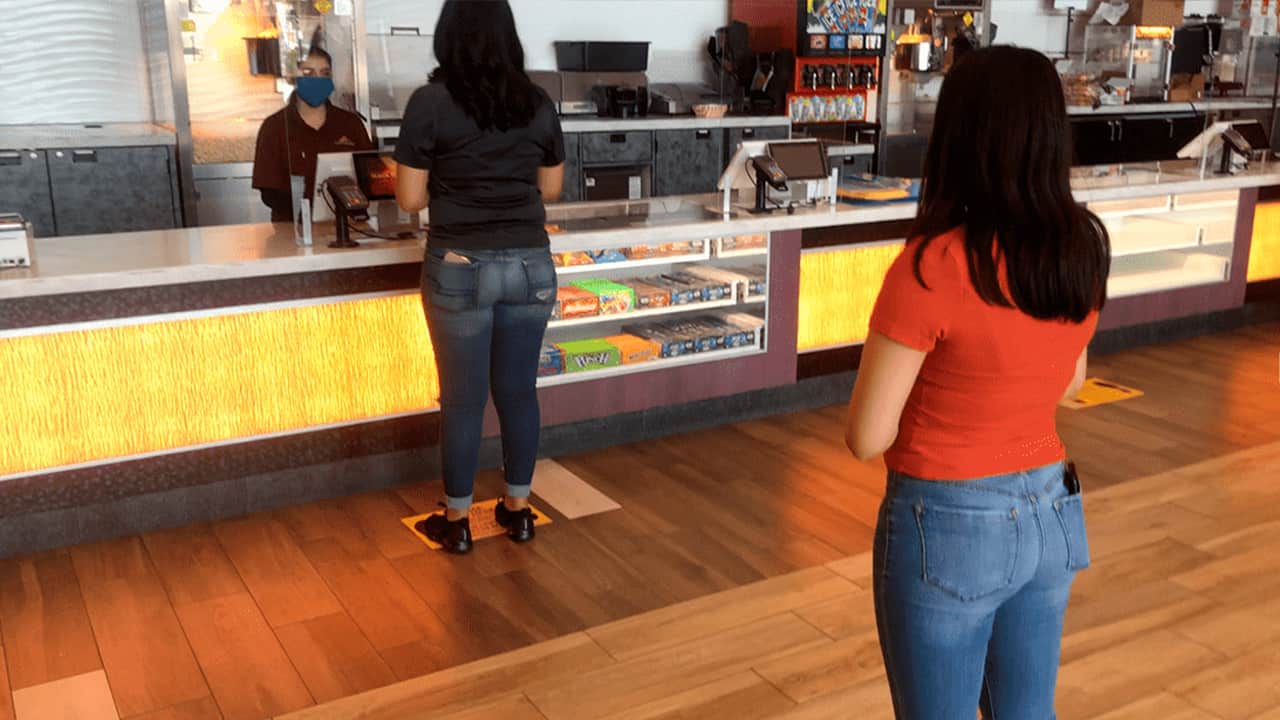 Movie theaters can roll the projectors again in California starting Friday. But theaters in Fresno aren’t quite ready to start popping popcorn and accepting patrons.

GV Wire contacted all the major theaters to see exactly what’s happening, and when.

Maya Cinemas CEO Francisco Schlotterbeck tells GV Wire by Zoom the chain plans to have all of its theaters, including the one at Campus Pointe, open by July 1.

Families and friends can sit together. A ticket algorithm will automatically space people out in the theater.

“We will have to retrain all of our staff from scratch because there are going to be new guidelines, and new rules,” said Schlotterbeck. “We will have limited seating capacity. It’s going to be 25% seat capacity per auditorium.”

The first new movie shown on July 1 will be the Russell Crowe thriller film “Unhinged.” “Tenet“, which is a spy film written and directed by Christopher Nolan, is scheduled for release on July 17. After that, Disney plans to release “Mulan”  on July 24.

Because Hollywood hasn’t produced new material due to COVID-19, Maya plans to fill that gap by running older movies for about $5 a ticket. Schlotterbeck says he’s looking at bringing in classic movies from the 1920s, 1930s, and 1940s, as well as do marathon showings of “Harry Potter” and “Lord of The Rings” movies. 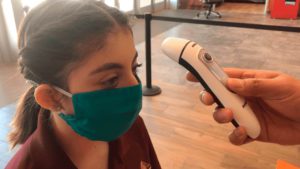 Schlotterbeck encourages moviegoers to purchase tickets ahead of time to ensure they’ll have a seat available due to social distancing rules. Families and friends can sit together. A ticket algorithm will automatically space people out in the theater.

Schlotterbeck says new safety measures will be abundant: “We will have Plexiglas. All our staff will be equipped with the proper equipment, face shields, gloves, and masking.” 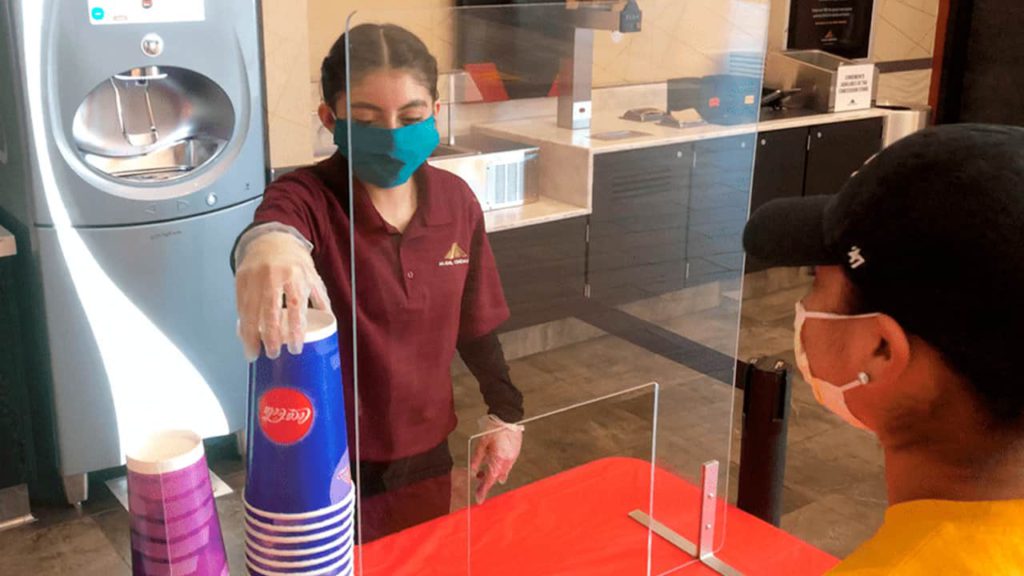 Maya Cinemas workers in Delano train on new safety protocols ahead of reopening. Soft drinks from the drink stations will be staffed and a plexiglass barrier will be between employees and customers (Maya Cinemas)

Sierra Vistas spokesperson Catherine DePrima tells GV Wire by email they’re hoping to open at or just before the end of June.

“Construction of safeguards in the theatre, cleaning, prepping and ordering concessions, etc.,” says DePrima. “Seeing what staff we can hire back, getting movies from distributors, etc.”

An email from the Regal Cinemas marketing team says, “At this time, we have not made a decision when to reopen. We continue to work with authorities and studios in order to host our audiences and show them the big blockbusters in a safe environment. As soon as we have an opening date, we will share.”

Through Facebook messenger, the Tower Theatre tells GV Wire, “We can open with a 25% capacity. So we are still waiting.”

A joint response from Roger Rocka’s Dinner Theater and Good Company Players through Facebook messenger says they have no idea when they can reopen.

“The uniqueness of our venue and family-style restaurant combined with the actual theatrical production company, Good Company Players, means that we are still considered extremely high risk due to the close contact of the performers and the audience.”

“We are anxiously awaiting further direction and guidelines regarding our two specific businesses and while we wait we are continually working on plans to ensure, as much as we possibly can, the safety and well-being of anyone who enters our doors.”

The Historic Crest Theatre tells GV Wire, “Unfortunately there is no set date at this time, but we will post when there is one.”