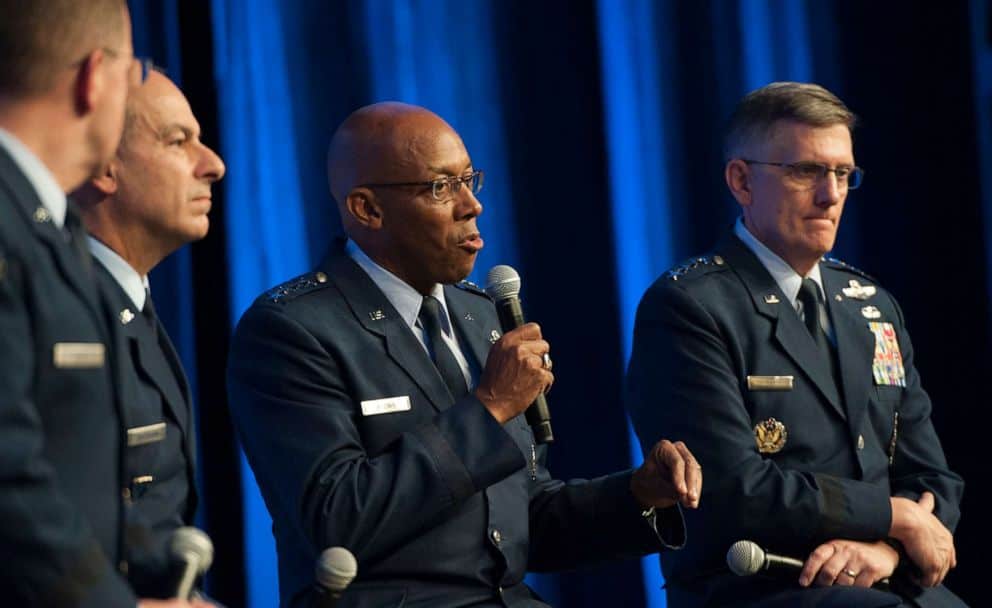 ABC News
The Senate confirmed Gen. Charles Q. Brown Jr. as the 22nd Air Force chief of staff on Tuesday, a historic decision which makes Brown the first black military service chief and only the second black officer to serve on the Joint Chiefs of Staff.
In a tweet, President Donald Trump called the 98-0 Senate vote “a historic day for America,” saying he is “excited to work even more closely with Gen. Brown, who is a Patriot and Great Leader!”
A four-star general and former combat pilot who has served in the Air Force for 36 years, Brown currently leads Pacific Air Forces, a command which supports approximately 46,000 airmen serving mainly in South Korea, Japan, Guam, Hawaii and Alaska.
The president nominated Brown for the position on March 2, but the general’s confirmation had been delayed as Republican Sen. Dan Sullivan of Alaska sought to use a legislative hold on the nomination as leverage for an aircraft basing decision.
Read More →