At Golden Gate Protest, Fresno Man Is Hailed as Hero 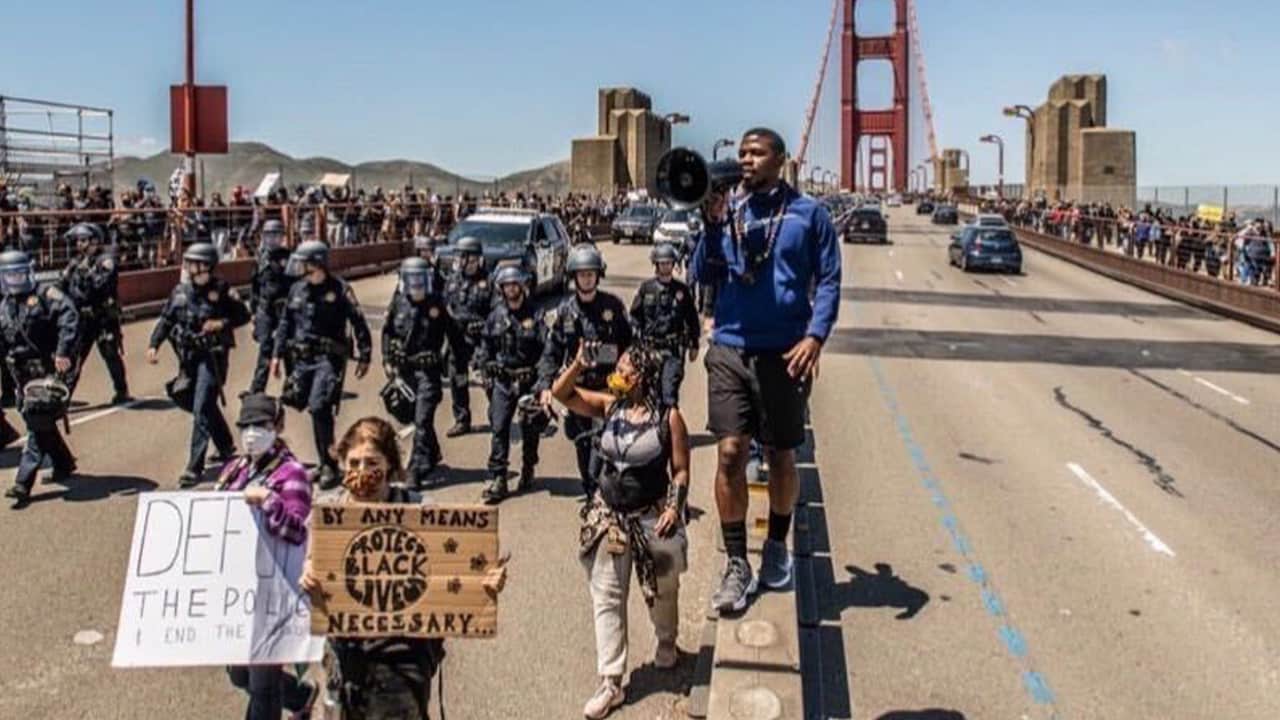 Motivated by his harassment from police, Shaheed Muhammad is attending George Floyd protests up and down the state.

The Edison High School graduate marched in Monterey, Los Angeles, and the May 31 event in downtown Fresno.

But, his actions on the Golden Gate Bridge last Saturday may have saved a life — or at least brought a new one into the world.

As reported by Maria Dinzeo of Courthouse News, Muhammad helped clear the bridge of thousands of protesters to allow a car carrying a woman in labor through.

Fate on the Golden Gate Bridge

“(Protesters) cleared the way in and they let the car through. It was beautiful. We just made sure everything went real solid.” — Protester Shaheed Muhammad of Fresno

Muhammad, 24, strives to be a self-made man. He is a budding entrepreneur and musician. And, he drives for Lyft and Door Dash.

Seeing the social media posts of 17-year old organizer Tiana Day inspired him to attended the Golden Gate protest. He and his mom, Felicia Porchia, drove together from Fresno.

When he spoke with GV Wire on Wednesday, his voice was still hoarse.

“Some random guy, a white guy, handed me a megaphone. He was like, you know, this is for your voice. I was just so energetic. I got that. And I did not let him down,” Muhammad said.

Muhammad was leading chants from the center divider when the CHP asked him to help clear the gridlock.

Muhammad kept the chant going, leading protesters to the side of the road.

“The police were marching right behind me. It’s crazy. ‘Let’s get to the sidewalk. Keep it going. No justice! No what? Say his name.’ We got all the way to the end. One of the motorcycles came through. They cleared the way in and they let the car through. It was beautiful. We just made sure everything went real solid,” Muhammad said.

CHP officers thanked Muhammad, and he asked them to hold up a fist in solidarity or take a knee. Muhammad said they declined, but offered a handshake and said they would take a bullet for him.

“It was all out of respect. It was still love. I still keep my spirit high. But that just showed me, like wow, you know, I did all that for you. You can’t do something that simple to show that you really appreciate,” Muhammad said, taking it in stride.

This officer thanks him, says a woman was going into labor and needed to get to the hospital. pic.twitter.com/uBsxjxdRtV

“In this situation, we were alerted to the presence of a pregnant woman who was on the way to a hospital when she became stuck in the traffic backup resulting from the lane closures,” said CHP officer Andrew Barclay.

“Upon being notified of the situation, one of the organizers of the event utilized their platform to work with demonstrators to clear the lanes of traffic. We are grateful that the demonstrators cooperated with us and allowed traffic to begin flowing again, allowing this individual to get where they needed to go.”

Muhammad attends protests because of his own experience with law enforcement.

“They search through my car, have me out sitting in the rain, handcuff me in the sun, often for no reason, because they say, ‘Oh, we’re gonna have to search your car.’ ” Muhammad said. “I didn’t know that I have a choice to tell (them) not to.”

Muhammad said that mistreatment by police hasn’t dampened his spirit: “I still continue to spread love. I don’t let them stop me.”

Initially, Porchia feared for her son’s safety when the officers sought his help.

“When (the CHP) approached him and asked to help with something that (protesters) weren’t listening to them for, I’m like, ‘They’re not listening to you. What makes you think they’ll listen to him, you know?” Porchia said.

She says protesting is in her son’s genes.

“I used to have a career of being a union organizer. I think he got his passion for social justice from me,” Porchia said. 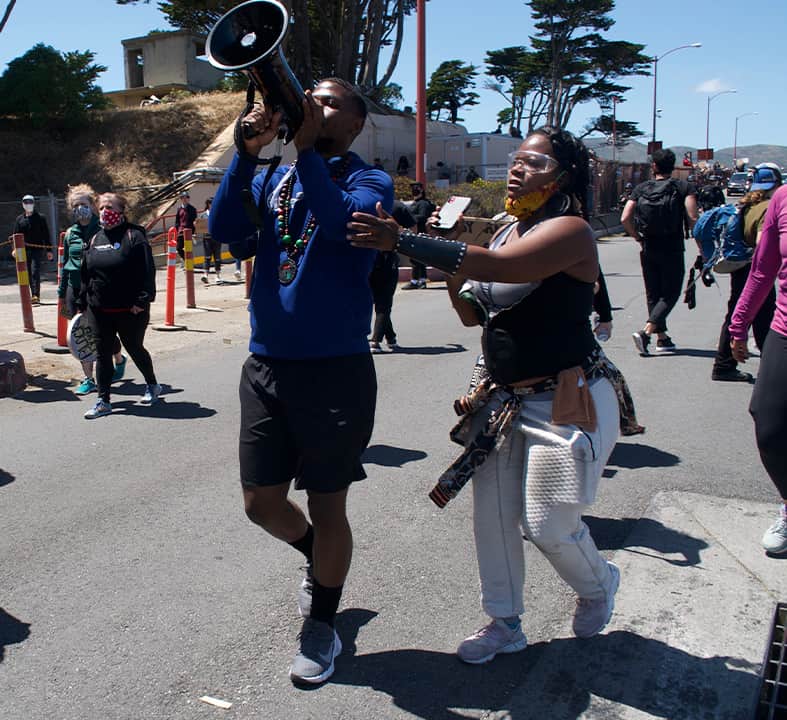