NEW YORK — Stressed out while working at a bank in New Zealand, Junelle Kunin began searching for music paired with teachings from the Dalai Lama to calm herself down and allow herself to focus.

But she couldn’t find it online.

That’s when the musician and practicing Buddhist proposed an idea to The Office of His Holiness the Dalai Lama: Let’s make an album fusing music with mantras and chants from the Tibetan spiritual leader.

She was politely turned down.

But on a trip to India — where Kunin says she typically gets a chance to meet the Dalai Lama — she asked again, this time writing a letter and handing it to one of his assistants.

Five years later, “Inner World” is born. The album featuring teachings and mantras by the Dalai Lama set to music will be released on July 6, his 85th birthday.

“I’d never heard him speak like this. He really was so excited … he actually proceeded to explain to me how important music is,” Kunin said. “He leaned forward and his eyes were sparkling, and his fingers were rubbing together and he (talked) about how music can help people in a way that he can’t; it can transcend differences and return us to our true nature and our good heartedness.”

The 11-track project will be released in conjunction with a companion booklet. 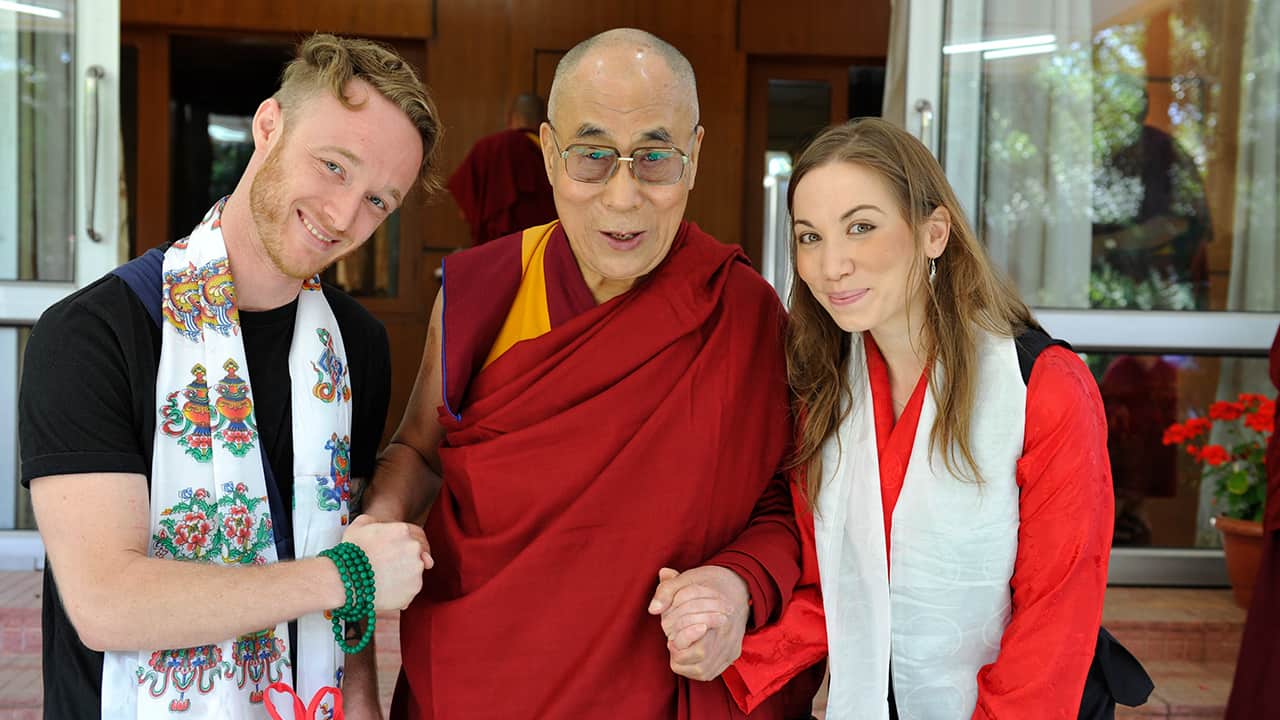 On her trip to India in 2015, Kunin wrote down a list of topics and mantras she thought would be great for the album, and recorded the conversations with the Dalai Lama for “Inner World.” The religious leader recites the mantras of seven Buddhas on the album, discussing topics like wisdom, courage, healing and children. The track “Compassion,” one of the most famous Buddhist prayers, was released Tuesday.

When Kunin returned home, her husband, Abraham, who is also a musician and producer, helped her create music and sounds to enhance the Dalai Lama’s messages and powerful words.

Kunin said that although they’ve worked on the album for the last five years, it feels extremely relevant releasing it now.

“The entire purpose of this project is to try to help people. It’s not a Buddhist project, it’s to help everyday people like myself, even though I am Buddhist,” she said. “The messages couldn’t be more poignant for our current social climate and needs as humanity.”

Net proceeds from the sales of the album will benefit Mind & Life Institute as well as Social, Emotional and Ethical Learning (SEE Learning), an international education program developed by Emory University and the Dalai Lama.

Grammy-nominated sitar player Anoushka Shankar makes a guest appearance on the album, playing on “Ama La,” a track honoring mothers. Shankar said being invited to perform on the album was “a huge honor.”

She first met The Dalai Lama as a child with her father, the legendary musician Ravi Shankar.

Dozens of Other Musicians Were Invited to Help on the Project

For the new album, she said, “What I was given was a beautiful template of (the Dalai Lama’s) voice speaking … it was very evocative with his speaking. It’s so clear what the mood is about … that it kind of flowed quite simply to just play over that and try to add a musical enhancement to the words he’s speaking.”

Dozens of other musicians were invited to help on the project, while Kunin’s husband had multiple roles, from playing guitar and percussion to drum and synth programming. Kunin co-produced the album and added vocals to three songs, including “Purification.”

She wrote the piano part of that track with her hospitalized mother in mind, growing more nervous as the coronavirus rapidly spread.

“I really thought we were going to lose her. And so I wrote what I would want her to feel and hear at the time of her dying,” Kunin said.

Her mother survived, but weeks later Kunin’s nephew died. And because of COVID-19 restrictions, she and her family couldn’t carry out the tradition of sleeping surrounding his body, which would typically lie on a marae for three days. On top of that, her husband was back home finishing the album to make its deadline.

“(My husband) was home weeping at this point, which is when the inspiration came to complete the song ‘Purification,’” Kunin said, adding that they dedicated the track to their nephew Izyah Micah Toli.

“And he finished it.”