Bakersfield Protester Dies After Being Hit by Car 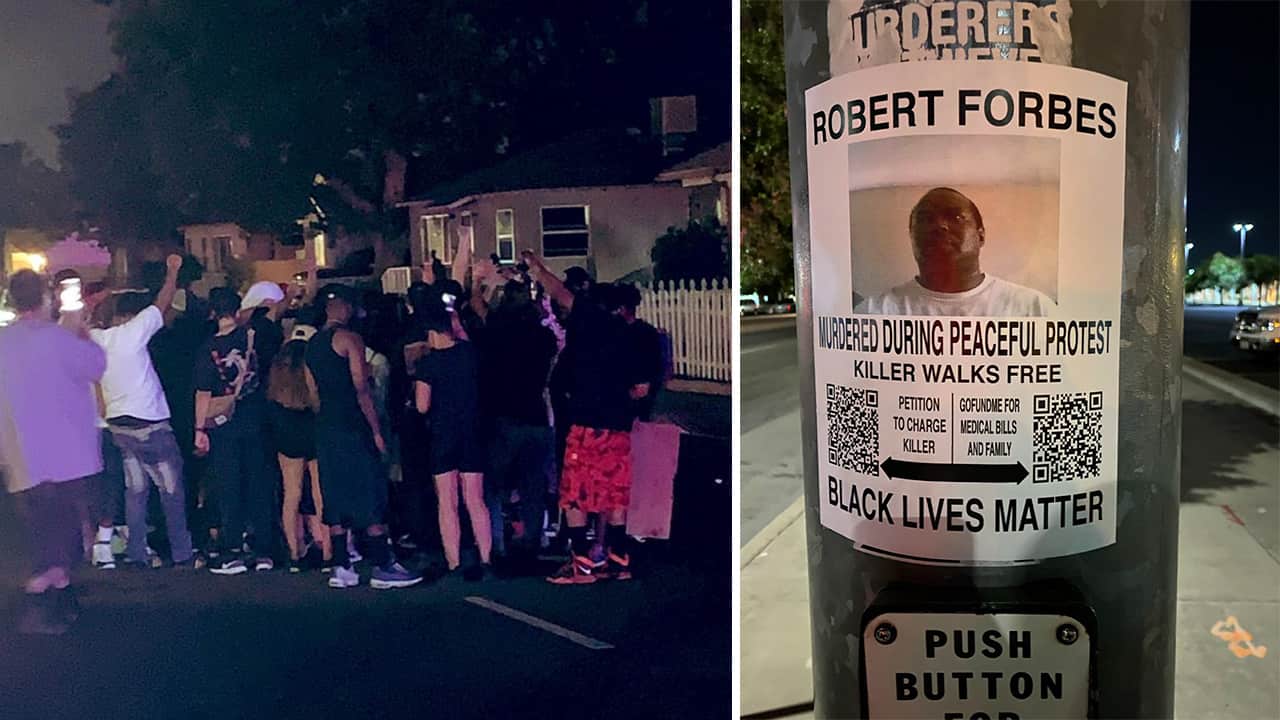 BAKERSFIELD— A 55-year-old man who ran across a roadway and was struck by a vehicle during a nighttime protest march in Bakersfield last Wednesday has died, police said.

He died Saturday, Bakersfield police said in a statement.

The person’s identity was not immediately released by the Kern County coroner’s office. However, KGET in Bakersfield identified the victim as Robert Forbes.

Related Story: She Protested in Bakersfield on Sunday; Her Car Was Burned Monday

According to his family, Forbes was brought to Kern Medical Center, where he remained in critical condition for three days.

“I think the driver hitting him was intentional,” said Forbes’ sister Espinola Parker.

The Police Department said it was aware of social media posts by people claiming to be witnesses and expressing beliefs that the pedestrian was struck intentionally, but that only a few people provided statements to investigators.

The collision occurred as a group protesting the death of George Floyd marched on one side of an avenue while traffic flowed the opposite direction on the other side of a center median.

Citing video and physical evidence, police said the pedestrian ran across lanes toward the median and was struck by a car traveling at the posted speed limit with its headlights on.

The driver pulled over, was interviewed and passed sobriety tests, police said.

Related Story: Fresno PD Got a Tip on Antifa. They Arrested Two Bakersfield Men for Looting.

The pedestrian was initially tended to by officers on the scene.

“A final determination for this collision will be made once all the evidence has been collected, and investigative reports have been completed and reviewed,” the department said.

Related Topics:BakersfieldGeorge Floyd
Up Next