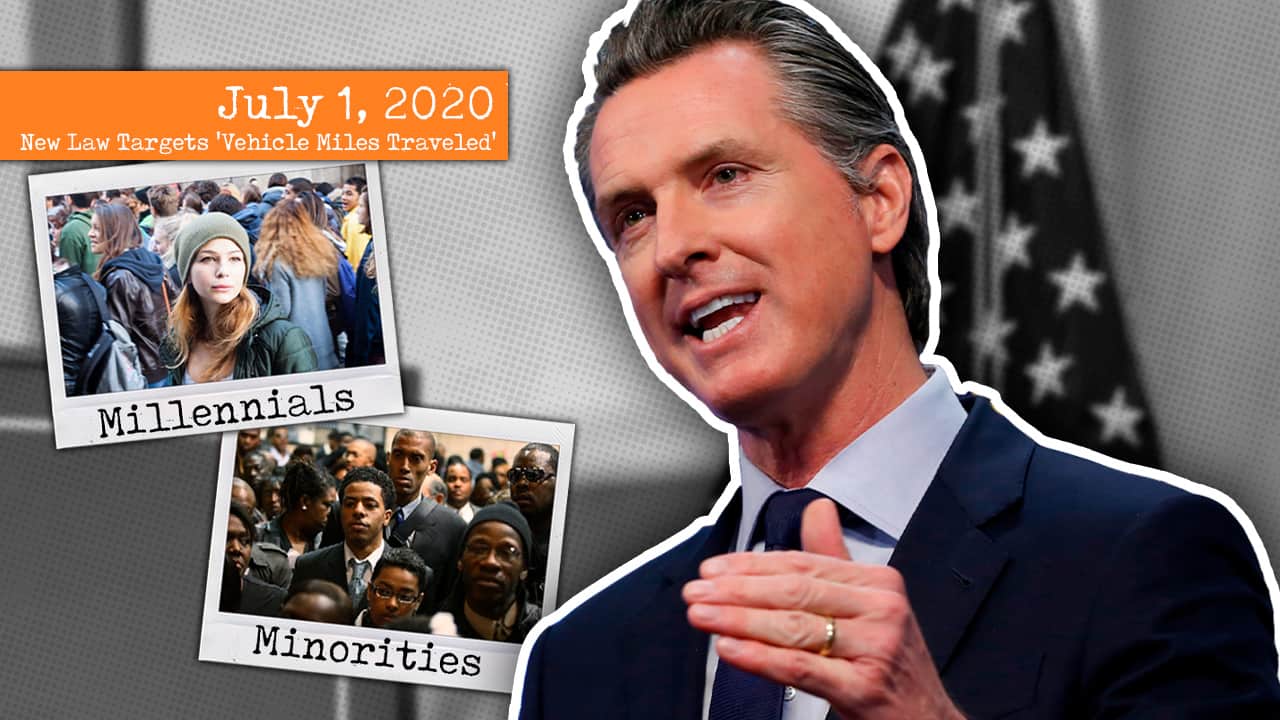 A growing number of California legislators have asked Gov. Gavin Newsom to delay the implementation of a law that critics say will drive up home prices and discriminates against the poor and people of color.

“We bring to your attention a regulation that we believe will dramatically impact the ability for many Californians, including millennials and communities of color, in particular, to purchase a home. …” —  bipartisan letter to Gov. Newsom from 20 state lawmakers

The opposition to Senate Bill 743 is bipartisan and includes Senators and Assemblymembers from all regions of the state.

In addition, a San Franciso attorney filed a motion Tuesday seeking a preliminary injunction to block the law on behalf of residents in San Bernardino County. SB 743 goes into effect on July 1.

“The challenged regulations make California’s notoriously expensive housing even more expensive, and were adopted in violation of the bedrock civil rights protections in the California and federal Constitutions, as well as environmental, transportation and housing laws,” stated the motion filed by attorney Jennifer A. Hernandez of Holland & Knight LLP.

A total of 20 Senators and Assemblymembers signed a law sent to Newsom seeking the delay. Sen. Anna Caballero, a Salinas Democrat, is leading the effort to push back the law for two years.

The fees are used to fund vanpools, ride-sharing programs, and mass-transit passes. Critics say that the law is an attempt to force new homebuyers out of cars and into mass transit — or into high-rise buildings in big cities.

“The highest costs imposed by the VMT regulation (are) in areas farther away from job centers. This is where housing can be produced at the lowest cost, and is the primary source of housing for low and middle-class Californians.”– bipartisan letter to Gov. Newsom from 20 state lawmakers

Under the existing method, projects are charged a fee based on how much traffic congestion is created.

VMT opponents say that the formula puts an unfair burden on rural areas, where workers often have to drive many more miles to their jobs than residents in big cities do.

“The highest costs imposed by the VMT regulation (are)  in areas farther away from job centers. This is where housing can be produced at the lowest cost, and is the primary source of housing for low and middle-class Californians,” the letter said.

The lawmakers asking for the delay also cited the uncertainties caused by the COVID-19 pandemic. They are asking for the law to be reworked during a two-year implementation delay.

“During the COVID-19 health crisis, which has already produced dramatic reductions in VMT, we believe that you should pause this regulation for cities and counties until a more equitable solution can be achieved. Therefore, we respectfully request that you extend the implementation of the VMT regulation for two years.”

Hernandez represents a group called “The Two Hundred.” She, too, cited the pandemic as a reason to stop SB 743 from taking effect next month.

“While California’s most vulnerable minority residents are suffering disproportionately from the pandemic, respondents callously insist on enforcing as of July 1, 2020 regulations expanding the California Environmental Quality Act,” Hernandez wrote in her motion.

“These regulations vastly increase the cost of housing when ‘shelter’ is the most urgent of the pandemic’s necessities.

“The mass transit VMT ideology is also directly contrary to pandemic health necessities, such as the CDC’s recommendations to avoid mass transit and instead offer employees incentives to use forms of transportation that minimize close contact with others.”

Hernandez additionally pointed out that “telework has emerged as a productive and accepted alternative for many office-based jobs.”

The Fresno City Planning Commission will take up VMT mitigation measures at its Wednesday night meeting.

A “VMT Mitigation Strategy Matrix” will be presented to the commission. Among the suggested mitigation for new development are:

The Fresno City Council will then consider these guidelines on June 18, at 10:10 am.

It’s unclear how VMT will impact highways in and around Fresno. One of the charts on page 45 of the agenda provides a clue. “Fresno County currently has 265 lanes miles of Interstate Highway on which 947 million vehicle miles are traveled per year. A project adding 1 lane mile would induce an additional 3.6 million vehicle miles traveled per year.”

The Fresno Council of Governments has produced a highway VMT calculator.

The document to the city council states, “Fresno COG ran a few test scenarios of roadway widening projects using the Fresno COG ABM. These results were compared with the results from the Caltrans Induced Travel Calculator. The comparison demonstrated (a) substantial difference in results.”

Who Supports a VMT Delay?

Below are the Senators and Assemblymembers who signed the letter to Newsom. 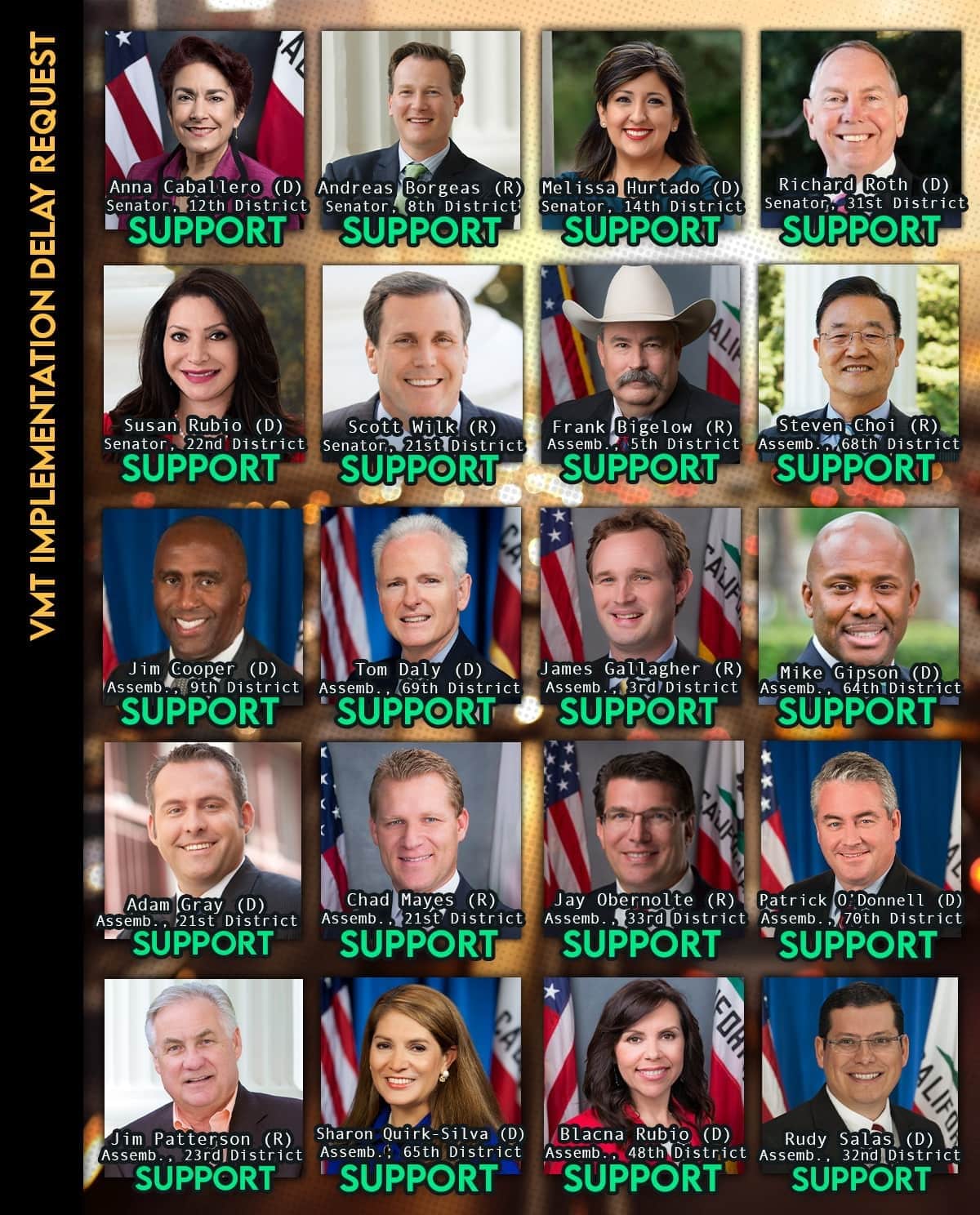 Hints of an Economic Reawakening Amid Mass, Civic Unrest