WASHINGTON — Wes Unseld, the workmanlike Hall of Fame center who led Washington to its only NBA championship and was chosen one of the 50 greatest players in league history, died Tuesday after a series of health issues, most recently pneumonia. He was 74. 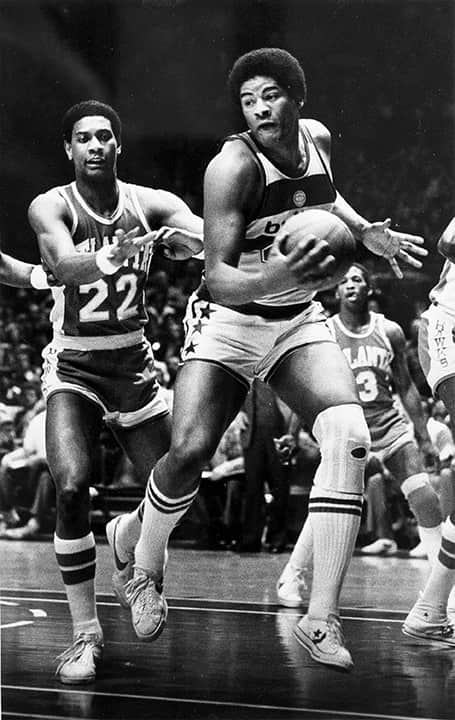 FILE – In this Jan . 30, 1979, file photo, Wes Unseld of the Washington Bullets takes in an offensive rebound against John Drew (22) of the Atlanta Hawks during the first half of an NBA basketball game in Landover, Md. (AP File)

Unseld’s family announced his death via a statement released by the Washington Wizards, the franchise he was with throughout his entire 13-season playing career and also worked for as a coach and general manager.

“Those of us who were fortunate enough to spend time with Wes knew him as a generous and thoughtful man whose strong will was matched only by his passion and drive for uplifting others,” current Wizards GM Tommy Sheppard said. “His physical prowess, undeniable talent and on-court demeanor may have struck fear in opponents throughout the NBA, but he will be remembered best as a mentor, leader and friend.”

A five-time All-Star and, along with Wilt Chamberlain, one of only two players to win NBA Rookie of the Year and MVP honors in the same season, Unseld instantly made the team then known as the Baltimore Bullets into a winner after he was taken with the No. 2 overall pick — behind future teammate Elvin Hayes — in the 1968 draft.

A decade later, Unseld was the MVP of the 1978 NBA Finals as the Bullets beat the Seattle SuperSonics in a seven-game series best known for Washington coach Dick Motta’s proclamation: “The opera ain’t over until the fat lady sings.”

Listed at 6-foot-7 and 245 pounds, Unseld overcame taller players and bad knees with a strong work ethic and lots of grunt work in the paint. He was a tenacious rebounder and strong passer.

Unseld was inducted into the Hall of Fame in 1988, his first year of eligibility.

“I never played pretty,” Unseld said on the day he was elected. “I wasn’t flashy. My contributions were in the things most people don’t notice. They weren’t in high scoring or dunking or behind-the-back passes.”

Wesley Sissel Unseld was born March 14, 1946, in Louisville, Kentucky, where he won two state championship at Seneca High School and then stayed home for college, attending the University of Louisville.

He averaged 20.6 points and 18.9 rebounds over his four years with the Cardinals. 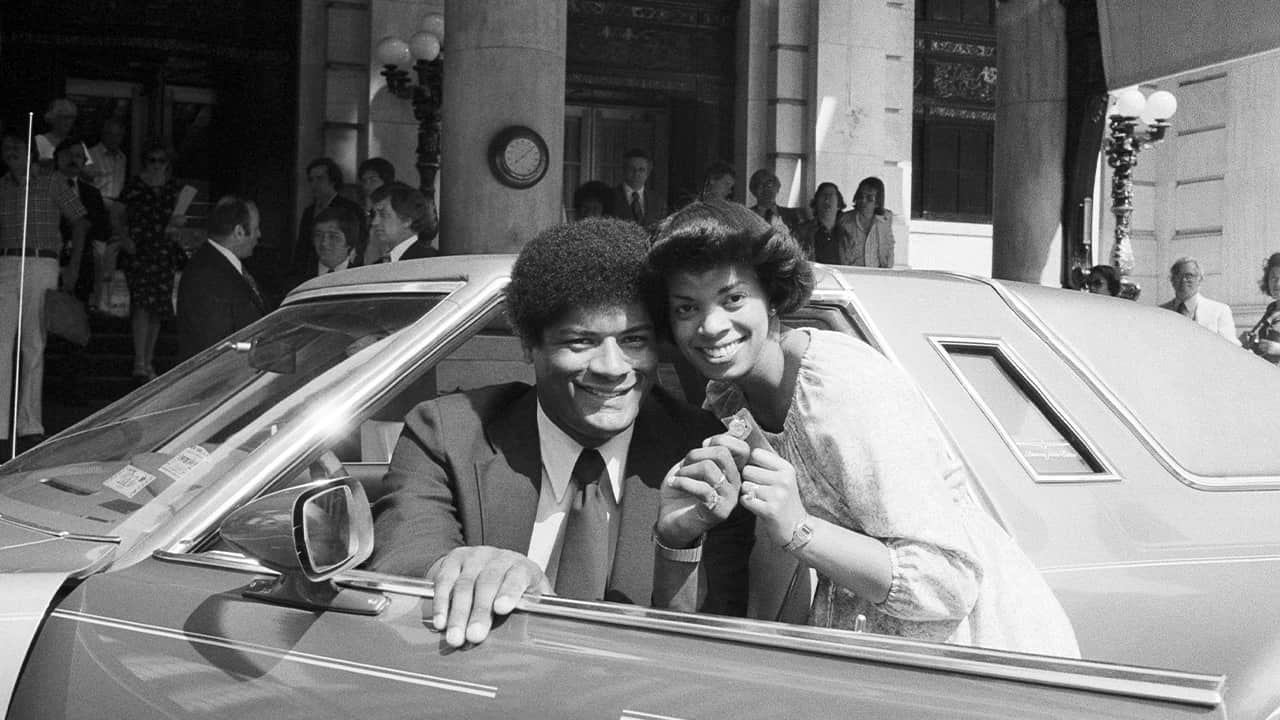 FILE – In this June 12, 1978, file photo, Wes Unseld and his wife Connie hold the keys to their new Thunderbird, presented to him by Sport magazine in New York. Unseld, the workmanlike Hall of Fame center who led Washington to its only NBA championship and was chosen one of the 50 greatest players in league history, died Tuesday, June 2, 2020, after a series of health issues, most recently pneumonia. He was 74. (AP Photo/Marty Lederhandler, File)

‘He Was the Rock of Our Family’

In the NBA, Unseld averaged 10.8 points and 14 rebounds for his career.

His aching knees forced Unseld to stop playing in 1981, but he remained with the franchise that would eventually retire his No. 41 jersey.

“We all admired Wes as the pillar of this franchise for so long,” Wizards owner Ted Leonsis said, “but it was his work off the court that will truly leave an impactful legacy and live on through the many people he touched and influenced throughout his life of basketball and beyond.”

Unseld initially worked in Washington’s front office, then was head coach for nearly seven seasons from 1987-94, compiling a 202-345 record with one playoff appearance. He also had a seven-year stint as general manager from 1996-03, when the team made one other trip to the playoffs.

After the club’s then-owner, Abe Pollin, died in 2009, Unseld said: “I have no doubt that he kept me longer in positions than he should have — and longer than I wanted him to. He was loyal.”

Pollin’s widow, Irene, said Tuesday: “Since 1968, Wes was the broad shoulders upon which our team was built, and his Hall of Fame career and the championship that he helped bring our city speaks for itself. But for us, the loss of Wes is more than that. He and the Unselds are family to us, and when you lose a family member — especially a beloved figure like Wes — the sorrow is unfathomable.”

Unseld took a leave of absence from the Wizards for undisclosed health reasons in 2003, ending 35 years of continuous service to the franchise. He had both knees replaced in October of that year and afterward appeared at games only occasionally.

Unseld is survived by his wife, Connie, daughter Kim, son Wes Unseld Jr., and two grandchildren. Wes Jr. is an assistant coach with the Denver Nuggets.

“He was the rock of our family — an extremely devoted patriarch who reveled in being with his wife, children, friends and teammates,” the family’s statement said. “He was our hero and loved playing and working around the game of basketball for the cities of Baltimore and Washington, D.C., cities he proudly wore on his chest for so many years.”