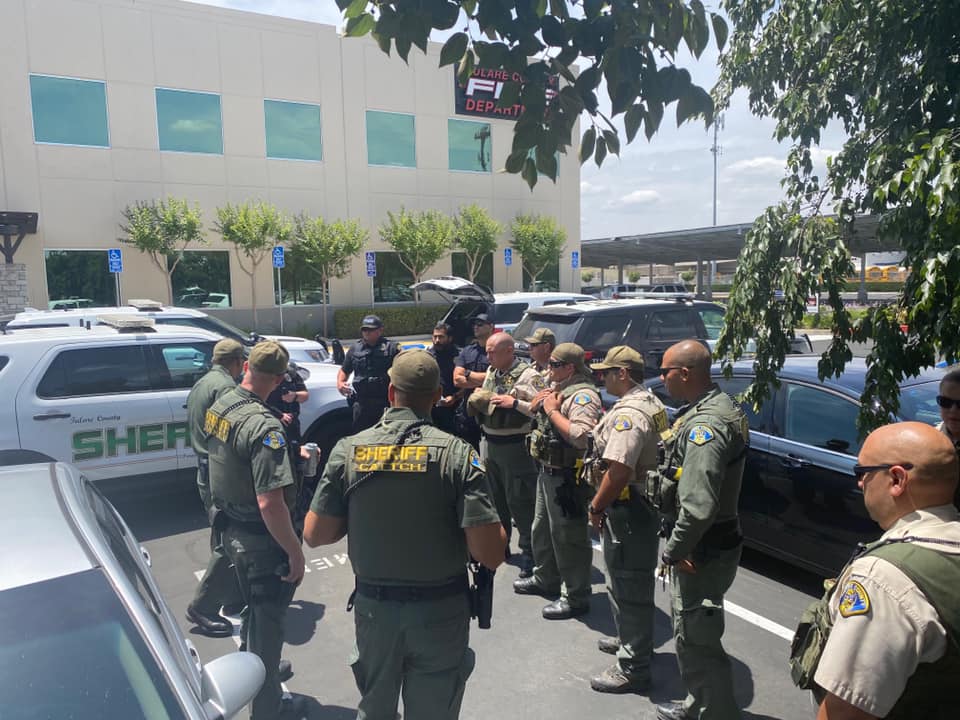 Tulare County officers are in Oakland tonight. The California Office of Emergency Services requested their help to handle protesters.

According to KTVU television in Oakland, police on Monday morning reported that about 60 people were arrested during Sunday’s demonstrations over the death of George Floyd under the knee of a white Minneapolis police officer last week.

The arrests were for crimes that included shooting at officers, vandalism, looting, and illegal possession of firearms, according to police. 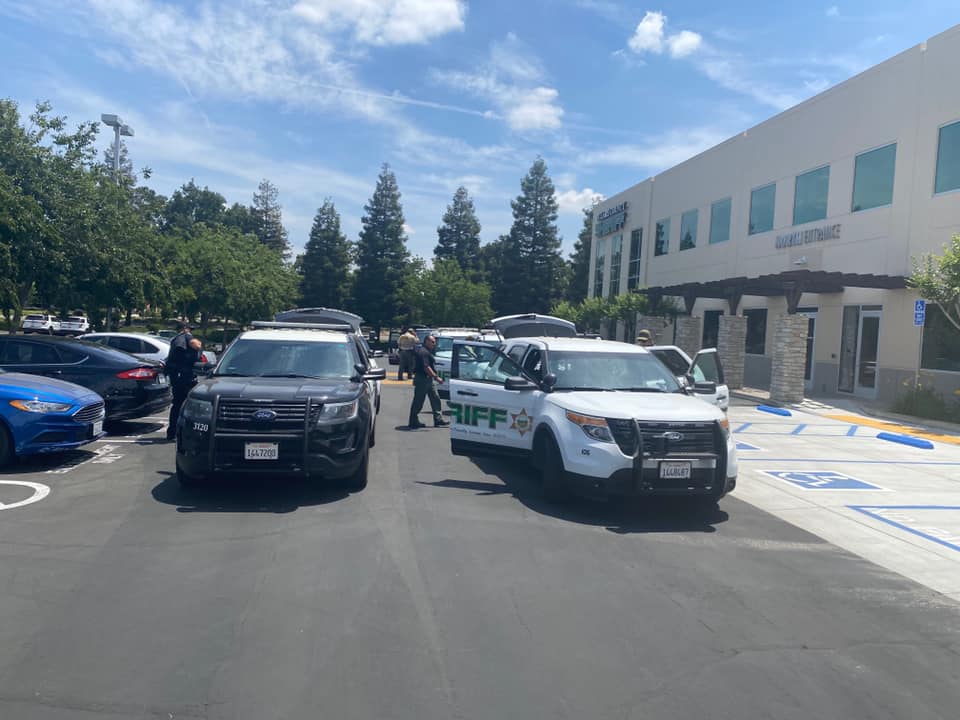 Deputies getting into their vehicles before heading to Oakland. (Tulare County Sheriff Facebook)

“Deputies are expected to come home tomorrow,” says Ashley Ritchie, media specialist for the sheriff’s office. “But it’s subject to change depending on what happens.” 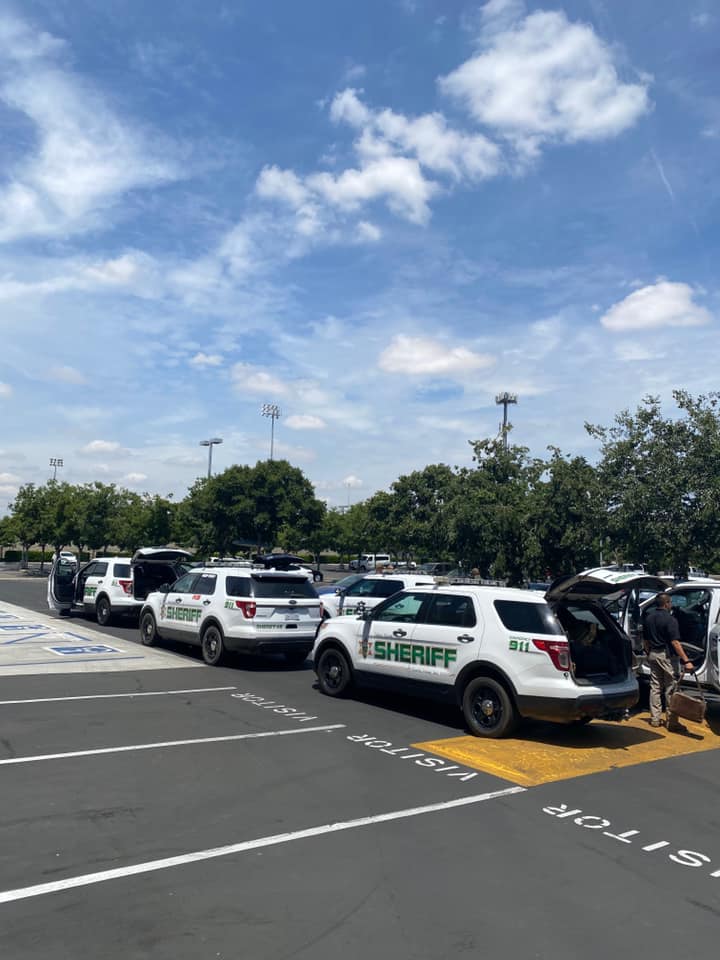 Kings County Sheriff’s deputies pulled out Monday afternoon and headed to Oakland. In a Facebook post, the department announced, “Law enforcement in the Bay area have issued a call for assistance and Kings County is answering that call.”

This is the second time Kings County deputies have helped. Over the weekend, several of their deputies backed up law enforcement at the protests in Los Angeles.

One specific incident reported at 12:09 a.m. Monday involved shots fired at the Oakland police headquarters at 455 Seventh St. Police detained three people on suspicion of the shooting. No one was hurt.

Lootings and break-ins were reported around the city, which also had multiple reports of sideshow activity that led to an arrest of one person and towing of a vehicle, police said.

One Oakland police officer suffered non-life-threatening injuries during the demonstrations and was taken to a hospital.

(KTVU-TV contributed to this story.)