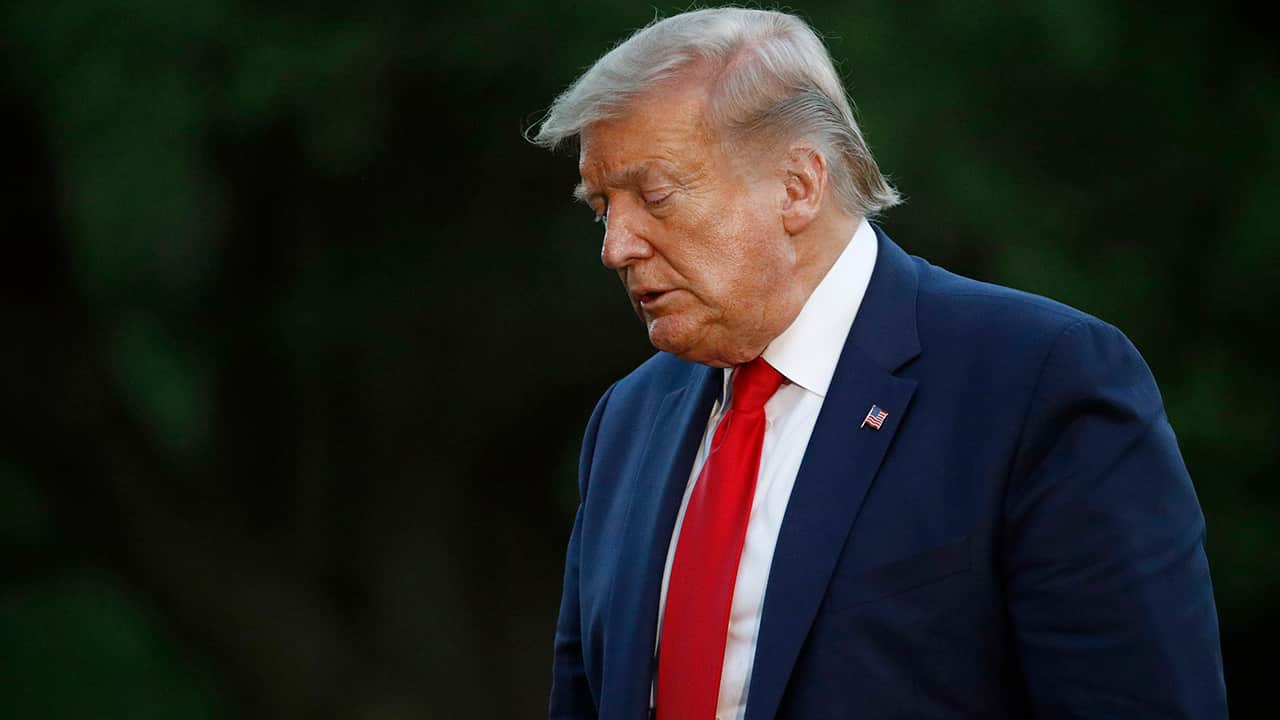 WASHINGTON — Secret Service agents rushed President Donald Trump to a White House bunker on Friday night as hundreds of protesters gathered outside the executive mansion, some of them throwing rocks and tugging at police barricades.

Trump Continued His Effort to Project Strength, Using a Series of Inflammatory Tweets

Trump traveled to Florida on Saturday to view the first manned space launch from the U.S. in nearly a decade. He returned to a White House under virtual siege, with protesters — some violent — gathered just a few hundred yards away through much of the night.
Demonstrators returned Sunday afternoon, facing off against police at Lafayette Park into the evening.
Trump continued his effort to project strength, using a series of inflammatory tweets and delivering partisan attacks during a time of national crisis.
As cities burned night after night and images of violence dominated television coverage, Trump’s advisers discussed the prospect of an Oval Office address in an attempt to ease tensions. The notion was quickly scrapped for lack of policy proposals and the president’s own seeming disinterest in delivering a message of unity.
Trump did not appear in public on Sunday. Instead, a White House official who was not authorized to discuss the plans ahead of time said Trump was expected in the coming days to draw distinctions between the legitimate anger of peaceful protesters and the unacceptable actions of violent agitators.
On Sunday, Trump retweeted a message from a conservative commentator encouraging authorities to respond with greater force.
“This isn’t going to stop until the good guys are willing to use overwhelming force against the bad guys,” Buck Sexton wrote in a message amplified by the president.
In recent days security at the White House has been reinforced by the National Guard and additional personnel from the Secret Service and the U.S. Park Police.
On Sunday, the Justice Department deployed members of the U.S. Marshals Service and agents from the Drug Enforcement Administration to supplement National Guard troops outside the White House, according to a senior Justice Department official. The official could not discuss the matter publicly and spoke on condition of anonymity.