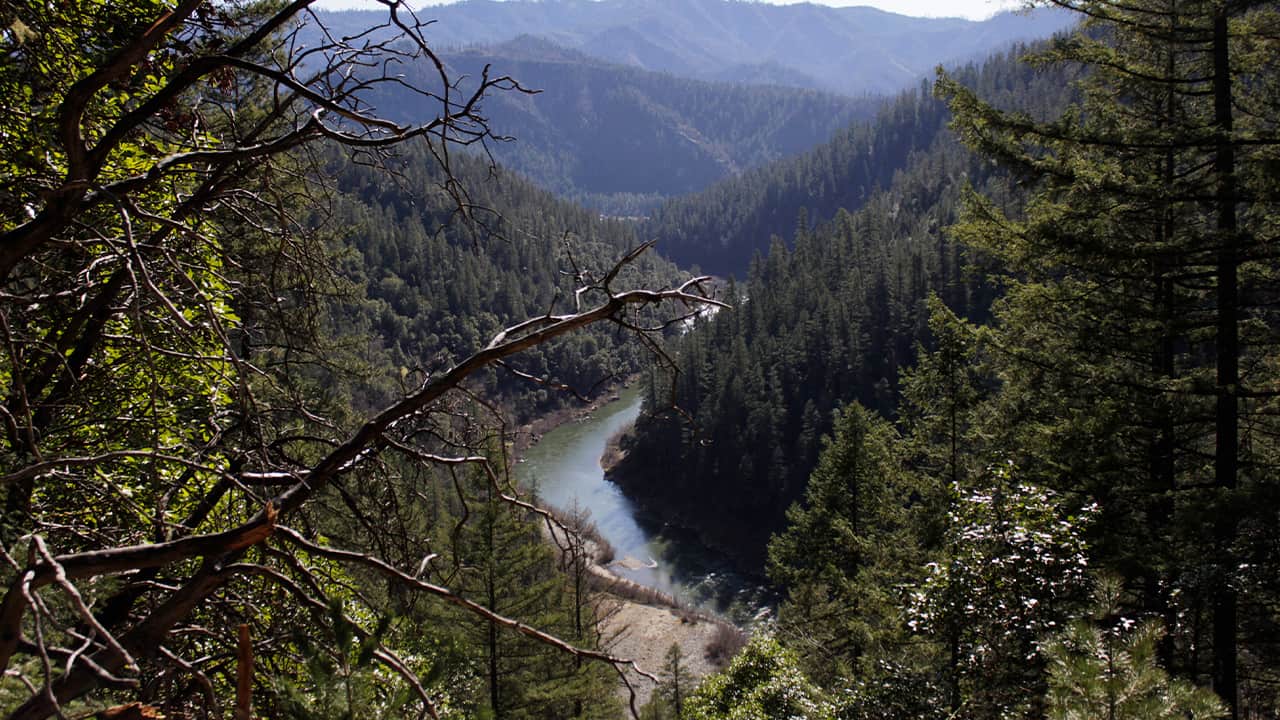 SAN FRANCISCO — Humboldt County on California’s North Coast was among the first in the state to get the governor’s green light to open up restaurants and stores after a two-month statewide coronavirus lockdown.

With only about 50 cases confirmed in the whole month of April in the county of 130,000, many breathed a sigh of relief that they’d survived the worst of it. Soon, though, county officials saw a worrisome trend: nearly 30 new cases in a two-week period and the first two deaths.

That has prompted Humboldt County officials to take a more cautious approach to reopening, in what may be a harbinger of the “toggle switch” local officials are likely to negotiate as they emerge from the lockdown.

“We have to recognize that due to some pretty serious increases that we’ve seen in cases and recently, two deaths, that it’s prudent to take a really careful approach and open up things a little more slowly than we’d really like to,” said Supervisor Virginia Bass, whose district includes Eureka, the county’s biggest city with 27,000 people.

Gov. Gavin Newsom has approved 45 of California’s 58 counties to reopen some businesses since May 8 when he loosened his original mid-March stay-at-home order. Los Angeles County, where more than 2,400 have died, is moving more cautiously, on Friday allowing curbside pickup to resume at indoor malls. Rural Modoc County, where no cases have been reported, reopened businesses the first week of May.

In Humboldt County, known for its beautiful landscapes and booming marijuana fields, the numbers have been low. But the coronavirus lurks there as well and on Saturday the county had 93 cases. County officials said two employees at an assisted living facility were the latest confirmed cases.

Businesses are required to submit a health and safety plan and meet a list of requirements before they are certified to reopen. In a video released this week, Humboldt County Health Officer Teresa Frankovich said the county will continue accepting applications but may need to slow down certifications to “match what is happening on the ground.” 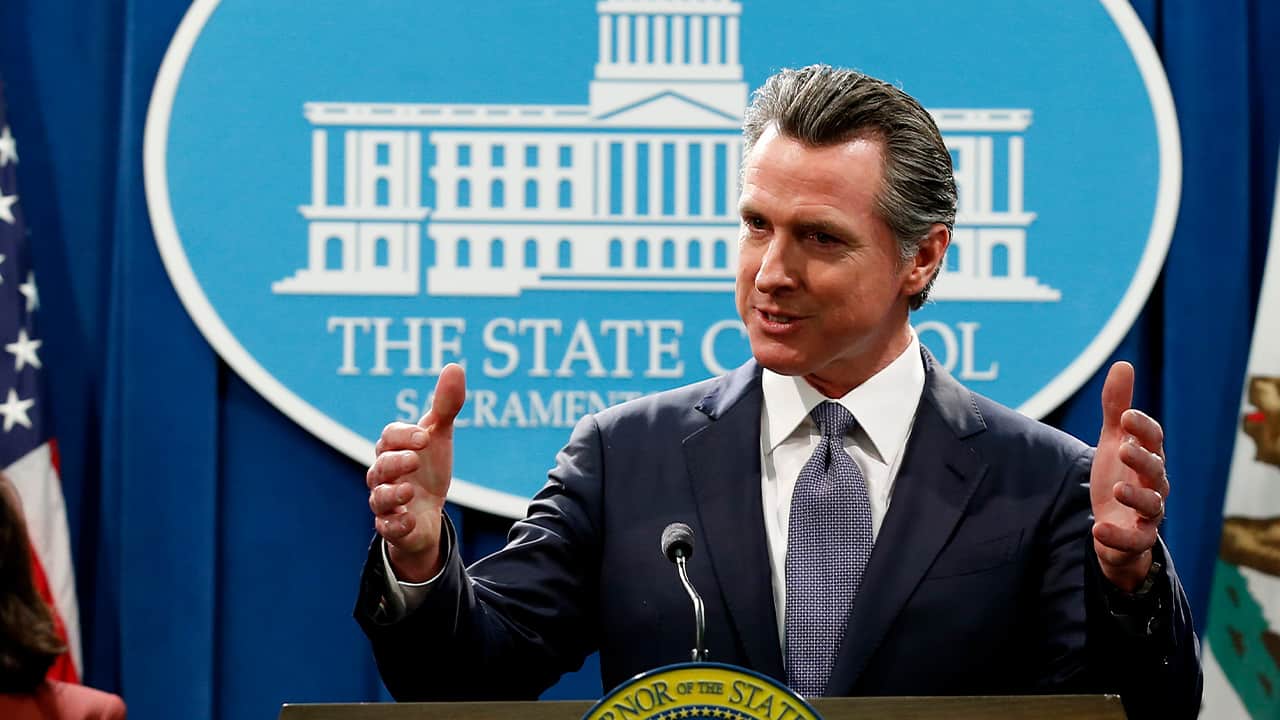 FILE – In this March 12, 2020, file photo, California Gov. Gavin Newsom speaks to reporters about his executive order advising that non-essential gatherings of more than 250 people should be canceled until at least the end of March, during a news conference in Sacramento, Calif. Newsom has approved 45 of California’s 58 counties to reopen some businesses since May 8 when he loosened his original mid-March stay-at-home order. Los Angeles County, where more than 2,400 have died, is moving more cautiously, on Friday, May 22, 2020, allowing curbside pickup to resume at indoor malls. Rural Modoc County, where no cases have been reported, reopened businesses the first week of May. (AP Photo/Rich Pedroncelli, File)

For Most People, the Coronavirus Causes Mild or Moderate Symptoms

Since the county received its May 13 go ahead, hundreds of the 6,500 licensed businesses have applied to restart, Sheriff William Honsal said in a video this week in which he answered reporters’ questions. The county’s website shows 255 were certified to reopen as of Friday.

“People want to get their business open and I agree … it’s time for certain businesses but understand, it is going be a slow process,” Honsal said.

About 100 restaurants have applied, but none have been approved to resume dine-in service, he said.

Neither Frankovich or Honsal responded to interview requests from The Associated Press.

Frankovich said in the video that the new cases are due to several virus clusters, mostly the result of people gathering outside their households and making nonessential trips out of the county.

“People are moving about more in our community in spite of our shelter-in-place order, and people are gathering to some extent,” she said. “And some people are traveling, for nonessential travel.”

One of those outbreaks is at Alder Bay Assisted Living, where a 97-year-old woman died on May 17 and another resident died Tuesday.

Administrator Mark Stephenson said the facility’s first positive case on May 6 was a worker who began feeling sick a day after a shift. Seven residents and three other staff have since tested positive, he said.

That’s prompted the facility to ban all outsiders except for essential health care workers and step up the use of personal protective equipment, he said. Authorities have not said how or where the employee was infected.

Austin Allison, a Eureka councilman, said the recent rise in cases has brought some hesitation, which he compared to “pumping the brakes.”

“It’s been sort of delaying a faster rollout,” he said. “For a while, in Humboldt, I think there was a two- or three-week period where we didn’t have more than one case every day or so. So the public was sort of getting overconfident.”

Allison, who works as a cardiac monitoring technician in a hospital, said businesses are eager to reopen and the community is suffering economically, especially due to its reliance on tourism.

Meredith Maier, co-owner of Six Rivers Brewery in the town of McKinleyville, said she applied for a county certification but hasn’t yet been approved for dine-in service. Maier said she understands why health officials want to proceed with caution in a rural community that has relatively few intensive care beds.

“At any time we have a surge, and all of a sudden we have hospitalizations, it could get really dicey for us really fast,” she said.

The new numbers have led locals to close ranks.

The sheriff asked visitors to stay away over Memorial Day weekend and warned those arriving to work harvesting marijuana to leave, saying they could face citations.

“We’d be in a different place if those people didn’t travel and didn’t expose themselves and bring it back here to Humboldt County,” Honsal said. “So, we want them to know that out-of-towners right now are not welcome.”