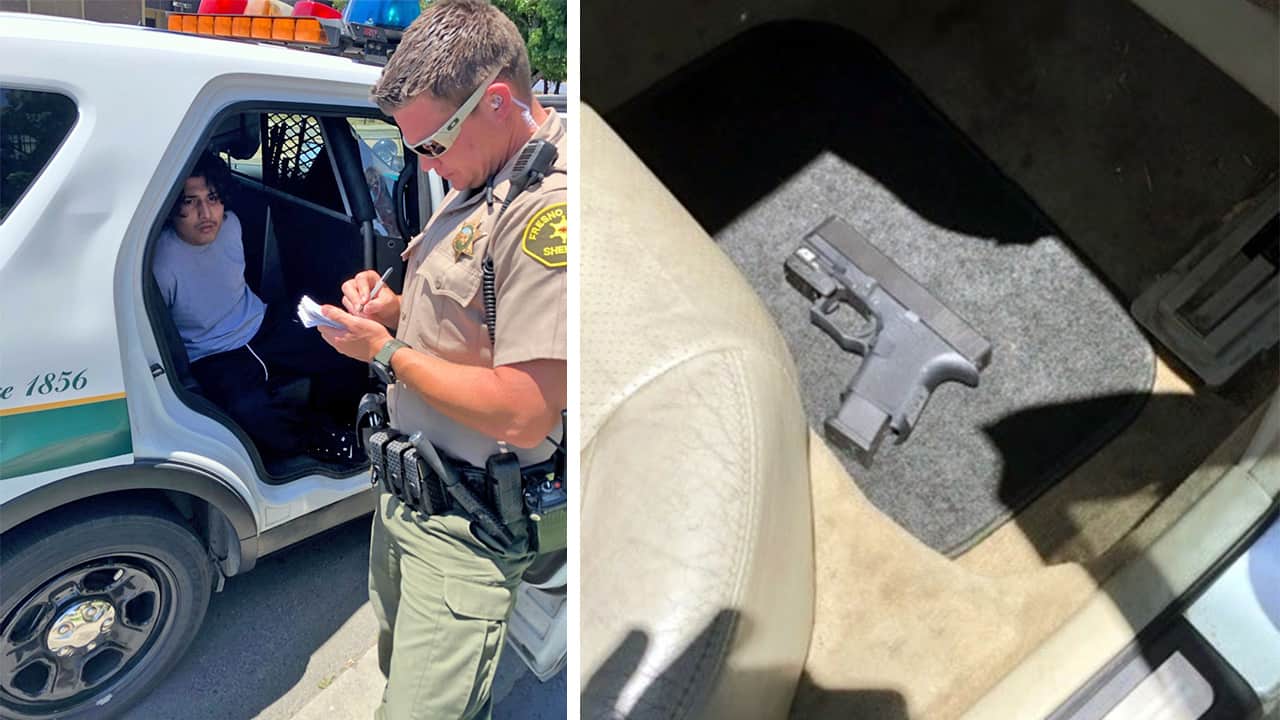 Fresno County deputies were quick to act Thursday after an 18-year-old man allegedly threatened his ex-girlfriend by shoving a gun into her mouth.

The sheriff’s office says deputies arrested Xavier Perez of Fresno about 30 minutes after the potentially deadly situation began at 1 p.m. in northwest Fresno.

Deputies dispatched to look for Perez make a traffic stop at First and Shields avenues. They arrested Perez and found a loaded 45-caliber handgun in the car.

According to a sheriff’s office news release, Perez and the former girlfriend argued while in her car. He shoved the gun in her mouth, took away her cellphone, and threatened to kill her.

She broke free and got out of the car, after which Perez hit her in the head several times. Finally, she managed to escape and run to safety at her house.

Trump Deems Churches ‘Essential,’ Calls for Them to Reopen