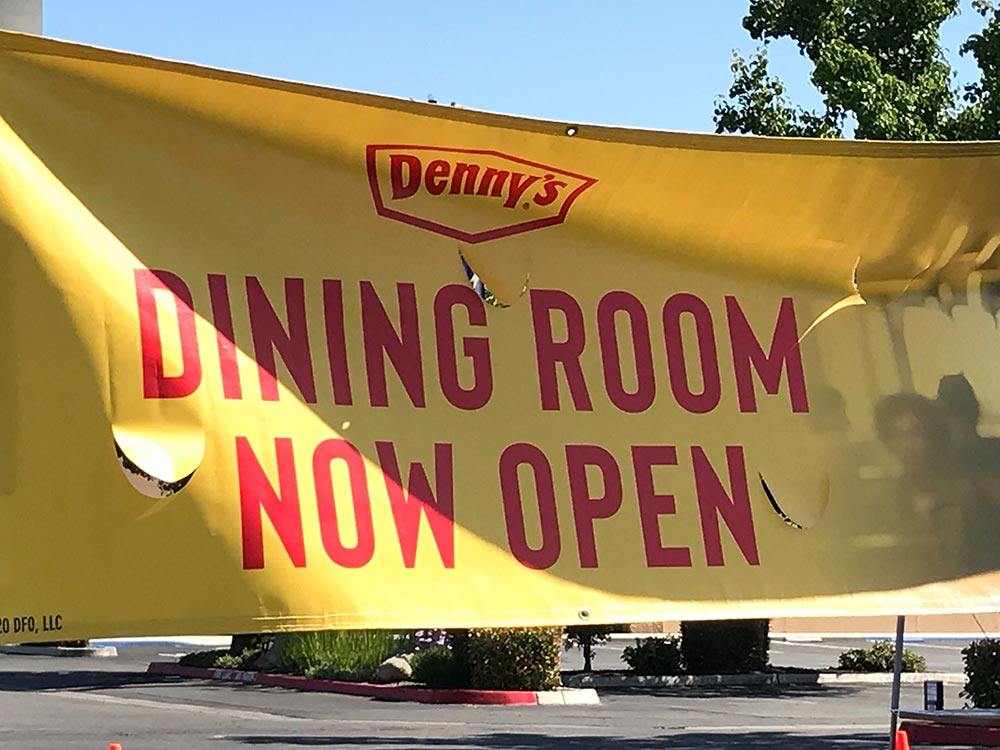 Some restaurants were ready for dine-in service first thing Friday morning — less than 24 hours after receiving the OK.

GV Wire took a drive around town on a “restaurant roundup” tour. Here is who was open, who wasn’t, and which restaurants were somewhere in between.

The Waffle Shop opened at 7 a.m. Friday. Customers were seated at every other table for social distancing, and signs warned people to stay away if they felt sick. 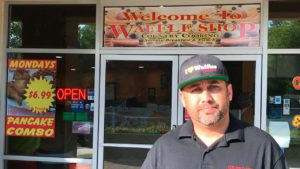 Owner Ammar Ibrahim cooked up controversy a few weeks ago when he opened his breakfast and lunch shop to dine-in customers, defying city orders during the COVID-19 pandemic. He says his customers have already paid the fines of $1,000 and $5,000 he received.

“It’s relief, we can see the light at the beginning of the tunnel again,” Ibrahim said Friday. “I barely slept last night from being excited about it. I’m not looking over my shoulder, or code enforcement showing up.”

Referred to by many locals as Andiamo’s, the Clovis restaurant opened its doors at 11 a.m. Friday for lunch. 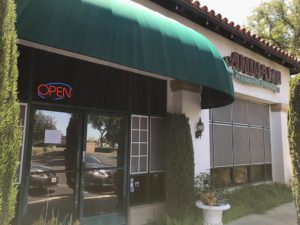 While GV Wire was there, the phone rang off the hook with people calling in to get a reservation. 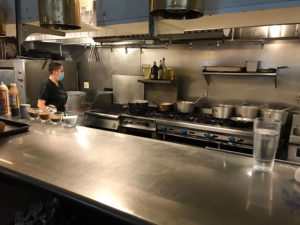 Tables were set with utensils and napkins on every other table. Cooks and servers were preparing food, dishes, and menus for the first round of customers. 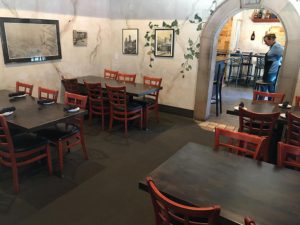 Only 50% of the tables are set to fulfill social distancing. (GV Wire, Jim Jakobs) 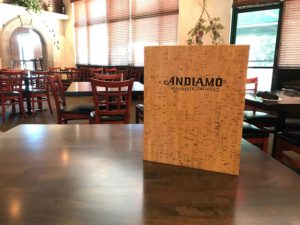 The “‘open” sign in the front window came as a shock to many people waiting in the drive-thru at In-N-Out Burger in River Park. GV Wire saw some people jump out of their cars to verify the inside portion was indeed open. The restaurant only allowing customers to sit on their patio tables for the time being. 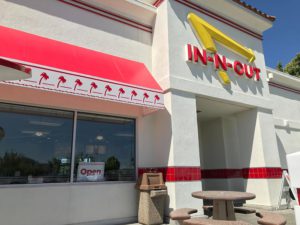 Driving up Blackstone Avenue it was impossible to not notice the brand new sign Denny’s had on the front lawn: “Dining Room Now Open”

GV Wire confirmed with a server out front that the inside diner opened this morning. While in Clovis on Shaw Avenue, another Denny’s had the same sign posted out front.

Related Story: As Fresno Restaurants Set to Reopen, Vandals Cause Thousands in Damage

GV Wire spotted a hoard of cars in the parking lot of Fat Jack Burger Restaurant on Shaw Avenue in Clovis.

The restaurant verified it was open for inside customers with social distancing. 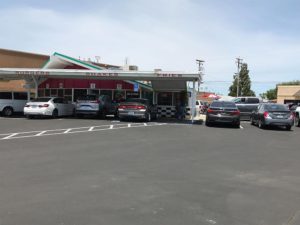 Fat Jack’s opened Friday in Clovis. The parking lot was packed with those eager for a burger. (GV Wire, Jim Jakobs)

In about a week, the restaurant will have a kiosk up front that takes the temperature of all customers and staff members before they enter the building. 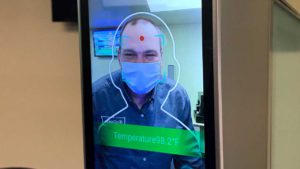 A kiosk from “OnDisplay” advertising will be at the front of Harris Ranch in about a week. Customers and staff will have their temperatures taken before going inside. (GV Wire, Jim Jakobs)

The Elbow Room will have limited seating available at their bar for people to eat and drink socially distant from one another. Shirinian is working to bring his staff back as soon as possible and plans to be fully open Tuesday for dine-in. 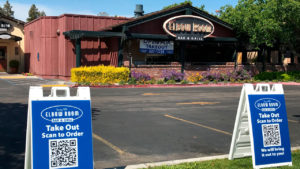 Shirinian is also part owner of Riley’s Brew Pub in Clovis and is aiming to have it open for lunch dine-in on Thursday.

In a text to GV Wire, Dave Fansler president of the Fansler Restaurant Group says, “Not until Tuesday.” 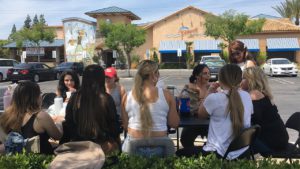 Mad Duck has been open for takeout during the pandemic. As of Friday, owner Alex Costa was getting everything ready for dine-in service at his restaurants next week.

The Northwest Fresno location at Herndon and Marks will open Tuesday at 11 a.m.

The Campus Pointe location will open on Tuesday for takeout while staff is mobilized and trained for a dine-in opening of Friday, May 29.

Costa tells GV Wire: “We are working to get the green space available for extra dining at Campus Pointe. It looks very promising.” 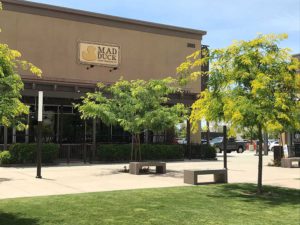 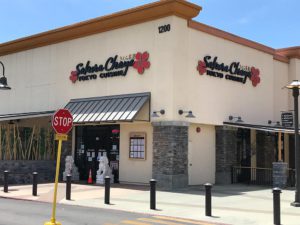 Jim Pardini confirms to GV wire via text that he plans to open Tuesday. 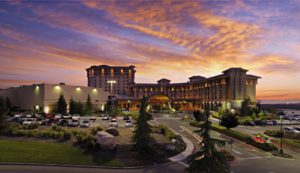 But, there will be no buffets at the resort’s restaurants.

The gaming floor will have fewer slot machines — 1,200 instead of the customary 1,800 — to increase the distance between guests. All tables will have a maximum seating of three per table.

During the initial phase, the hours of the casino’s venues will vary to ensure the adequate sanitizing time.

Law Pushed by Democrats Will Force You Into Buses, Van Pools, and High Rises