Tiny Bugs Can Be Valley Drinking Water Heroes, but at What Price? 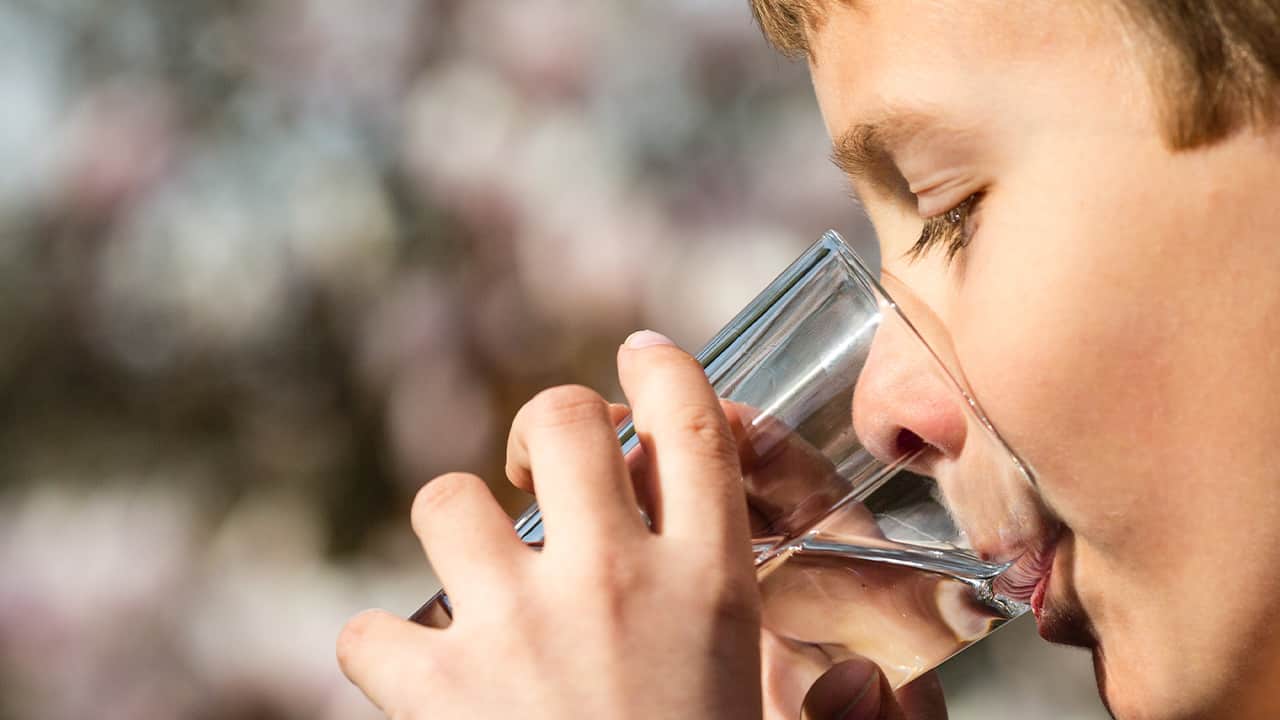 If you have a small, drinking water system in the Central Valley that’s full of nitrates, and there are plenty, a company has some bugs to sell you.

Specifically, a company called Microvi is looking for a demonstration project in the Valley to show that its “biological denitrification” process is feasible for small systems.

Bio denitrification runs water through media embedded with microbes that “eat” nitrates and convert the chemical to nitrogen gas.

Microvi has a grant to cover the cost of its equipment, but the water system has to pay the cost of the ongoing operation.

There are nearly 700 community water systems in the San Joaquin Valley, according to a 2018 UC Davis study, “The Struggle for Water Justice.” Most serve fewer than 200 connections each.

That means there aren’t many customers to help pay the freight for water treatment. And considering many are located in rural communities suffering desperate poverty, any additional cost can be too much.

Tulare County is home to dozens of failing water systems. Denise England, the county’s Water Resources Director, has worked closely with many of those systems to try and find solutions.

“(Microvi) sent over some cost estimates of $6 to $10 more a month (per customer), depending on the number of connections. But even that seemingly small amount is a lot and some of our communities couldn’t afford it,” England said.

Dealing with nitrates is a long-term issue that requires years of ongoing remediation.

England was hoping California’s new funding effort for water systems in disadvantaged communities – the Safe and Affordable Funding for Equity and Resilience program passed in 2019 – would help with those ongoing operations and maintenance costs.

But SAFER spending policies are mute on funding ongoing costs and England said it’s her understanding there just isn’t an appetite at the state for long-term funding.

“The truth is, that’s the only thing that’s going to get some of our communities out of the situation they’re in,” England said.

The Microvi project and technology is exciting, she said. But she wasn’t sure how to get over the money hurdle.

There are a number of ways to remove nitrates, most commonly reverse osmosis and ion exchange. But those methods leave a brine sludge that’s expensive to dispose of.

“(The systems) are expensive and can be difficult to operate. That’s a real challenge for small communities, like those in the Central Valley. Because these systems need daily operators and most small systems don’t have full-time operators. They can’t afford them.” — Tricia Wathen, Central California Section Chief for the Division of Drinking Water

Since microbes used in bio denitrification convert nitrates to gas, there’s not much leftover waste, if any.

Bio denitrification isn’t new. It’s been used in Europe to clean up drinking water since 1804, according to a 2012 UC Davis Study, “Addressing Nitrate in California’s Drinking Water.” And it’s been used here in the U.S. for many years to clean up wastewater.

But using bugs to clean up drinking water has been slow to catch on here.

That 2012 UC Davis study noted there was only one bio denitrification project in the U.S. at the time in Coyle, Oklahoma.

In the ensuing eight years, California has only permitted four bio denitrification projects, three in Southern California and one in the Central Valley with the City of Delano.

The projects are subjected to intense scrutiny by the state. The required monitoring and reporting are done through real-time computer analysis, which is complex and pricey.

No one wants bugs that are supposed to clean the water to end up in a customer’s tap.

“(The systems) are expensive and can be difficult to operate,” said Tricia Wathen, Central California Section Chief for the Division of Drinking Water. “That’s a real challenge for small communities, like those in the Central Valley. Because these systems need daily operators and most small systems don’t have full-time operators. They can’t afford them.”

Wathen is on a state committee that recommends how best to evaluate data for bio denitrification projects. 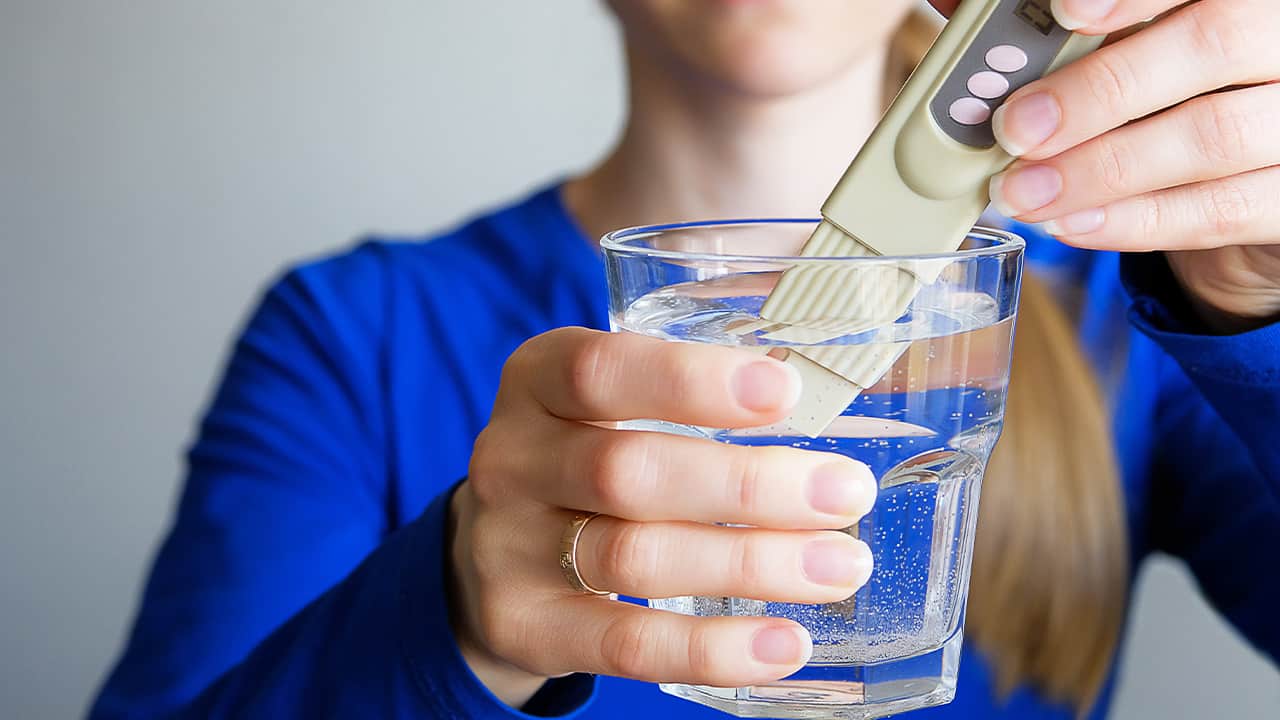 Providing clean, safe drinking water is a challenge for many Valley communities. (Shutterstock)

“The technology is proven to work on a larger scale,” Wathen said. “And I think it would be great if it could work in the Central Valley. But can it be downsized?”

Microvi, one of three companies with bio denitrification systems operating in California, is exploring that question.

It already has a system running in the 6,300-connection Sunny Slope Mutual Water Company near Pasadena. It has another in Cucamonga Valley that’s built with a permit pending.

It received a grant from Elemental Excelerator, a business incubator that funds companies working on climate change solutions, to make its technology feasible for small disadvantaged communities.

“We’ve run into roadblocks in the Central Valley. It can be very political,” he said. “We have reached out to the activist groups but their agenda is different. They’re pushing for overall solutions and are focused on state funding.”

Dorri said he was unprepared for the human equation tied to Central Valley water systems, something Tulare County’s England agreed is a very real and thorny factor.

Most small communities with failing water systems have been working on possible solutions with the state, their counties, clean water activists or other nonprofits for years.

Water treatment isn’t just about engineering. It’s expensive. The health of families and, especially children in the case of nitrates, is central. There is a lot of emotional investment from a lot of different perspectives.

Despite the challenges, Dorri said he is undeterred.

“We’ve run into roadblocks in the Central Valley. It can be very political. We have reached out to the activist groups but their agenda is different. They’re pushing for overall solutions and are focused on state funding.” — Ali Dorri, vice president, Microvi

Dorri said the Elemental Excelerator grant pays for the capital costs of the Microvi system.

“The only thing the water system is responsible for is the plumbing and to get the water into and back out of the system. Our goal is not to increase the customer’s monthly bill by more than $8,” Dorri said.

Ultimately, he said Microvi and Elemental Excelerator want to see if there’s a way to entice private investment.

“My goal is to show private investors that they can invest in projects in the community and get a return. There’s a lot of wealth in this state,” Dorri explained.

Microvi isn’t the perfect solution for every water company, Dorri acknowledged. But for some, it’s a perfect fit.

In one case, the Hillview Water Company in the foothills above Oakhurst did find Microvi a good fit, according to general manager James Foster.

Hillview worked out a five-year deal where Microvi will install and operate the system for a $1,000 monthly fee.

Hillview is one system among four clustered together that serves nearly 1,500 connections.

“That’s hardly anything when you spread it out,” Foster said. “We found it very affordable.”

Foster had hoped to get the Microvi system online in April. But the equipment was just delivered this week so it will be some time before he knows how well it’s operating.

Meanwhile, Pamela Jarecki, director of Lake of the Woods Mutual Water Company, said her board found Microvi far too costly for them.

“The equipment was free but we’d have to put up the cement slab, do the electrical, build the housing, just that was going to be a huge expense,” Jarecki said. “Then it was going to be between $1,300 and $1,500 a month and our operator would have to do the work.”

With only 401 connections, she said, there was no way to justify the expense.

AdEdge put in the Delano bio denitrification system as well as one in the West Valley Water District near San Bernardino and has two more in other states. AdEdge markets the biottta system, which was created by Carollo Engineers, Inc.

The Delano project was funded by a $5 million grant through Proposition 50 in 2015.

A third company, APT Water, has a bio denitrification system operating for the Crescenta Valley Water District near La Canada.

The Delano project was funded by a $5 million grant through Proposition 50 in 2015.

That price tag included much more than the AdEdge system, Gilles said. The state wanted to use the project as an educational lab as well. Had Delano just put in a nitrate removal system, the cost would have been about $2.5 million for everything, including equipment and ongoing costs.

“The technology isn’t the problem, it works,” Gilles said of using microbes to clean water. “It’s ready for prime time. It’s the funding that’s the challenge.”

In fact, he said, the biottta system clears out more than nitrates. It can also clear perchlorates, chromium, and volatile organic compounds — that includes 1,2,3-TCP, a carcinogen left from fertilizer that’s in nearly every water system in the Valley.

“We have dozens and dozens of proposals out there and people are very excited by the technology. But we say, ‘Great, call us when you get the funding,’ ” Gilles said.