Politico Republican congressional candidate Ted Howze said earlier this month he had nothing to do with social media posts from his personal accounts that demeaned Muslims, accused prominent Democrats of murder and mocked a survivor of the Parkland school shooting.

The “negative and ugly ideas,” he asserted, were penned by others whom he’d given access to his accounts, but he declined to name them.In the weeks since his denial, new questions have emerged about that explanation.

At least a dozen additional posts from Howze’s account over a two-year period espouse conspiracy theories, suggest Hillary Clinton and Rep. Debbie Wasserman Schultz (D-Fla.) are responsible for murder, or denigrate Dreamers, Islam and the Black Lives Matter movement. As of Tuesday afternoon, they were accessible on his personal Facebook account. 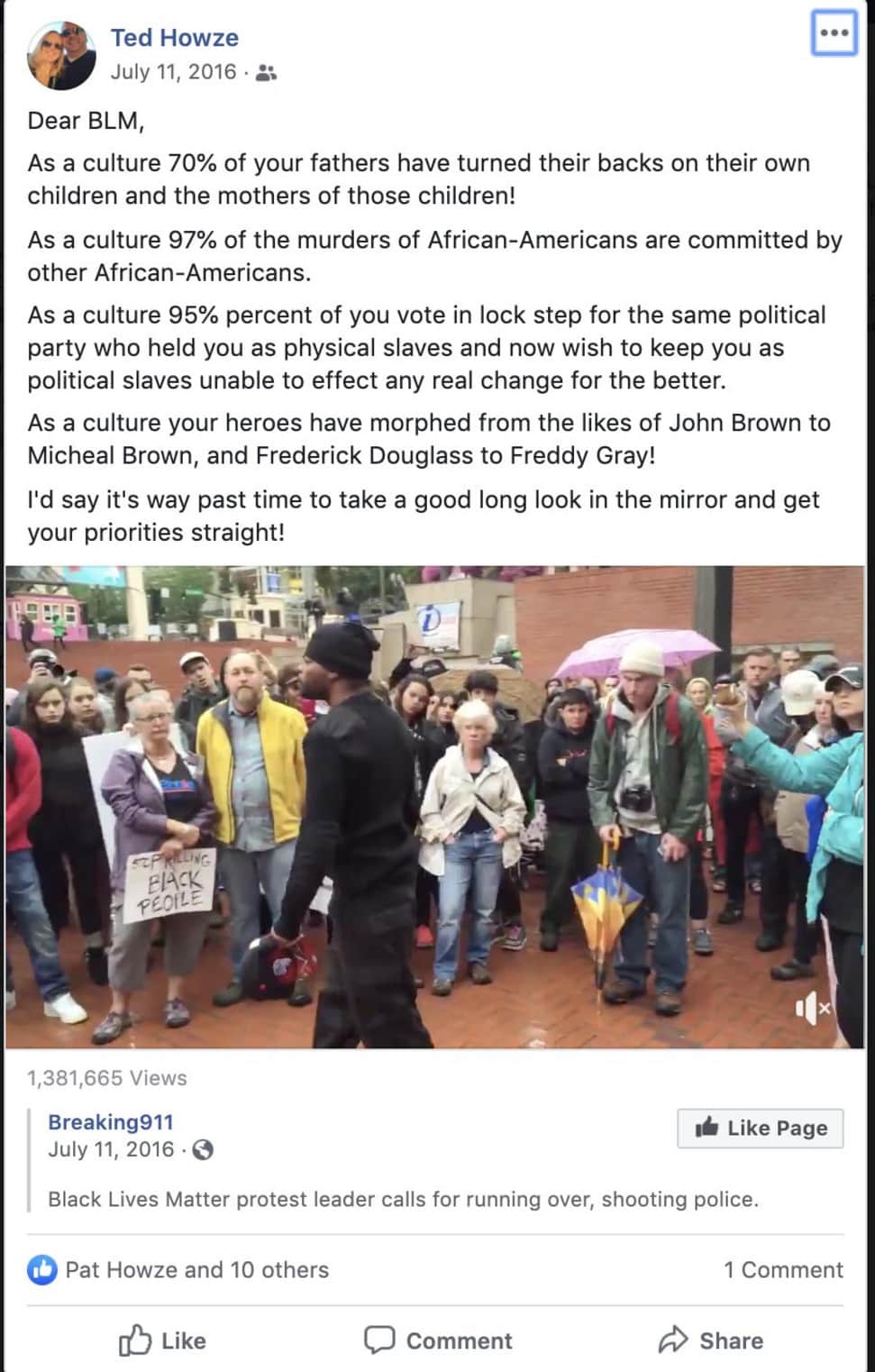 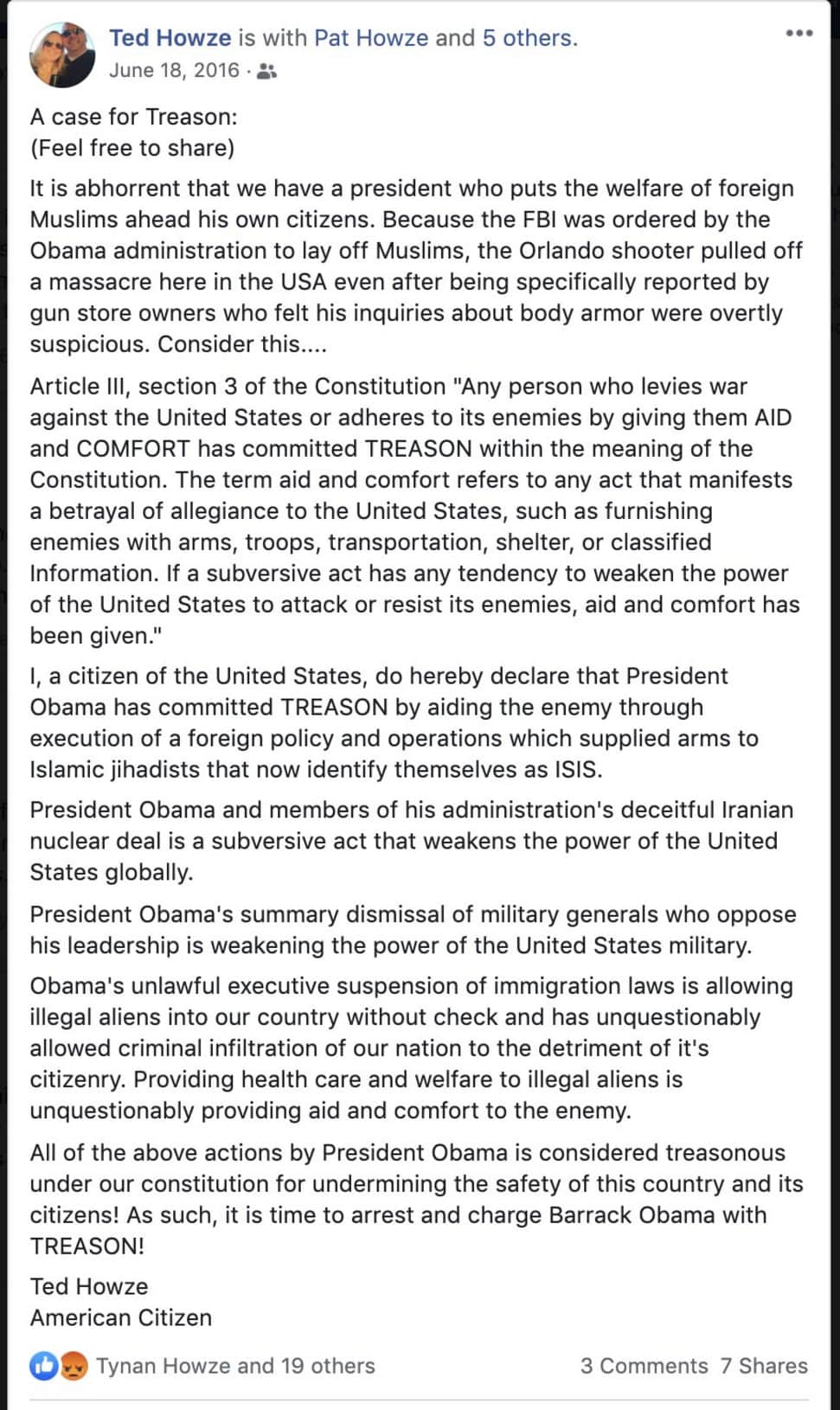 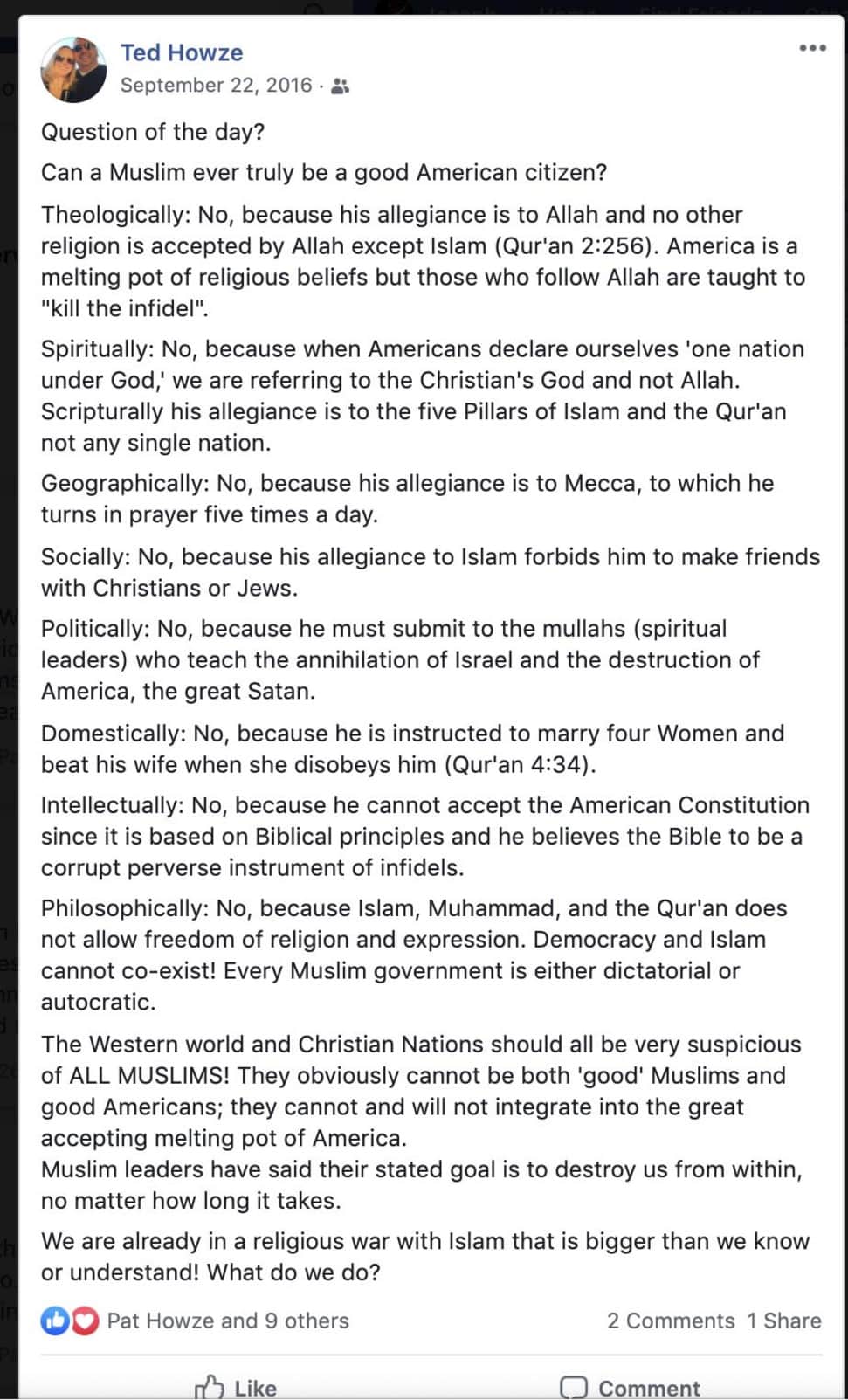